Football
News
The former Derby County boss has agreed terms to be the next manager of D.C. United
Conor Keane
16:08, 11 Jul 2022

Over the last 18 months, Wayne Rooney has built up a strong reputation as a coach in England after the wonders he was able to achieve with Derby County despite all their financial hardship. He had no room for any real recruitment strategy and was forced to promote players from within the academy to make up the numbers - yet he still had his side showing more fight than anyone could have ever imagined.

The former Premier League star united a club that was shrouded in darkness and managed to instil belief in the community along with the rest of the country that the Rams could in fact battle against the odds and handle all obstacles thrown at them. They may have suffered relegation to League One last season, with the 21-point deduction proving too great for any escape in the end, but add those points back on to their final total and they would have finished comfortably in 17th - which just highlights the stellar job Rooney had done.

So when the club was set to be rescued from administration by local businessman David Clowes after a bid from Chris Kirchner fell through, Derby fans breathed a sigh of relief before quickly thinking about what the Rams boss could now achieve with financial backing in the transfer market to really express his philosophy as a coach. But in a surprising turn of events, the 36-year-old handed in his resignation at the end of last month, just days before the takeover was completed. 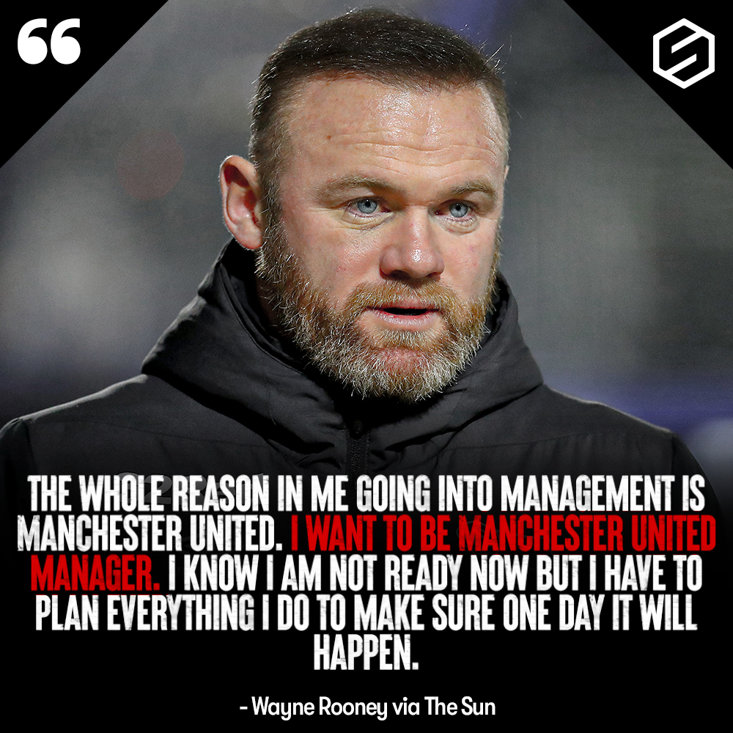 Reports suggested that he had closer ties to the Kirchner bid than what was on the surface but his departure still came as a massive shock across the Football League. It was only a few months ago that he turned down an invitation to be interviewed for the then-vacant role at boyhood club Everton, making clear his commitment to the cause at Pride Park. To see him walk away from something so positive, that he built in the most negative period in Derby’s history, was unexpected. However, if he was moving up the English football pyramid no one would have argued that he’d earned it.

When reports emerged over the weekend that Rooney was heading back to D.C. United as their head coach, having spent time there as a player before his move to Derby, everyone was left thinking the same thing: he is taking a backwards step in his managerial career.

With the greatest of respect to MLS, which has come a long way in recent years and continues to grow, it is not the ideal environment for Rooney at this stage of his career. If this was to be the former forward’s first command, everyone would feel positive about the move. But given that he has already proven himself at Derby, where so many variables were out of his control, his departure was only going to be understandably acknowledged if he was returning to a high-end Championship club. That seemed the appropriate next step in his managerial career as he aspires to one day be the man in charge at Manchester United.

From his experience at Derby, you can’t imagine him being anything other than a roaring success at D.C. United, but the time he spends there will not offer the same development to his coaching skills that staying in England would have provided - offering a faster route into the Old Trafford hot seat than the avenue he has opted for.