Rugby League
News
Why would England’s best hooker sit and watch the World Cup on TV, when he could be right in the heart of an experience of a lifetime?
George Riley
08:35, 22 Jun 2022

England’s first-choice hooker for the upcoming World Cup remains a 36-year-old who called time on his international career last year.

James Roby has ignored, deflected and even laughed at talk of his international return this month, as England instead fielded their four other options in last weekend’s fixture with the Combined Nations.

Super League’s record appearance maker will make a decision in the next fortnight over whether he will retire for good at the end of the domestic season or go around one more time with St Helens.

But The Sportsman had one key question for Roby when we caught up this week.

He remains at the top of his game and the best option England has for a World Cup being played on home soil this autumn. So why would England’s best hooker sit and watch the World Cup on TV like the rest of us, when he could be right in the heart of an experience of a lifetime?

In short, why wouldn’t he play?

“That’s a tough question that,” Roby replied, having already deflected any probing about an international recall by simply saying he hasn’t discussed it.

“It’s one of them where there is a load of pros and cons for both,” he tells The Sportsman.

“Maybe as an ageing player I don’t want to overstay my welcome or risk another injury, things like that.

“There’s a number of factors but I don’t really know how I would feel until I get to that moment if for example I am sat there just watching the World Cup then maybe I might be really jealous or itching to be involved and really regret my decision.

“But at the moment I still think it’s the right decision for me and my family and I’ve not had any dialogue anyway with (head coach) Shaun Wane or any of his staff.” 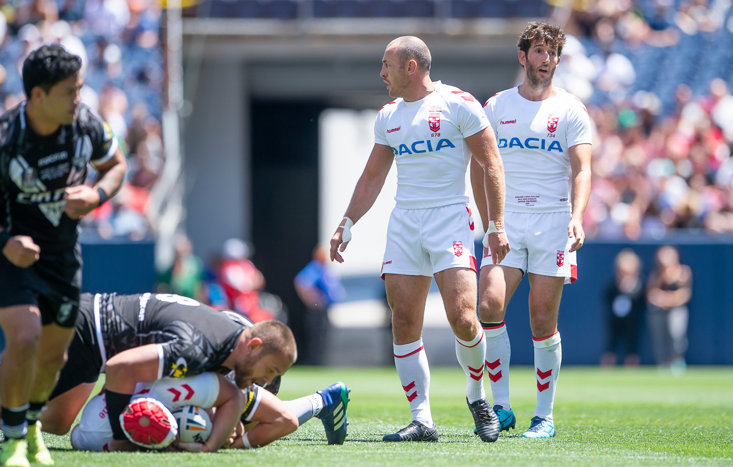 There is so much to dissect from this answer, but the feeling is that Roby remains too humble to make the first move. Even though he is still England’s best number 9, he feels it is not for him to say so. Yet Wane says he has too much respect to ask Roby to reconsider his position, hence the impasse.

Certainly the “overstay my welcome” bit can be put straight in the bin. Collectively and individually, England’s coaching staff all acknowledge that Roby remains the best number 9 they have available.

When making the decision last year Roby would have expected Josh Hodgson to be first choice, with plenty of competition from Paul McShane and Daryl Clark, meaning his own anticipated ageing legs would probably just get in the way.

What has since happened is that Hodgson suffered a serious ACL injury in the opening ten minutes of the NRL season and is out, Roby has surprised even himself with his form and fitness, while Clark and McShane’s performances have dipped to the extent that Michael McIlorum has been recalled for the first time since 2013.

The injury part is interesting. One of the key reasons the St Helens legend was able to surpass Kevin Sinfield’s appearance record has been his avoidance of serious injury over an 18-year professional career. The pandemic and lockdown helped Roby’s ageing body stay at the elite level it has by removing contact training during the week, thus enhancing recovery.

“My reasons for calling it a day when the World Cup was pushed back a year was that maybe it was a year too far. There was no way I could have predicted how I would be coping and playing body-wise as well as mentally at this stage of the year,” Roby admits, with perhaps the clearest indication of a rethink.

“I’d probably have predicted I’d have slown down a little bit more than I have the last couple of years. But I’m feeling great.”

The lack of discussion is a strange situation that will surely end soon. Wane may or may not make the approach himself, but in assistant coach Paul Wellens he has a man who sees Roby every day at St Helens and it is implausible that he would not have that conversation, if indeed he has not already. 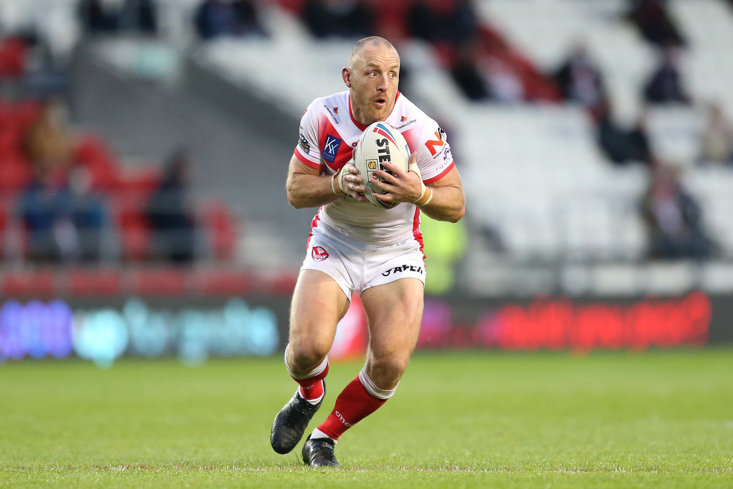 Wellens himself told me last week that if Roby picked up the phone and asked to return for the World Cup then Shaun Wane would be “delighted” to have him back.

“I’ve had no dialogue with anyone at England and as far as I’m concerned I’m retired from international rugby. I just concentrate on playing for St Helens,” is Roby’s response to that one.

And then there is the imminent decision over whether he extends his club career by one more year.

Will that influence any World Cup rethink? Probably.

If Roby decides this is indeed his last season, it would seem likely he would make the World Cup his farewell. After all, what would be the worst that could happen?

If, as many expect, he decides to give Saints one more year, that may be the moment he categorically ends the World Cup talk. It would be a very short pre-season after a bruising international tournament for a man who turns 37 three days after November’s World Cup Final.

Right now Roby’s focus is solely on helping Saints fend off the threat to their Betfred Super League title defence, with bitter rivals Wigan mounting a huge charge, earlier than even they expected in their rebuild.

Warriors coach Matt Peet insists Wigan are way off Saints and it will take “years” to knock the champions off their perch.

But old head Roby is having none of it.

“They are snapping at our heels and he (Peet) is probably trying to be nice saying we are out in front but I think the gap is a lot closer than that.

“Wigan are quality and are never going to go away. Maybe the last couple of years they have slipped below their standards or dropped a little bit but I am very impressed with how they are going under Matty Peet’s leadership and they will be there at the end of the year.”