Four rounds into the Betfred Super League season, there are three teams yet to record a loss, three teams still hunting their first win, and the six in-between looking to establish some early season consistency.

In round five, at least one of those unbeaten records is set to fall, and we are finally going to get to a glimpse of the one of the greatest players of all time lacing up their boots in the Super League, as Greg Inglis makes his Warrington Wolves debut.

Someone’s zero has got to go (probably) on Thursday night as two of the early pace setters go head-to-head. Hull FC have the rare distinction of having a draw next to their name after golden point failed to separate them and Warrington, whilst Wigan have made a perfect start to the defence of their League Leaders crown with four wins from four.

Despite that 100% record, Adrian Lam’s side are still yet to hit their straps for a full eighty minutes so far this season, with a number of first team players still missing, or only just making their return to the side.

One man who has been ever-present, and in fantastic form, for the Warriors is Zak Hardaker. The England International has reclaimed the Fullback shirt in Bevan French’s absence, and seems it in little mood to give it back now that the Australian is back in the fold. 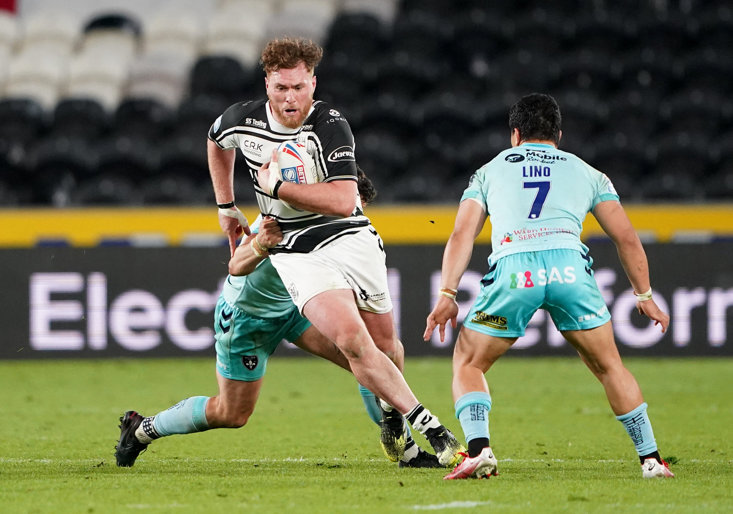 A Man Of Steel winner in 2015, Hardaker has made some pretty bold statements this week, claiming that he is currently the best fullback in the year, and whilst the debate over who Shaun Wane’s number one should be come the World Cup will rage on, based on current form; you can certainly see where he is coming from.

Meanwhile, another late returner to the squad; Jackson Hastings put in another impressive performance against Castleford, showing signs of the form that earnt him the Man Of Steel crown in 2019.

Lining up on the side of the ball is another England Fullback hopeful in Jake Connor. After a spell of appearing nomadically throughout the backline, Connor seems to have finally made the number one shirt his own, and there are many on the West side of Hull who are hoping that he is starting to realise his massive potential.

Connor isn’t the only FC player to have found form early on this season; Jordan Lane has been rewarded for this strong performances with a call up to the England Knight’s squad, whilst Josh Griffin has maintained his place in Shaun Wane’s Elite Player Unit.

Brett Hodgson seems to have installed an aura of calm and consistency that the Airlie Birds have perhaps lacked in previous incarnations, but Thursday night’s clash will be the litmus test for their trophy ambitions.

Prediction: This is a really tough game to call with both teams high on confidence, it could be settled by a moment of genius or bad luck, but I’m just leaning towards a Warriors win now that Hastings has had time to fully bed himself back into the squad. Wigan by 6