Ajax’s astonishing run to the Champions League semi-finals provided many of their youthful, exciting squad with a prime spot in the shop window.

Frenkie de Jong was first to secure a lucrative new deal by signing for Barcelona while Europe’s top clubs are queueing up for Mathias de Ligt. But what of another Ajax midfielder Donny van de Beek, a player who was tipped to make the leap to one of Europe’s powerhouses much quicker than his team-mates? His name will be on everyone's lips again when the Nations League kicks off this week and he has no shortage of admirers.

The 22-year-old has made nearly 100 senior appearances for Ajax, scoring 20 goals in the process. Initially viewed as a replacement for Davy Klaasen when he left for Everton, van de Beek matured quickly while Klaasen failed to make an impact at Goodison Park, shipped out to Werder Bremen. Last term he chipped in with a handy nine goals and 10 assists. He made his first senior start for the Netherlands in 2017 having played for the U17, U19, U20, U21 teams.

Barcelona and Bayern Munich have both been linked with the player in the past but this week he is being talked about as a second choice for Real Madrid should they fail to land Christian Eriksen or Paul Pogba. In turn, Spurs have also been talked about as being interested in van der Beek should their Danish playmaker jump ship in the summer.

He would cost around £45million, less than Barcelona paid for de Jong and the price tag around de Ligt’s neck could be as high as £65million. There have been some suggestions that Ajax would have let him go for much less in January before that celebrated Champions League run put him back on the radar of Europe’s elite clubs.

Famously tipped as a star of the future aged just 10 by the legendary Dennis Bergkamp, van de Beek scored goals against both Juventus and Spurs during Ajax’s Champions League campaign. He has that rare ability of being able to slow down the game and pick the killer pass.

While football romantics will be sad to see this current crop of dynamic Ajax homegrown talent broken up, it would appear van de Beek is destined to leave this summer and he'll be spoilt for choice as to where he'll be playing next season.

AjaxTimes
@ajaxtimes
🎙 — Donny van de Beek: "My role as a reserve at the start of the season has only made me stronger. Of course I was disappointed at first, but I never let my head down. I knew I had the qualities to be important to the team and that I was capable of fighting my way back." 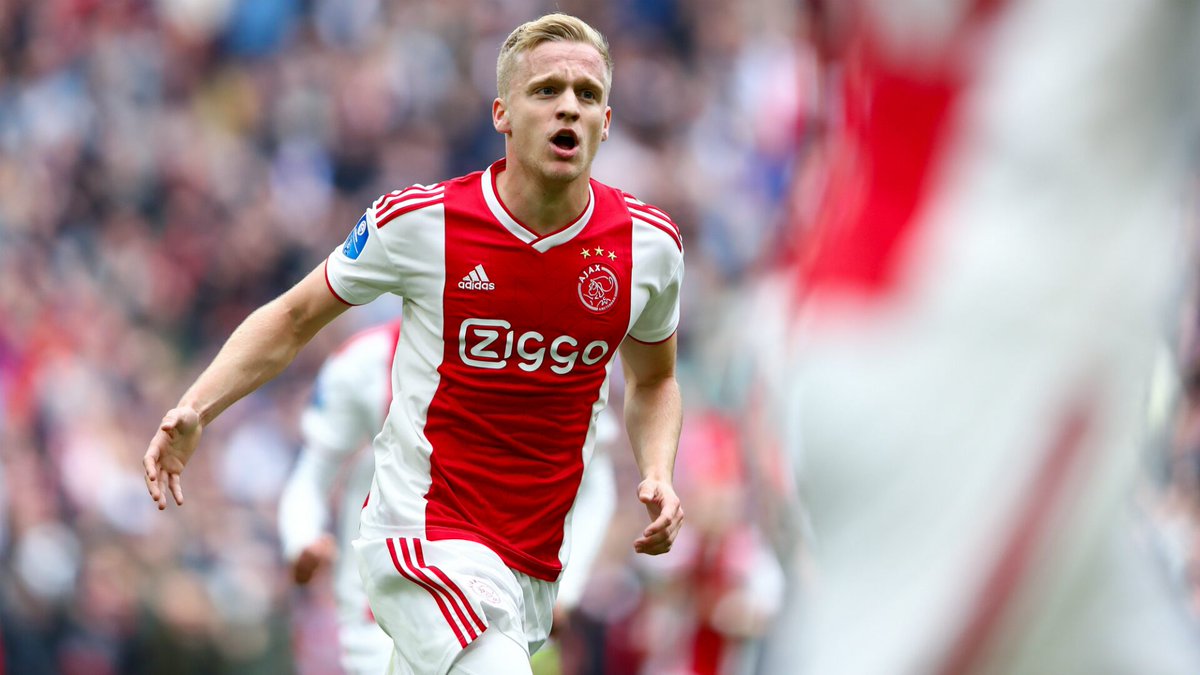