Football
News
Only time will tell what sort of manager the Barcelona legend will become
Joey Mills
14:10, 29 Oct 2021

Barcelona icon Xavi looks set to return to Camp Nou as manager, after the sacking of Ronald Koeman. The Al-Sadd coach has long been touted as a Barcelona manager in waiting, and looks set to get his chance after two years at the helm of the Qatari club. The appointment echoes Pep Guardiola’s journey from midfield fulcrum to studious coach. However, it also carries more than a hint of the thinking that brought Ole Gunnar Solskjaer back to Manchester United.

As with the recent spate of club legend managerial appointments across football, Xavi would not be considered for this role based purely on his managerial CV. While he has done an excellent job in Qatar, winning seven trophies in just over two years, the jump in standard to La Liga is staggering. Due to the drop-off in quality, you could reasonably claim Solskjaer’s achievements with Molde are more impressive, and perhaps even make an argument that Frank Lampard’s Derby stint was superior to Xavi’s Al-Sadd experience.

But experience is not the reason Xavi is in the process of being handed one of the biggest jobs in football. Rather, it is his role in a period of untold triumph, when he stood on the other side of the touchline, that has seen Barcelona President Joan Laporta pull the trigger. Xavi was quite simply one of the finest midfielders of his generation, and won every available trophy during his time playing for the club.

What’s more, he is a product of La Masia, the vaunted youth system that sustained the Pep-led glory of 2008-2012. Barcelona’s strained financial situation has left them needing to look to youth again. After a misspent decade trying to buy success, Xavi is an appropriate emblem for this shift in focus. 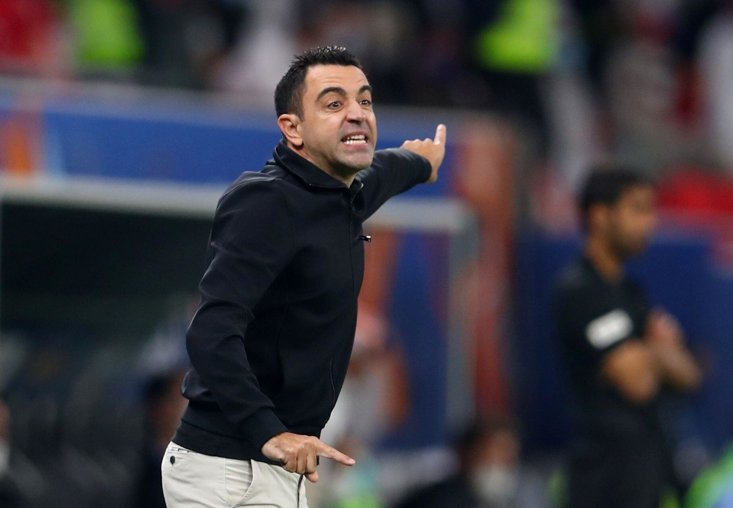 More broadly, Xavi represents a return to Barcelona’s core values, a timely reminder of when the team was at its most successful. So, a bit like Solskjaer then. In the wake of Manchester United’s 5-0 humbling at the educated feet of Liverpool, many will balk at the comparison. But it is a valid one. Both are legendary figures at their respective clubs, both are inextricably linked with their spells playing under their team’s greatest-ever manager. Both have enjoyed modest success managing far smaller clubs, but have been given the job based more on name value than coaching credentials. Xavi, like Solskjaer, will find himself charged with restoring the eroded values of a sleeping giant. The former World Cup winner would do well to cast an eye over happenings at Old Trafford, and perhaps learn from the mistakes that have been made during the Solskjaer era.

Of course, Barcelona do have form in appointing iconic former midfielders with negligible managerial experience as head coach. While Xavi might bristle at comparisons to Solskjaer and Lampard, he would surely revel in the parallels with Pep Guardiola. As a player, Xavi modelled his game on the current Manchester City boss, and could do the same with his coaching career. Guardiola’s first job in management was with the Barcelona B team, a side Xavi played for, and together they went on to clinch every single honour possible with the first team.

At this early stage, it is difficult to judge what sort of Barcelona manager Xavi will be. He has inherited a difficult set of circumstances. The club is financially crippled, the squad is an awkward mixture of hastily-collected veterans, mercenaries and La Masia youngsters. The Catalan giants sit ninth in the table, and third in their Champions League group with just one win in three games. But what he will surely be afforded is time, as Axel Emmink of BarcaCentre told us, “Xavi is the perfect choice. He's ready to come to Barca. We will return to our roots. It will take time but at least we'll see progress being made, and that wasn't happening under Koeman. Fans will have much more patience as Xavi knows the club like no other. We'll see dominant football return in combination with the up and coming youngsters.”

With the fans seemingly on-side, and a situation almost so bleak that the board will not expect him to turn it around immediately, the outlook is good for Xavi. Time will tell whether he can unite such a disparate set of players under the same philosophical banner like Guardiola perhaps would, or if he will instead try and wring as much as he can out of his scattered stars like Solskjaer attempts to do at United. Xavi was such an incredible player that almost nothing he does could blunt that legacy, but making a success out of this Barcelona side could launch a managerial career every bit as great as his playing days.