Football
News
It will be interesting to see if the Hornets have learnt from their relegation season that saw them sack three managers without any success
Simon Lillicrap
10:12, 27 Jul 2021

In less than two years, Watford have had four permanent managers. Xisco is the man currently in the hotseat having led the Hornets to promotion following the sacking of Vladimir Ivic. It seems for all the criticism they face, their hire and fire policy does work to some extent, but how will they get on in their first season back in the Premier League?

It will be interesting to see if they have learnt from their relegation season that saw them sack three permanent managers without any success. Javi Gracia, the manager who led them to the 2019 FA Cup final was sacked in September, Quique Sanches Flores returned to the club but only lasted 12 matches and then Nigel Pearson came in to save the club from relegation but was sacked with two games remaining.

Surely this time they must stick to their guns and trust Xisco to get the best out of these players, as he has done so far in his tenure. Their promotion was built on a tight defence and clean sheets. No team conceded fewer goals than Watford last season, and it will be this back four that will attempt to keep them in the Premier League. 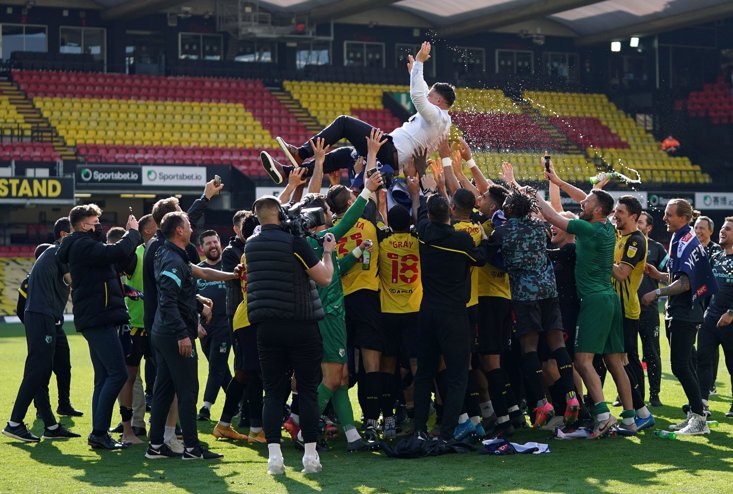 The signings have been smart so far, if not extravagant. They boasted on paper one of the strongest squads in the second tier as Joao Pedro, Ismalia Sarr and Troy Deeney were all retained and Sarr in particular shone, scoring 13 goals. He may not have expected to play in the Championship when Watford paid a record £40m for him from Rennes, but the season may actually have done him good as he now prepares to make his mark on the top flight.

The Pozzo family have faced criticism during their ownership of the club, but this summer, the transfer policy seems to be more sensible than flash. Joshua King, having been linked with Manchester United while he was at Bournemouth, has been brought in on a free transfer which looks like a shrewd signing, while Ashley Fletcher and Danny Rose have also joined on a free.

Imran Louza has joined from FC Nantes for £9m, while Emmanuel Dennis has arrived from Club Brugge and Cucho Hernandez has returned from his loan at Getafe and has got rave reviews in training. Things are looking positive so far in pre-season, but Watford still face a tough test to avoid relegation in a Premier League that is looking strong in the bottom half.

The key could well be a strong start to the season. They have a kind opening run of fixtures that includes Crystal Palace, Norwich City and Brighton and Hove Albion so if Xisco can get a good number of points on the board early on, that will take the pressure off his shoulders and give the Hornets a good platform to build upon.

They should be a decent watch too. Sarr is one of the fastest players in English football and can terrorise any defender in the top flight while the combined strike power of Joao Pedro and Josh King should provide goals, while hopefully Xisco is given a decent amount of time to prove he is the right man for the job.

Fellew newly-promoted side Norwich City have received lots of praise for sticking with Daniel Farke and it is good to see loyalty rewarded in football, but Watford’s board are likely to face another tough decision at some point this season. Whether they have learnt from the error of their ways or decide to wield the axe again could make or break Watford’s season.