Football
News
In Tuchel, N'Golo Kante may have found the man who can make him shine at Stamford Bridge once again
Simon Lillicrap
08:00, 28 Feb 2021

Amid a whole host of storylines lined up for Chelsea v Manchester United, one person is sure to go under the radar again, just as he likes it. As N’Golo Kante steps out onto the Stamford Bridge pitch, he moves past an important milestone in his Chelsea career. As he came on against Atletico in midweek, the diminutive Frenchman made it 200 games not out for Chelsea. This tally is a testament to not only his everlasting class as a player, but also his humility as a person.

Kante burst onto the Premier League scene almost unlike any player we have ever seen before. He arrived from France with almost no fanfare, as he joined relegation favourites Leicester City for £8m and only his beaming smile caught our eye. Aside from that, he was shy in front of the cameras, unassuming with not a hint of arrogance off the pitch.

Then we saw him play.

Along with Riyad Mahrez and Jamie Vardy, he transformed Leicester into champions, doing the dirty work in one of the finest counter-attacking teams we have ever seen. His endless energy was infectious, he was able to read the game brilliantly and his interceptions, 156 that year, more than anyone else, and tackles (31 more than the next highest player) allowed the Foxes to spring forward with devastating effect. His PFA Players’ Player of the Year award showed just how highly his peers rated him. 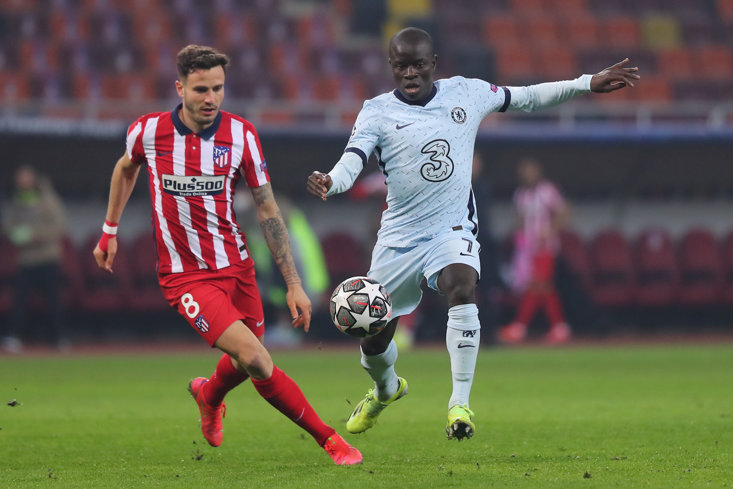 His move to Chelsea the following summer was deserved as Leicester cashed in for £32m. Not a bad profit to make in just twelve months but Kante had a lot to prove as he walked into Stamford Bridge for the first time. He was joining an underperforming team who had finished 10th the previous season and walked into a dressing room of superstars. Eden Hazard, John Terry and Diego Costa all had big personalities that could have crushed the quiet Frenchman, yet he shined again, playing a key role in their title win under Antonio Conte.

The following season, his first season in English football where he didn’t win the league, he added an FA Cup and a World Cup to his collection. He let the others do the talking and grab the headlines, but Kante transformed club and country alike into champions.

Since then, life has not been quite so simple for Kante. Maurizio Sarri changed the system to a 4-3-3 and brought in Jorginho to play the deep-lying midfielder role, forcing Kante to a more attacking position. To his credit he scored a record high four goals that term and followed it up with three the season after and there was never a murmur of discontent.

Kante, for all his ability certainly suits a central midfield two more than a three. His partnership with Danny Drinkwater at Leicester worked brilliantly while in Conte’s 3-4-3 system, he covered the ground to allow the wing-backs to press forward. His stamina and ability to intercept passes mean that, as we saw at Leicester, he can make it seem like there is an extra body in midfield, even when there isn’t, which in turn can allow an extra man to be committed forward.

Sarri’s 4-3-3 didn’t play to his strengths but he adapted and added goals to his game, and although Lampard’s 4-2-3-1 suited him more, injury issues meant that he only played 22 games last term.

This is where a second revival under Thomas Tuchel is on the cards. His preferred system is similar to Conte’s 3-4-3 and will allow Kante to form a solid midfield partnership in front of the back three. With Jorginho and Mateo Kovacic providing competition Kante is not yet nailed down in the German’s preferred XI, but Tuchel would be amiss to not include this double title winner.

In his 200 games, the 29-year-old has delivered a Premier League, an FA Cup and a Europa League title. A brilliant haul given the managerial merry-go-round, but in Tuchel, he may just have found the man who can make him shine once again.