Football
News
As De Gea faces criticism, is it time for Henderson to shine for Man United in the league?
Elliott Bretland
13:00, 09 Feb 2021

As the ball dropped, Dominic Calvert-Lewin simply wanted it more than David De Gea, and the Everton striker duly dispatched it past the hapless Manchester United goalkeeper to make it 3-3. The Spaniard should have done better. The fact his failure to react cost his side victory on Saturday night merely brought his performance into sharper focus.

The Spaniard has faced criticism for a series of blunders during his more recent Old Trafford career but, having single-handedly won games for long stretches of his 10 years in England, he has always had enough faith from the manager to keep his place. Until now, perhaps.

With United leading 2-0 early in the second half against the Toffees on Saturday, De Gea pushed out Calvert-Lewin’s tame punt into the path of Abdoulaye Doucoure, who halved the deficit. Many United fans will have been frustrated by another error leading to a soft goal and instantly looked at Dean Henderson on the Red Devils’ bench. 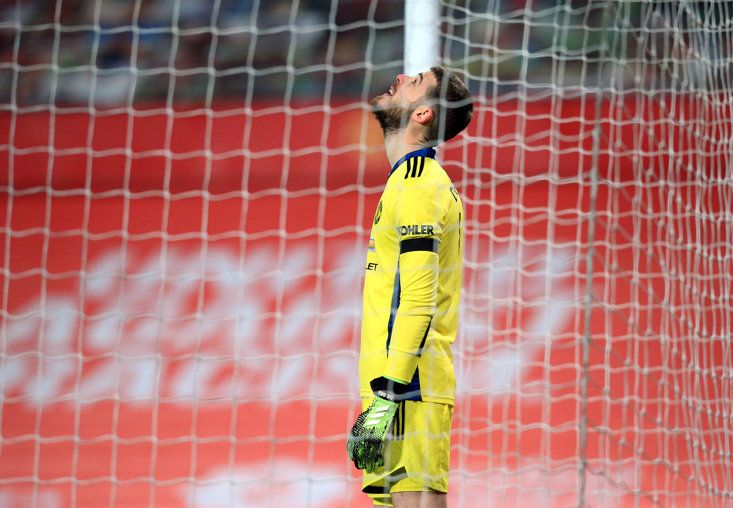 The United academy graduate has been breathing down De Gea’s neck all season after signing a new five-year contract following two successful seasons on loan at Sheffield United. Ask those at Bramall Lane and they will assure you he is a future England keeper. Now 23, this is Henderson’s time. He has become United’s trusted cup goalkeeper, playing in six of their domestic knockout games, and is expected to start against West Ham in the FA Cup tonight. So far, though, manager Ole Gunnar Solskjaer has stuck with De Gea in the Premier League, the number one playing in 21 of their 23 top-flight fixtures.

However, after more costly mistakes saw United’s faint title hopes take a further dent, could the United boss finally stick with Henderson for Sunday’s trip to West Brom should he shine against the Hammers?

“Every player has to earn the right to earn his place, of course," said Solskjaer. “We’re a squad with competition and that applies to absolutely every single one in the team - and that is the same for every single one of us.

“Dean has done very well when he’s got the chance and he's matured. For me, he’s developed his game.

“I know he’s not played as many games as he would’ve done last season, but you see every game when he plays and in training his improvement, working hard on a couple of aspects that we’ve spoken about with him. I've been impressed with his attitude and work-rate.

“Of course he's not the most patient guy. He wants to play every game because he knows that he'll perform well, so long may it continue because he’s improved since he's come here.”

The fact Henderson is chomping at the bit to play and is backing his cause with sturdy displays could sway Solskjaer’s thinking. After all, De Gea’s below-par displays are only magnifying Henderson’s dependability.

“I think you want the goalkeeper to come and eat the striker,” United legend and Sky Sports pundit Gary Neville said of De Gea’s role in Everton’s third goal. “You just want your goalkeeper to come out there and absolutely take him out. Goalkeepers are so quick off their line nowadays.” 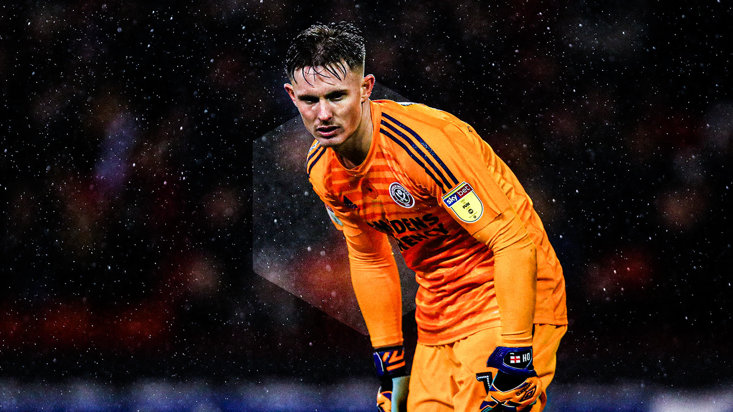 Solskjaer’s former boss Sir Alex Ferguson was ruthless when it came to goalkeepers and the Norwegian may take inspiration from the Scot. It was in 1990 that Ferguson dropped Jim Leighton for the FA Cup final replay against Crystal Palace. Having enjoyed success together at Aberdeen, they teamed up again at Old Trafford. However, in his first season, Leighton’s form dipped and, after playing in the initial 3-3 draw with the Eagles, he was dropped for the rematch and was reportedly in tears as his side went on to lift the trophy.

Ferguson himself dropped De Gea in August 2012. Having joined from Atletico Madrid in 2011, the Spaniard was benched and replaced by Anders Lindegaard after spilling a cross in a 3-2 win over Fulham.

“With the form he's been in, he's been making some fantastic saves, but one error like that could have cost us the game,” the United boss insisted. “It’s just a learning process for him and he’ll be back in a couple of weeks’ time after the international break.”

Solskjaer is all too aware that De Gea’s mistakes now could again cost his team and won’t mind upsetting the Spaniard if it means United win games and trophies with Henderson in goal. The Norwegian learned from Ferguson personally how to manage a squad, famously being a super-sub himself, so he will know all about Henderson’s desire to get onto the pitch more regularly.

De Gea has failed his latest audition and now it’s up to Henderson to take to the stage and shine. If he does he could maintain a starring role.