Football
News
Ahead of the derby between Brighton and Crystal Palace, we look at the two manager's beginnings in Scandanavia
Simon Lillicrap
08:00, 22 Feb 2021

Sweden; It's the home of IKEA, ABBA and also the starting base for young English managers starting out. Don’t believe us? Well let’s take a look at the Premier League’s most intriguing rivalry, which returns as Crystal Palace travel to Brighton for Monday Night Football.

The 'derby' between the two, which came to prominence in the 1970s thanks to former Tottenham teammates Terry Venables and Alan Mullery, is now incredibly fierce even though it isn’t your usual derby, from the Tottenham duo to the men currently in charge of both clubs, Graham Potter and Roy Hodgson. Despite being at separate ends of their careers, they both started their careers in ‘det avlånga landet’ (the elongated country), which is an obscure starting point for any Premier League manager.

Hodgson began his football management career as a rosy-cheeked 29-year-old way back in 1974, taking charge of Halmstad with instant success. The club had only just escaped relegation the season before he took over, yet in his very first campaign he achieved what he still calls the greatest achievement in his career - his ‘water-to-wine miracle’. They won the Allsvenskan, finishing three points clear of reigning champions Malmo, an achievement that is still considered one of the biggest upsets in the history of Swedish football.

He went on to lead the side to another league championship in 1979, before going on to manage the likes of Oddevold, Orebro and, most notably, Malmo in Sweden. His five consecutive league titles there made him a true icon at Di Blåe, to the extent that they name a corner of their stadium after him. Roy's Hörna (or Roy’s Corner) is still colloquially known to fans of the club from the coastal city. 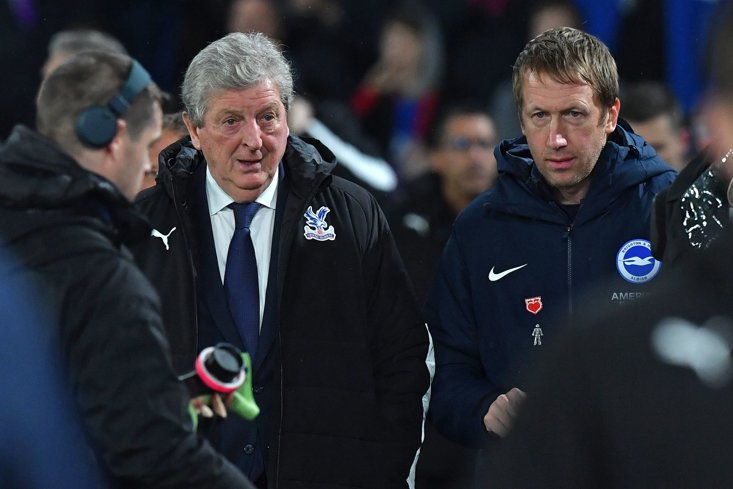 He certainly paved the way for English coaches abroad, but Potter’s bravery to go abroad in the modern game is perhaps even more incredible given the amount of opportunities in British football these days. Having said that, the job he did take was hardly top-billing. When he was given the Ostersunds job in 2011, having been recommended by his friend Graeme Jones, they were in the fourth tier of Swedish football and had never made an impression on the European game.

Their rise was like something out of Championship Manager. By 2013 they were in the second tier after back-to-back promotions, and by 2015 they had sealed promotion to Sweden’s top flight. Things didn’t stop there. When many clubs would have expected a relegation battle, Potter worked his magic by taking Ostersunds to the Europa League, winning the Swedish Cup to earn a place in the second qualifying round on the continent. From there, they even made it to the group stages, finishing second to take on Arsenal, beating the Gunners at the Emirates but ultimately losing on aggregate.

Just as Bristol City noticed Hodgson’s success in 1980 and tempted him back to England, it was clear another young, talented English manager wouldn’t be staying on the shores of Storsjon much longer. Swansea City, recently relegated to the Championship, took the plunge and, after a successful spell, Potter got the gig with his current side Brighton.

Hodgson’s journey may have been slightly longer and taken him to Switzerland, Finland, Italy, the UAE and Denmark, but both English managers now find themselves in charge of Premier League clubs. Potter might be seen as the more progressive manager given his age and his improving Brighton side but Hodgson is nothing short of a bonafide legend when it comes to football management.

Let’s hope that when they come face ot face on the touchline on Monday, despite the heated rivalry between their two clubs, they can reminisce, or at least share a quick joke about where it all began for them both. “Now, about that flat-pack four Roy…”