Cricket
News
England were made to rue their dropped chances on the first day in Canberra
Shane MacDermott
10:02, 27 Jan 2022

Australia are in command of the solitary Women’s Ashes Test after England were made to rue their dropped chances on the first day in Canberra.

Heather Knight’s tourists got the red Kookaburra ball to swing early on and reduced the Aussies to 4/2. Katherine Brunt (3/52) had Alyssa Healy caught behind before the returning Beth Mooney nicked an Anya Shrubsole delivery which angled across her inside the first four overs.

Test star Ellyse Perry came into the one-off red-ball game with a point to prove. The all-rounder was dropped for the T20 leg of the multi-format series.

Imperious Perry averaged over 86 in the long-form arena after scores of 213 not out and 116 in her previous two Ashes Test knocks. But when she was stunned by a surprise Nat Sciver bouncer, who impressed with figures of 3/41, the hosts were firmly on the ropes at 43/3 in the morning session.

Captain Meg Lanning (93) and opener Rachael Haynes (86) made the most of their reprieves in a fluent 169-run partnership as Australia finished the day in control on 327/7.

The duo dug in after the three early wickets, but Lanning was let off on the stroke of lunch as opposing number Knight dropped a sharp catch at slip in left-arm spinner Sophie Ecclestone’s first over on 14.

After the interval, Haynes was put down by a diving Sciver at second slip on 44 and England had to wait over 50 overs for their fourth wicket as they toiled in the height of the Australian heat.

Their momentum-shifting stand was finally broken as Sciver dismissed Lanning seven runs shy of a maiden Test hundred. Three balls later Haynes also missed out on three figures after Brunt got a good delivery to lift off a length. 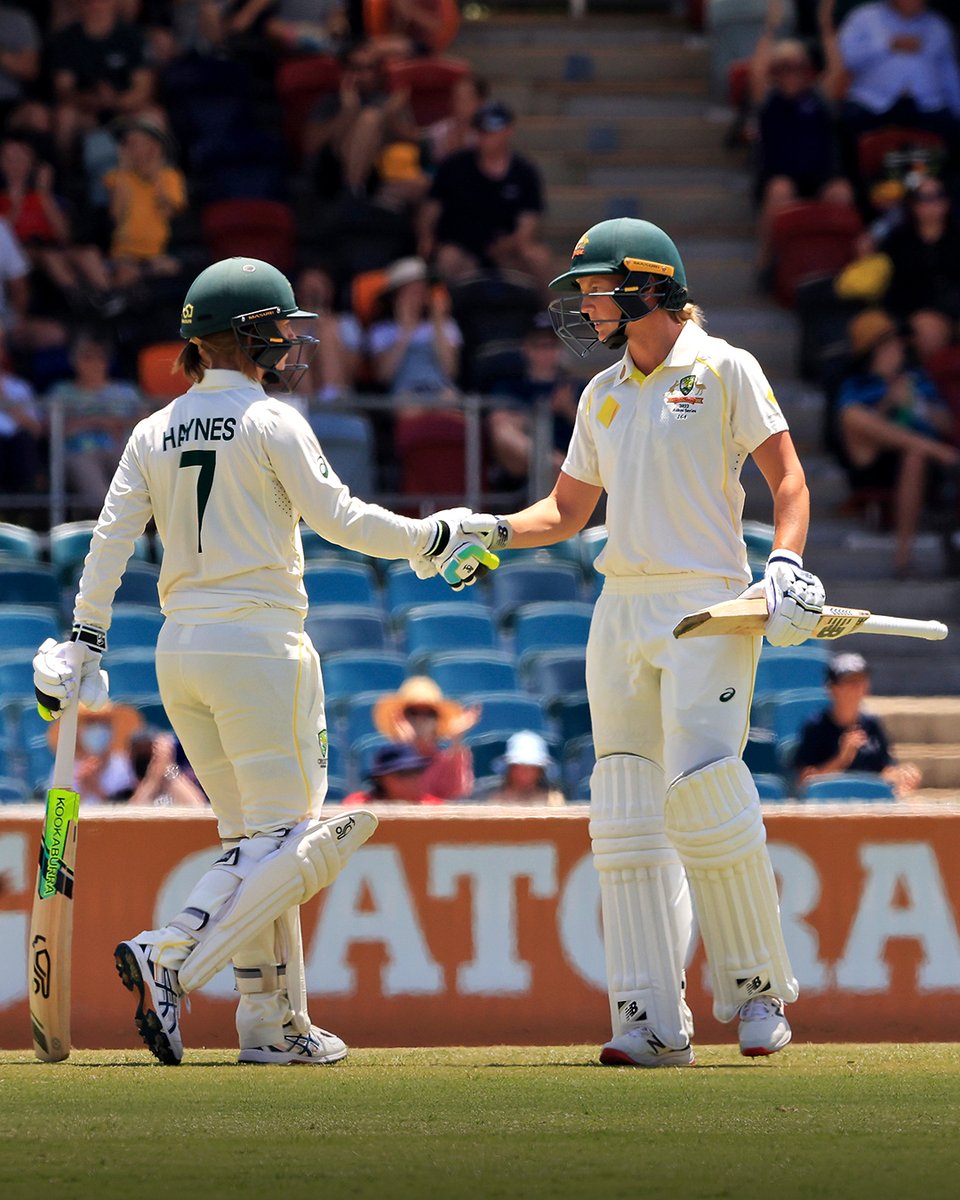 But Tahlia McGrath and Ashleigh Gardner both struck fifties to ensure Australia were in the driving seat before being removed by Sciver and Brunt late in the day.

England all-rounder Sciver said: "We are frustrated with the drops and maybe a bit of a lack of energy in the afternoon session. The runs stacked up a little bit but it is a quick-scoring ground and when they got in it became easier to score.”

After her fine captain’s knock got her side out of trouble, Lanning said: “We felt we had England on the ropes and then to get those two breakthroughs [Lanning and Haynes] probably evened it up a touch. I felt comfortable through the middle session. Before lunch I was struggling a little bit.”

England trail the multi-format series 4-2 after losing the opening T20I before the other two were washed out. And they know they need to win this Test to stand any chance of reclaiming the Ashes for the first time since 2014.

A draw would put Australia 6-4 up meaning England would need to win all three ODIs to fly home with the prized urn in their possession. As holders Australia will retain the trophy if the series is drawn.