Football
News
Arsenal have their work cut out for them when they take on Wolfsburg on Wednesday
Conor Keane
11:14, 22 Mar 2022

We’ve been waiting a while but the women’s Champions League is back in action this week as Arsenal look to keep the fire of their fine season burning in Europe as well as at home. We have reached the quarter-finals stage of the competition and there are some exciting ties ahead to determine the four best sides in Europe.

With Arsenal going up against Wolfsburg, the side that shattered Chelsea boss Emma Hayes’ Champions League dream in the Group Stage, the Gunners will have to be wary of their German opponents who are a strong force in this competition. Here is all you need to know about the quarter-final ties.

Bayern Munich were able to bring to an end Wolfsburg’s four-year dominance in the Frauen-Bundesliga last year but, as we know, the Champions League provides a much tougher challenge and as of yet Bayern have not really been tested. Their route to this point was relatively straightforward and to weaken their chances, they failed to win their group after a goalless stalemate with Benfica which saw them finish behind Lyon.

Similarly, PSG emerged from a weak group too, arguably the weakest of the lot, as they claimed six victories with 25 goals scored by 13 different players. Both teams have had to settle for second best when it comes to competing with their domestic rivals on this stage. Bayern are still yet to reach the final of the competition while PSG are still waiting to be crowned in glory having been the runners up twice, the last time back in 2016-17. 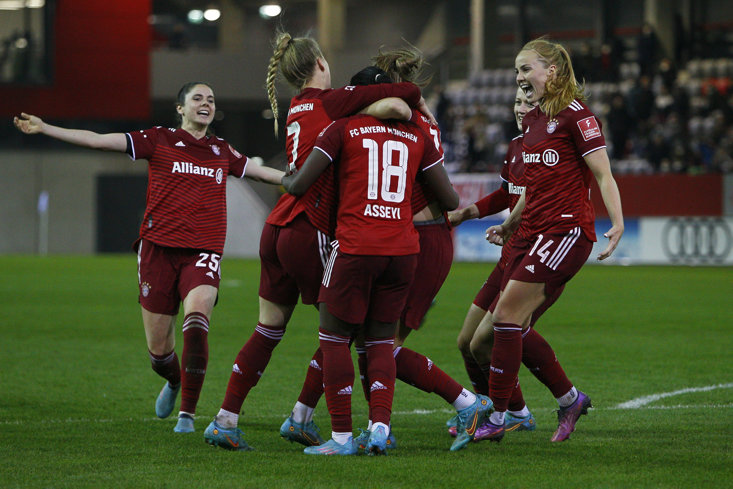 When the quarter-final draw was made this was the tie that stood out and by a country mile as the El Clasico rivalry is legendary and for it to come on the Champions League stage, it makes it that little bit more exciting. Having witnessed the weekend’s El Clasico between the men’s sides in La Liga, Real Madrid know they can’t do any worse than the men’s team after their 4-0 drubbing.

However, this is no easy fixture. Their rivals are the current reigning champions of this prestigious competition and they are dominant on home soil too as they boast a 19-point gap at the top of the Primera Division.

Their record in this year’s Champions League is also terrifying. Like PSG, they have scored an abundance of goals, 24 to be exact, and just one goal conceded (in the 4-1 victory over Arsenal). History and form points towards another year of success for Barcelona, but this is a derby and the rule book goes firmly out of the window. 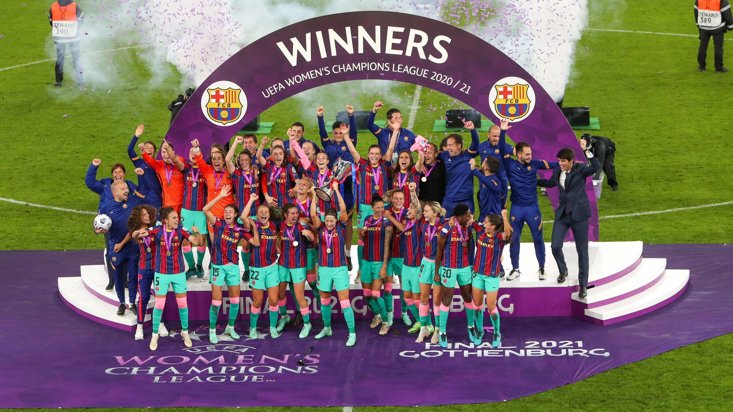 Juventus stunned everyone in the group stage when they travelled to Kingsmeadow and held Emma Hayes’ Chelsea to a goalless stalemate as well as taking four points off Wolfsburg to claim second place in the widely regarded ‘group of death’.

When you realise that this is the furthest they have gone in the Champions League in their short history and see that they are up against seven-time champions Lyon, their chances of progressing look slim. The Ligue 1 leaders are on a mission to deliver success after going trophyless in 2020-21 which of course is uncharacteristic given their history.

They have only been defeated once so far in the Champions League and they will be boosted by the return of Ada Hegerberg, who just so happens to be the competition’s all-time top scorer. She returns from an anterior cruciate ligament injury which saw her miss much of last season.

It has already been said several times that Jonas Eidevall is having an incredible first season in north London and while his side are still fighting for the Women’s Super League title, they are flying the English flag in the Champions League and have the opportunity to give the Swedish coach a debut season to remember.

The Gunners got through to the knockout stages having had a better head-to-head record against third-placed Hoffenheim and they were schooled both home and away by tournament favourites Barcelona. For all the grand work that has been achieved at Arsenal in a short space of time, there is a feeling that they are still off the pace with some of the talent that remains in this competition.

Wolfsburg, who have already broken Emma Hayes’ Blues, could just as easily do the same to the Gunners. After all they are two-time winners, and that much-needed experience of battling through the knockout stages goes a long way, something which Arsenal are not too familiar with in recent years. They are definitely up against it in this tie, but for how well they have performed this term, you cannot write them off just yet.