You were desperate for Gary Lineker, but you got Steve Hodge (again). There was a glaring hole where Paul Gascoigne should have been, yet your bedroom was littered with Des Walkers.

The power of Panini (other, less-adored sticker albums were available) was debated and dissected at a London exhibition organised by the creators of podcast Football By Numbers. The series humorously critiques famous players guilty of wearing the wrong squad number. Think Zidane masquerading as a heavy-hoofed centre half in his number 5 shirt, or former Netherlands (and Barnet) midfield mainstay Edgar Davids donning the wildly inappropriate number 1.

Fans gathered in East London to swap stories of stickers they never had – and too many they didn’t want – and were offered colour-by-numbers trading cards as a wry take on the numerically challenged team assembled by the organisers.

It was a throwback to when the dizzying thrill and occasionally crushing let down of opening a Panini pack was as emotionally involving as watching your team. Event organiser Bryan Mayes says, “There was always that moment of anticipation when you peeled open the packet. Pull too hard and you’d rip the sticker. Then – hang on, I wanted Gheorghe Hagi but I’ve got five full-backs.”

Mayes points out that Panini had the weird effect of fans hoping to avoid getting players they loved for the sake of completing another page. “It was that feeling of, do you want your favourite or the one you need? You could turn your back on your heroes: I don’t care about Mark Bright any more, I’m after Garry Flitcroft!”

The nearer you got to completing an album, the sweatier your palms became as you tore open the next pack. If you didn’t get the right players, you’d blame the newsagent. This rage is neatly summed up by Tranmere-loving indie stalwarts Half Man Half Biscuit:

I’ve got a few lines on Gerry Gow
I had three in one packet in ’78
I went back to the shop in a manner irate
Newsagent said: “Have you got a two pence piece?”
I said: “Yes”
He said: “Go and ring someone who cares.” 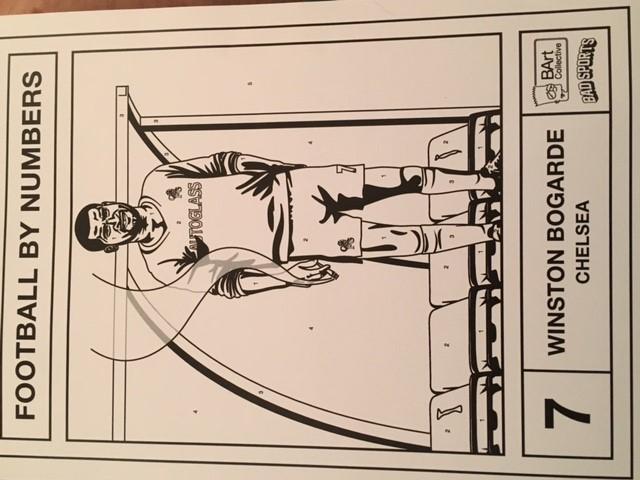 The tension was made worse by the spoiled lad down the road. Usually, this smug so-and-so’s dad was doing well for himself, and rather than having to do chores for weekly pocket money, he’d just ask for a lump sum and come back from the corner shop with an entire box of stickers.

Mayes’ co-organiser Tim Whirledge adds: “That was like a metaphor for rich modern clubs saying ‘yeah, we haven’t got enough defenders, so I’ll just go out and buy six of them tomorrow’. Completing their squad is almost cheating, and that’s how it felt with the rich kids. It’s the same with swap-shop events: it feels a bit like you’ve given up.”

Superstition was rife. I remember a time when Alan Brazil seemed ubiquitous. Simultaneously, Everton – my boyhood team – were on a losing streak. I left Brazil and his chubby grin buried under some stones at a service station. Hey presto, Kevin Ratcliffe and gang were soon back to winning ways.

But in this age of interaction, can the humble sticker album stay ahead of the game? The feeling of getting a foil (more glamorously known as a “glitzie” in Germany) isn’t enough for the iPad and Instagram generation. Panini is adapting to avoid getting cornered by technology. It’s created app-based and online versions of player cards and stickers, and introduced trading games.

One day it’d be good to see a nostalgia collection. Families could share their memories of great players down the generations, from Finney to Eusebio, and Shilton to Casillas. That really would be something.

I don’t know where my Mexico ’86 album got to, but I do remember I was only one sticker short. Anyone got a spare Gary Lineker they want to swap for five Terry Fenwicks?

x
Suggested Searches:
The Sportsman
Manchester United
Liverpool
Manchester City
Premier League
More
football
Enthralling England's Electric Attack Blows The Netherlands...
Has an entire England squad ever been summed up in 54 seconds before? In the second half of the Lionesses [ ... ]
football
Manchester City Agree £42M Deal To Sign Leeds United's Kalvin...
Pep Guardiola’s Premier League champions Manchester City have made a significant breakthrough [ ... ]
football
Wayne Rooney Leaves Derby County After Turbulent Summer
Derby County manager Wayne Rooney has announced he is leaving the club after a summer of turmoil in [ ... ]
football
Nottingham Forest Complete Henderson Loan And Club-Record Awoniyi...
Nottingham Forest have made their first two signings of the summer in goalkeeper Dean Henderson and [ ... ]
football
Middlesbrough Sign Former Blackburn Defender Darragh Lenihan
Middlesbrough have made former Blackburn Rovers centre-back Darragh Lenihan their latest signing of [ ... ]
football
Happy Without Mbappe: Nick Pope Is Newcastle's Latest Smart...
Nick Pope has completed his move from Burnley to Newcastle United for a fee of £10 million. The [ ... ]
football
‘The Professor’ Tuchel Is Yet To Prove Himself In The Transfer...
Thomas Tuchel is nicknamed The Professor for the sharp mind and logical way he approaches football. [ ... ]
football
2026 World Cup Stadia: The Beautiful Game Heads South Of The...
Forget 2022… 2026 is where it’s at! The next World Cup after this winter’s event [ ... ]
football
Michael Beale's QPR: Harmony, Ambition & Transfers 11 Years...
Having just completed his first media day at Queens Park Rangers' partially complete new training [ ... ]
football
LIVE Transfer News: Barcelona Launch Official Bid For Robert...
Good morning and welcome to The Sportsman's LIVE transfer blog, where we will be bringing you all [ ... ]
football
Lionel Messi At 35: The Numbers Behind The Man They Call 'GOAT'
Lionel Messi turns 35 today. That is probably the least impressive number related to him. The Paris [ ... ]
football
2026 World Cup Stadia: Miami And Atlanta Rolls Out Red Carpet
“Welcome to Miami” Will Smith famously sang. Now the world will head to the Magic City for [ ... ]
football
The Carabao Cup 2022-23 First Round Draw
We have been spoilt for football fixtures today. First it was the EFL schedule, then the Papa John's [ ... ]
football
Four Potential Destinations For Richarlison If He Leaves Everton
The summer transfer window always provides plenty of twists and turns during the build-up to the new [ ... ]
football
Chelsea Looking To Appoint Liverpool Transfer Specialist As...
As Chelsea prepare to loan out their club-record catastrophe Romelu Lukaku to Inter Milan, which will [ ... ]
football
The Papa John's Trophy 2022-23 Group Stage Draw In Full
The Papa John’s Trophy draw has been made to decide the groups each of the 16 chosen Premier League [ ... ]
football
Premier League Clubs Suffer Blow As Bundesliga Star Signs New...
RB Leipzig forward Christopher Nkunku has signed a new deal with the German side, extending his stay [ ... ]
football
Football League Fixtures: Championship Opening Day Sees Burnley...
The Football League fixtures have been announced and 72 of England’s clubs now know how their [ ... ]
football
LIVE Transfer News: Gabriel Jesus To Arsenal Progressing
Good morning and welcome to The Sportsman's LIVE transfer blog, where we will have you covered for [ ... ]
football
Zinedine Zidane At 50: How The Greatest Galactico Rocked My...
Zinedine Zidane was the professor of my football schooling. The mystical midfielder that drew child-like [ ... ]
football
Fran Kirby Reveals Her Relief At Making Lionesses' Euro 2022...
Fran Kirby has revealed her relief at making the England Euro 2022 squad after suffering from fatigue [ ... ]
football
Jamie Vardy vs Didier Drogba: Who Was The Better Premier League...
There’s been a football argument that has gripped social media. Who is/was the better Premier [ ... ]
football
Gareth Bale Arrives At Cardiff City Training Ground Ahead Of...
Gareth Bale paid a visit to Cardiff City’s Vale of Glamorgan HQ on Wednesday for talks [ ... ]
football
The Transfer Merry-Go-Round Will Shape England's World Cup Goalkeepers
It’s the least sexy position in the squad, but the battle to become England’s third-choice [ ... ]
football
David Healy's Linfield Beat Qatar In Marbella Friendly
Qatar's preparations for hosting the World Cup this winter were dealt a humiliating blow on Tuesday [ ... ]
football
Borussia Dortmund Agree €35 Million Deal With Ajax For Sebastien...
Borussia Dortmund have agreed a €35 million deal with Ajax for striker Sebastien Haller. The Ivory [ ... ]
football
2026 World Cup Stadia: Dallas, Houston & Kansas City To Host...
Forget 2022… 2026 is where it’s at! The next World Cup after this winter’s event [ ... ]
football
Bayern Munich Announce £35m Signing Of Sadio Mane From Liverpool
Bayern Munich have completed the signing of Senegalese attacker Sadio Mane from Liverpool in a deal [ ... ]
football
£6.5m Per Goal - Lukaku's Horror Chelsea Return Set To End With...
Romelu Lukaku’s Chelsea nightmare is set to come to an end as he closes in on a return to Inter [ ... ]
football
The Top Goal Scorer For Every Premier League And Football League...
A year on from looking set to swap north London for Manchester, Tottenham Hotspur striker Harry Kane [ ... ]