As we mourn the loss of four-game World Cup days, we now enter the most exciting stage of the tournament with nations crashing out on a daily basis.

The group stage concludes on Friday with simultaneous kick-offs at 3pm and 7pm (GMT) each day this week as teams battle it out to reach the last 16.

Group A, including Qatar, Netherlands, Senegal and Ecuador, is still wide open with only the hosts already eliminated from the competition. 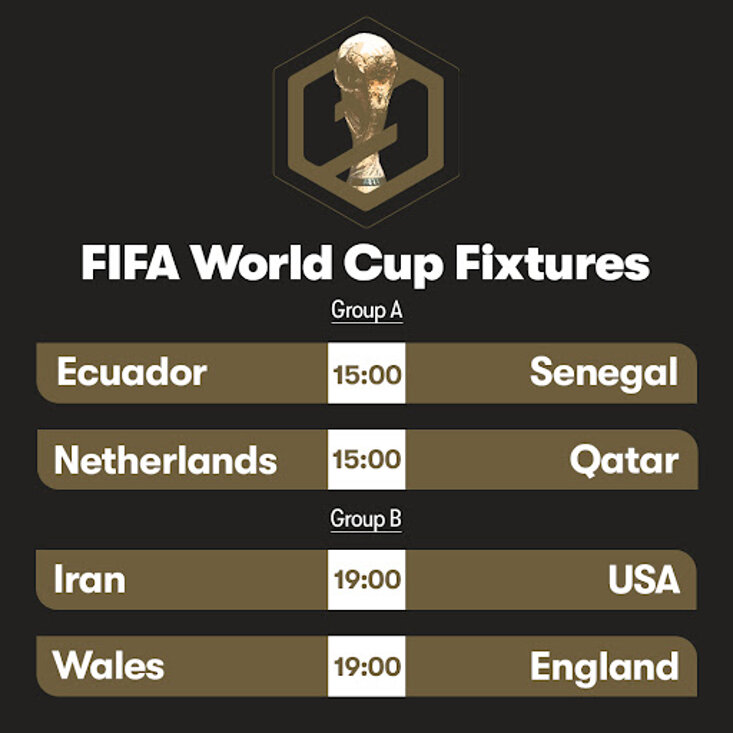 Louis van Gaal’s Netherlands will qualify this afternoon with a win or draw against Qatar. They would also still qualify with a defeat if Ecuador beat Senegal.

Ecuador can see themselves into the last 16 with a win or draw against Senegal, and can top Group A if they better Netherlands’ result against Qatar.

Senegal have the toughest route to the knockout stages, needing to qualify with a win against Ecuador. They can, however, qualify with a draw if Qatar beat Netherlands.

Over in Group B, all sides can still reach the last 16. England, after beating Iran and drawing with USA, can only be eliminated in defeat of four or more goals against Wales.

Gareth Southgate’s men will top the group with a victory tonight. They can also top the group if Iran fail to win or USA don’t win by four or more goals.

USA must beat Iran to qualify. They can top Group B with a win if England lose to Iran, or if England draw and USA beat Iran heavily by four or more goals.