Football
News
Neymar has been ruled out of Brazil's remaining group stage fixtures with an ankle injury
Conor Keane
21:59, 26 Nov 2022

We are seven days into the Fifa World Cup and we already have our first team to reach the round of 16 and unsurprisingly it is the reigning champions France. Looking back on the day’s action and looking ahead to Sunday’s key topics, here is your World Cup daily wrap.

It took them 12 years but Australia finally got a World Cup victory they craved as they put themselves in a great position to qualify for the knockout stages. Mitchell Duke’s instinctive header was the difference against Tunisia and it’s safe to say it is going to be one of the goals of the tournament. With each replay you realise just how special the goal was.

It had been a long time coming but Poland’s Robert Lewandowski finally knew what it felt like to score at the World Cup as he fired in Poland’s second in their 2-0 victory over Saudi Arabia. The veteran striker teared up as as he celebrated the goal he had been waiting years for and his teammates were equally as delighted as they all piled on top of him. The special moment also puts Poland in a strong position to qualify for the knockout stages as they prepare to face Argentina in matchday three.

France’s 2-1 victory over Denmark saw them become the first nation to book their place in the last 16 and it was all thanks to Kylian Mbappe’s brace. The 23-year-old turned in an excellent performance for Les Bleus capped off with two goals which saw him equal Zinedine Zidane’s tally of 31 goals for France. His pace and skill on the ball caused several problems for Denmark and you can already see how imperative he is to Les Bleus’ World Cup campaign.

It wasn’t the most convincing 90 minutes of football from Argentina but Lionel Messi helped inspire them to a key victory over Mexico. Messi’s exquisite low-drilled shot to bring the game to life proved that he still has what it takes to provide moments of magic at this stage and it is all to play for in the final round of group stage fixtures. His goal was his eighth at the World Cup finals as he equalled the tally set by the late Diego Maradona. 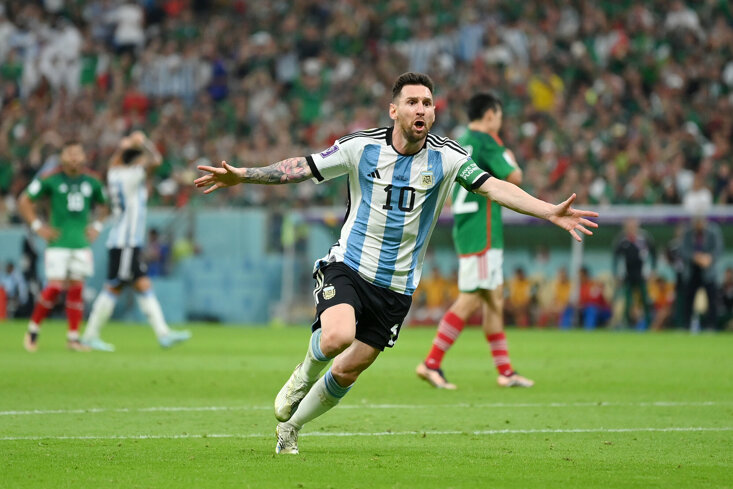 Neymar out for remainder of group stage

Brazil are in a great position to join France in the last 16 should they defeat Switzerland on Sunday, but they will have to do it with their key player Neymar. The winger has been ruled out until the knockout stages due to an ankle injury he sustained in their victory over Serbia. While his absence will be noted, the form of striker Richarlison will not have fans worried too much, not to mention the options on the bench, such as Gabriel Martinelli, who could fill in in his absence.

This will come as great news to the England supporters after the disappointing performance against USA on Friday. In the build-up to the World Cup, James Maddison was the player that almost every England fan wanted to see named in the squad. And due to the lack of creativity in the draw with USA last time out, could there be a chance for a Maddison cameo against Wales to help get England through to the knockout stages?