Welcome to The Sportsman's LIVE World Cup Blog. Stay tuned for all the action to come from matchday three across Groups E and F. 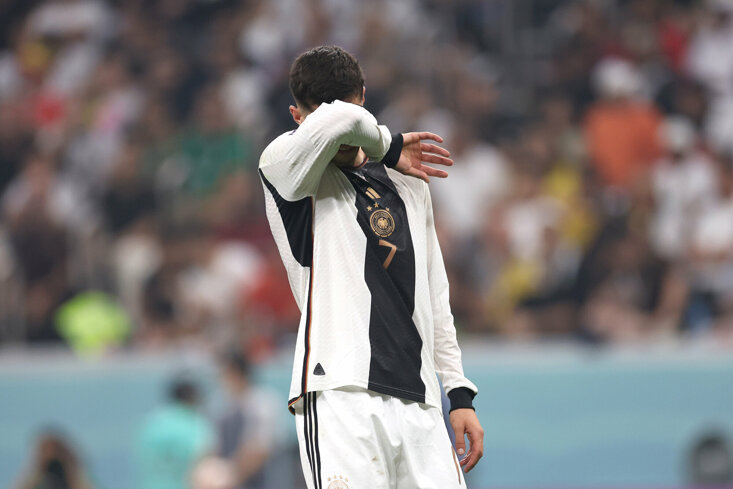 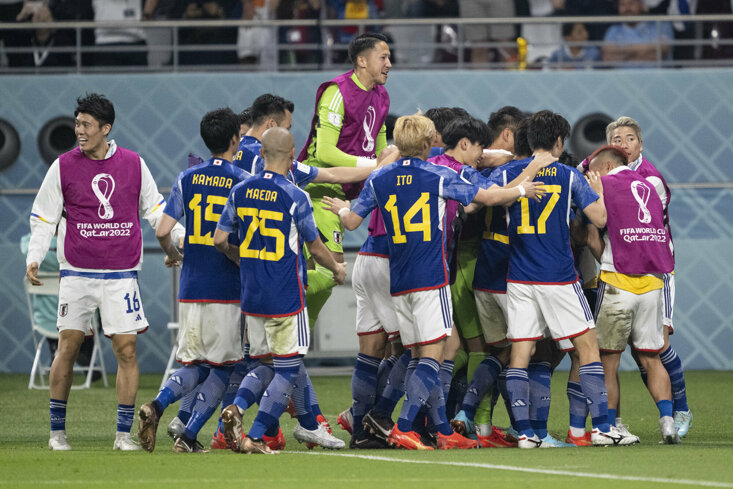 Germany beat Costa Rica 4-2 but it's not enough, Germany are OUT of the World Cup for the second consecutive time. Costa Rica finish bottom of the group after a valiant effort in the second half.

It's a HUGE night for Japan, who confirm their spot in the last 16. It's likely that Spain join them unless either side in the other game score a lot of goals in the last three minutes.

Niclas Fullkrug makes it 4-2 to Germany! He was deemed offside at first but after a quick check, Sane was onside before he headed it down to the Bremen man.

Germany have retaken the lead!

Kai Havertz with a calm finish past Keylor Navas after a superb cross.

Germany have equalised through Kai Havertz and it's 2-2.

The scoreline still reads Japan 2-1 Spain in the other game of the night.

Yeltsin Tejeda with a huge goal in this group!

From 1-0 down at half-time Japan are 2-1 up in just 8 minutes of play. Tanaka gets it over the line but the cross looked to come from out of bounds, but somehow after a lengthy check, it counts for Japan!

JAPAN HAVE LEVELLED THE SCORE!

Ritsu Doan with a banger through the hands of Unai Simon. HUGE goal in this group. Germany are going out as it stands.

Spain lead 1-0 thanks to Alvaro Morata at half time, and Germany are beating Costa Rica 1-0 also, with a Serge Gnabry header. 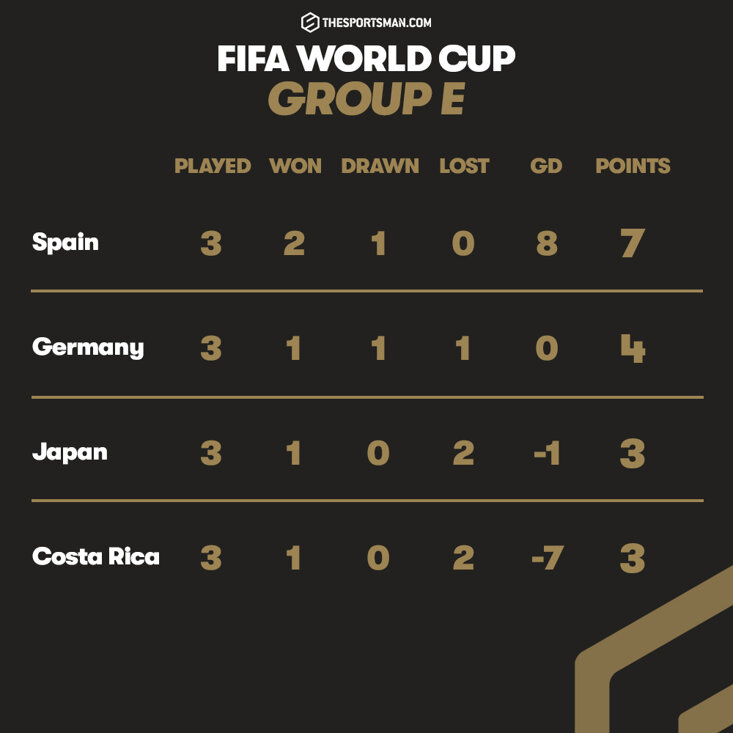 As it stands, with Germany and Spain both leading, those two sides will progress through to the next round. If Japan were to get a goal back, then they would overtake Germany and finish second, however another Germany goal would keep their spot safe.

Alvaro Morata gets himself a third goal in as many games at the World Cup!

This time he heads it home for Spain and Germany move up into second in Group E.

It's Serge Gnabry with a fine header.

We are underway for the Group E finale. 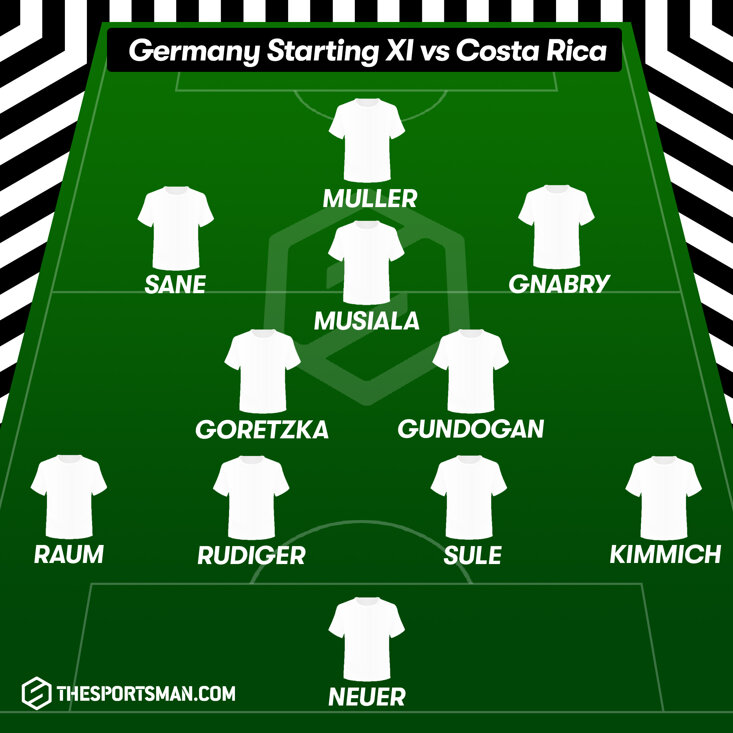 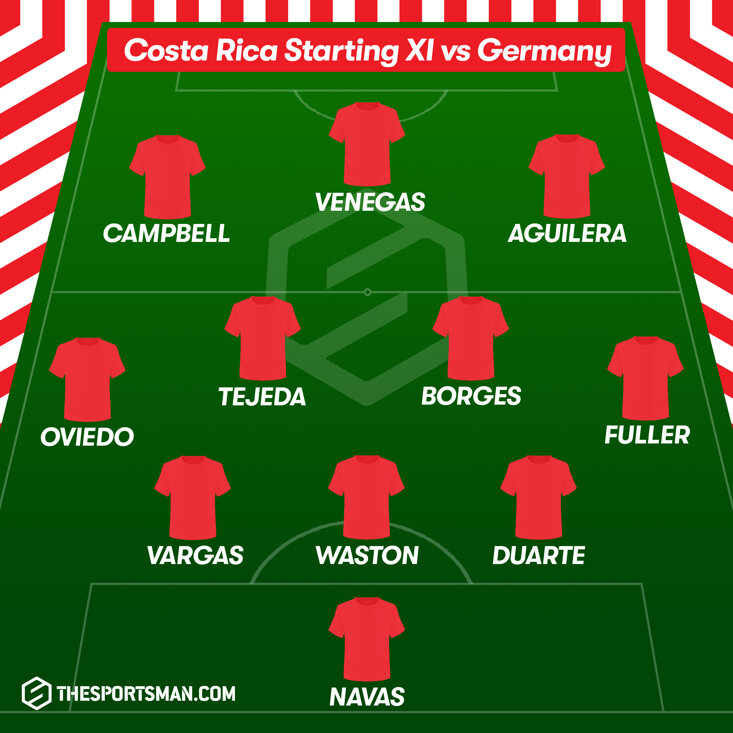 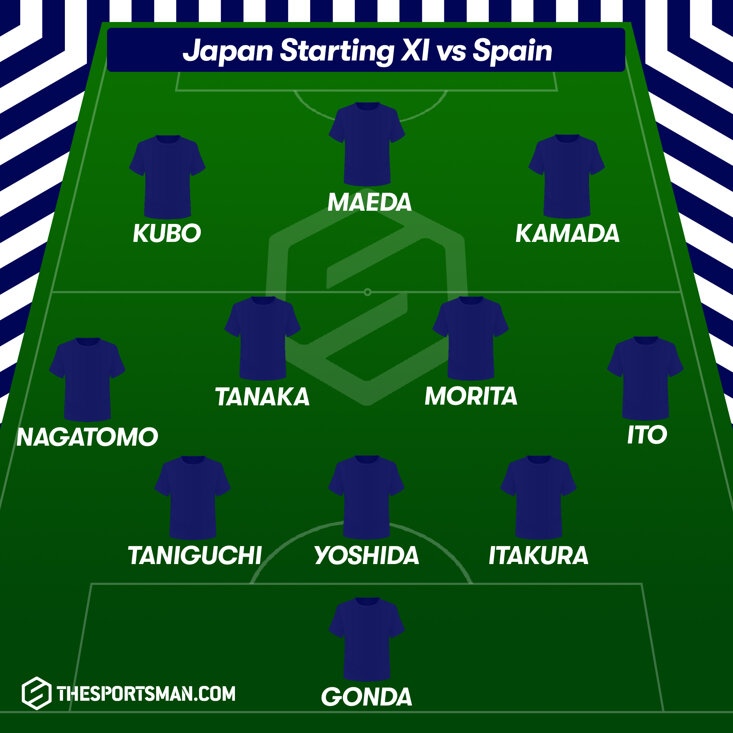 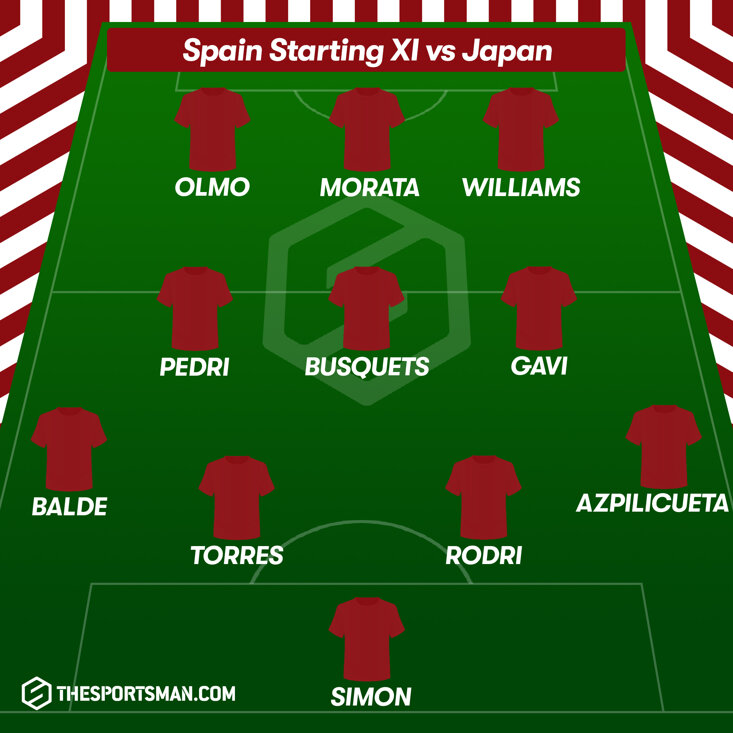 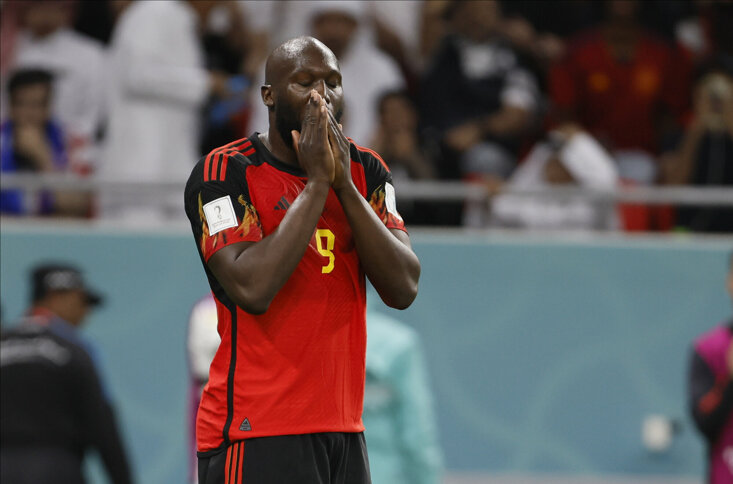 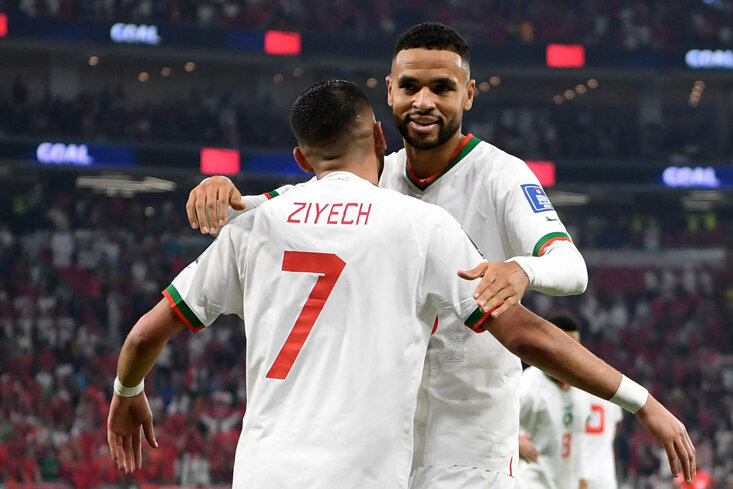 Roberto Martinez has confirmed that Belgium's game against Croatia will be his last as national team manager. 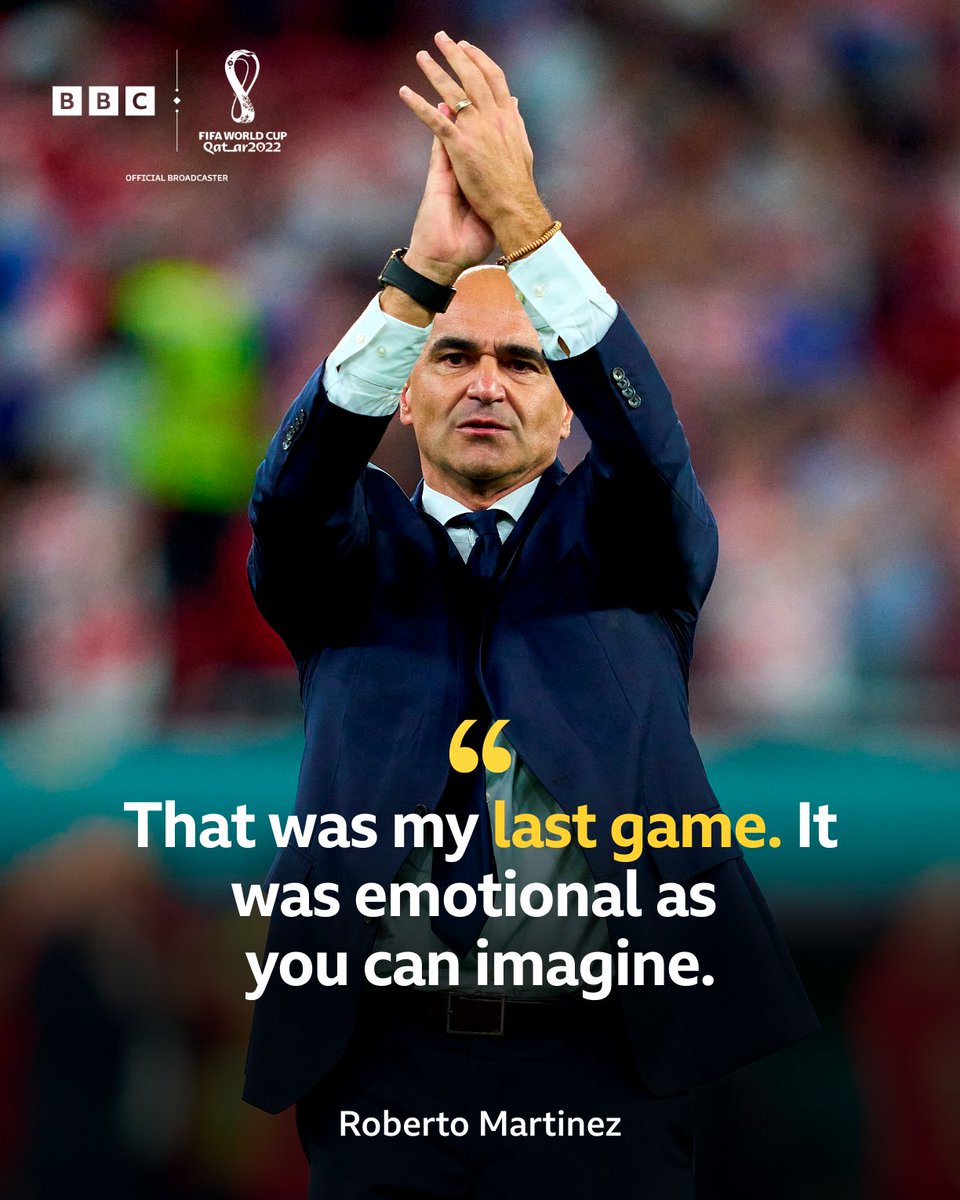 Morocco proceed through from the group stages as Group F winners!

Morocco proceed through from the group stages as Group F winners!

Not much to report from that first-half of football. Besides, of course, the penalty drama.

Canada get one back through a Morocco own goal!

West Ham defender Nayef Aguerd has the displeasure of claiming it.

This time it's Youssef En Nesyri slotting it home to notch a second goal against a limp Canada side.

Anthony Taylor awards a penalty to Croatia. VAR intervenes and Taylor is sent to the screen to check for offside. No idea why the new semi-automated offside technology does not step in until after the referee changes his mind.

Take a look for yourself how close this was... 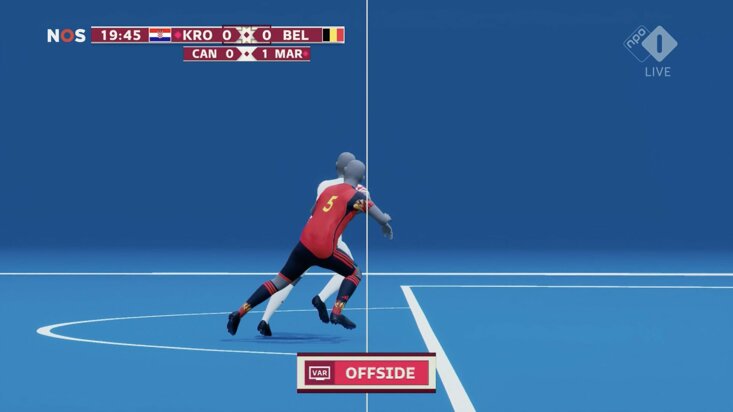 Hakim Ziyech picks up a poor pass from the keeper and curves it round him to open the scoring.

We're underway for the final games of Group F! 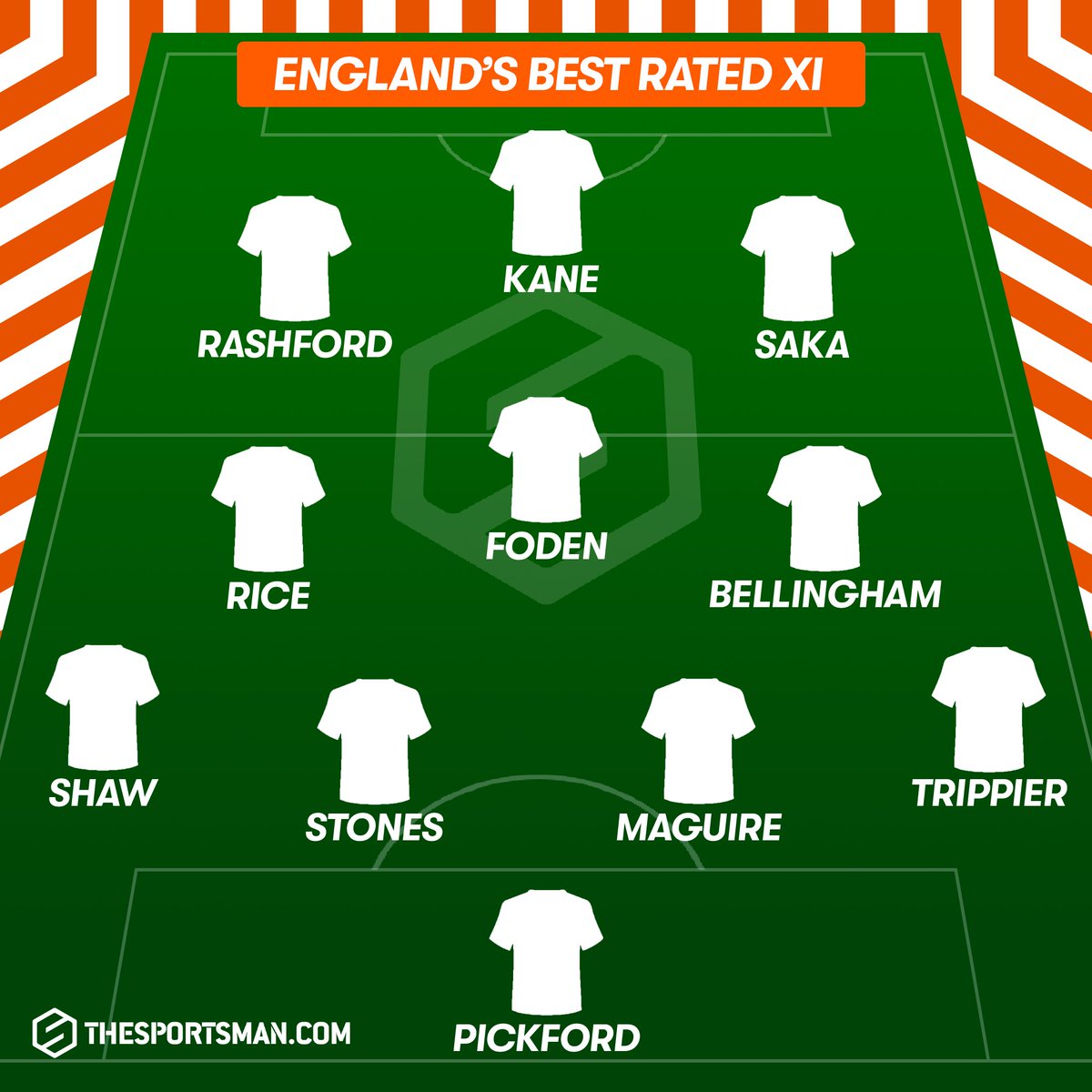 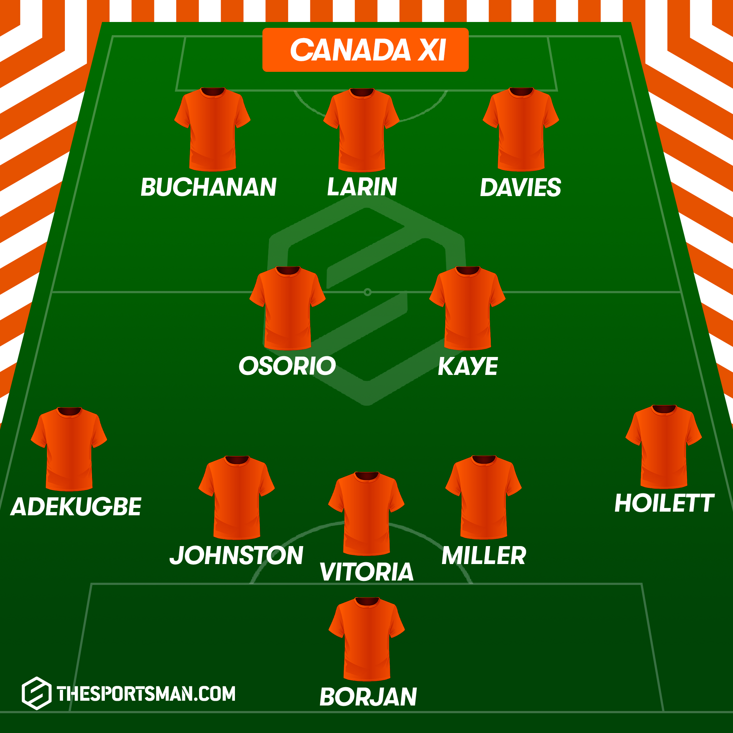 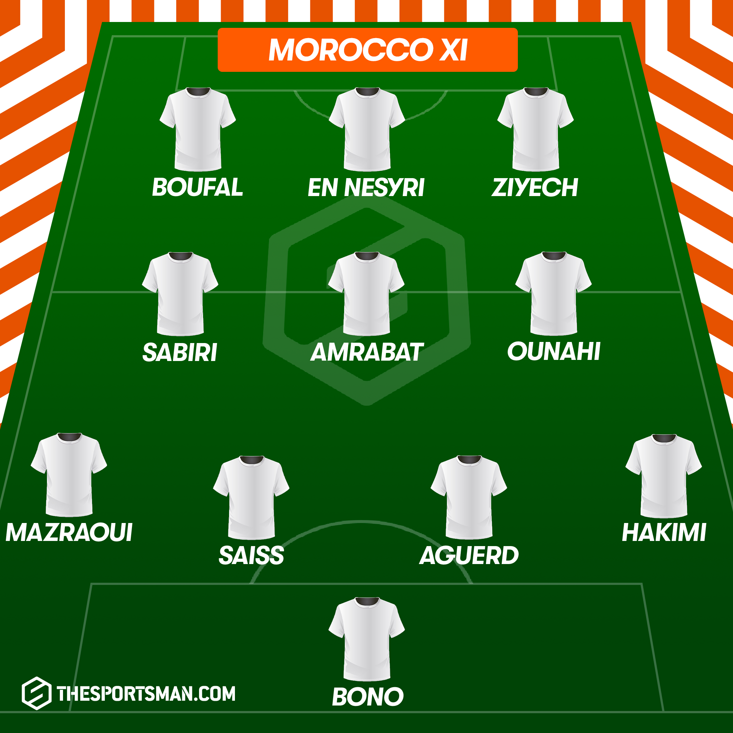 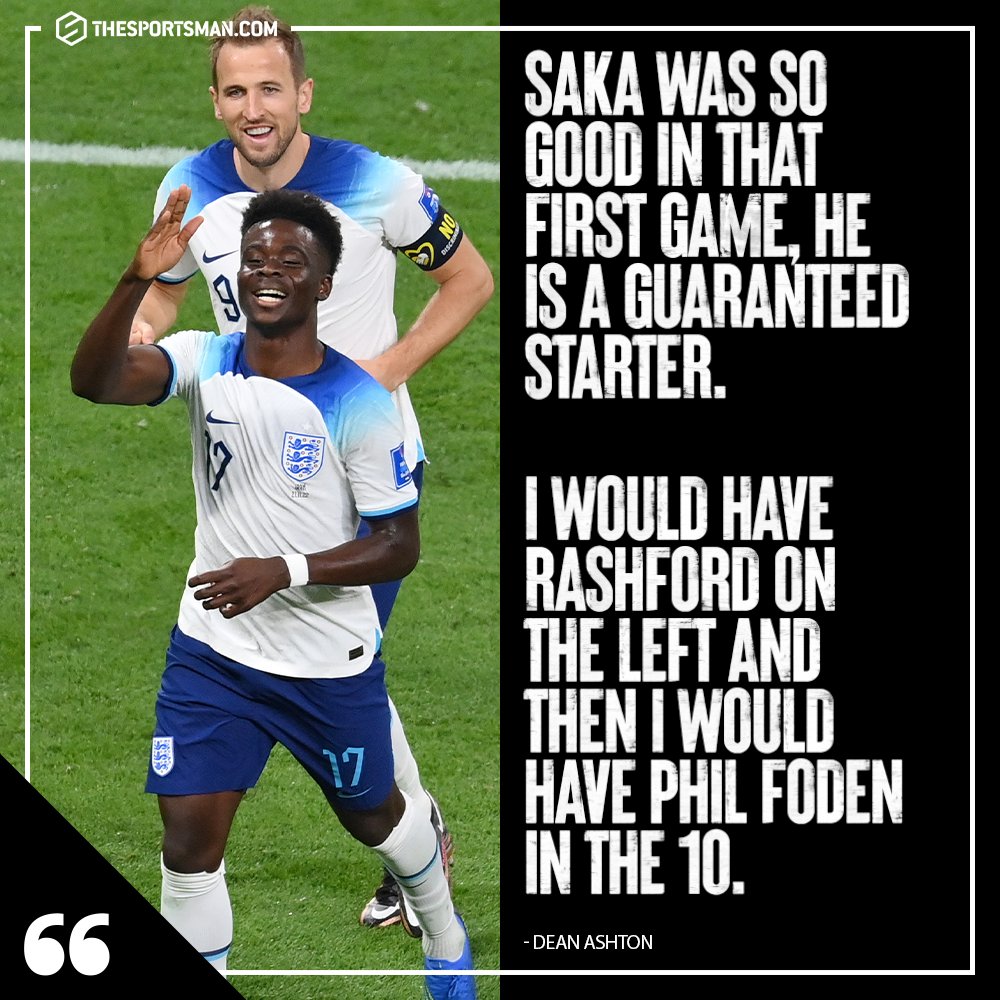 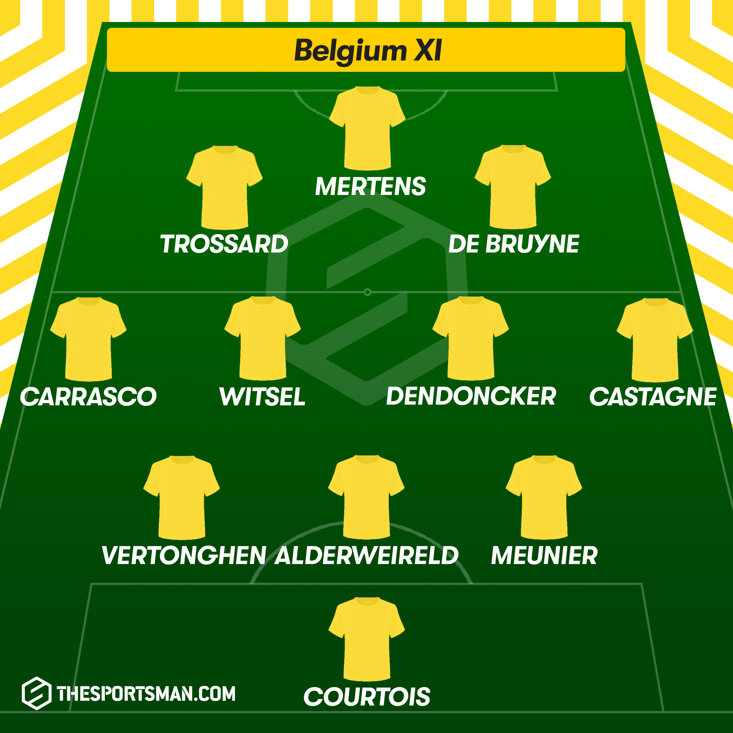 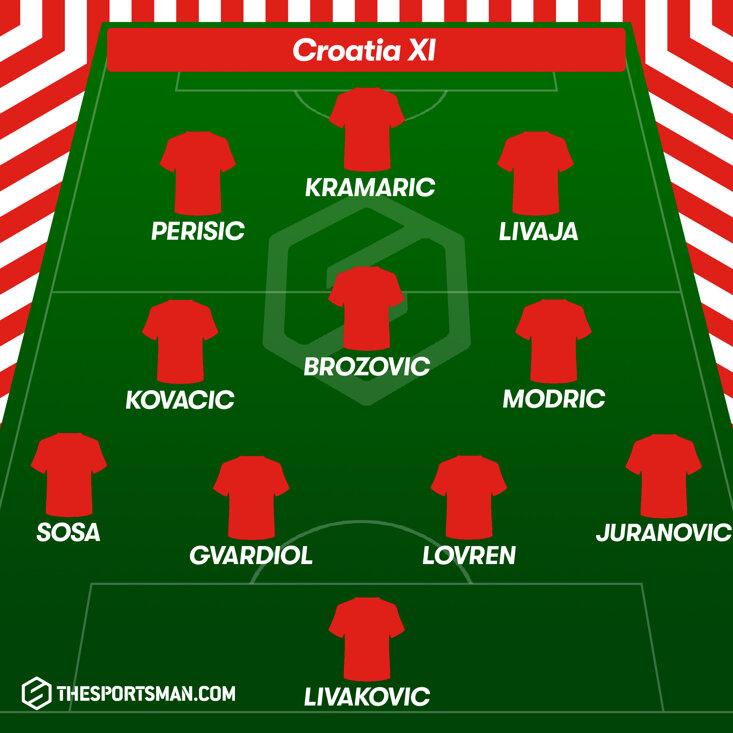 01 December 2022
WATCH: Luis Suarez on that handball vs Ghana

Luis Suarez is not apologising for his infamous handball in the 2010 World Cup quarter-final vs Ghana.

Football Daily
@footballdaily
🗣 "I don't apologise about that... the Ghana player missed a penalty, not me."
Luis Suárez feels no remorse for his handball in the 2010 World Cup game against Ghana
#FIFAWorldCup
16
127
01 December 2022
Fifa World Cup Today

The penultimate day of Fifa World Cup group stage action is here and it is all to play for in Groups E and F. 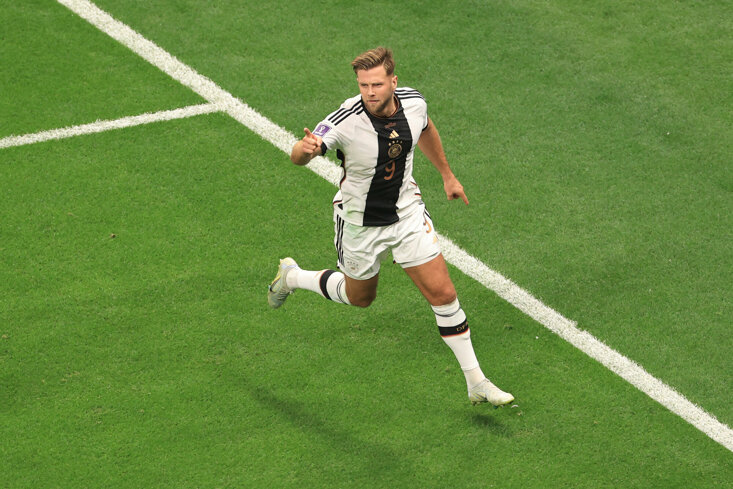 Roberto Martinez has called out the media for "fake news", this comes after rumours has spread about conflict in the Belgium camp. Belgium have made a poor start to their 2022 World Cup campaign and Kevin De Bruyne said this is due to the team being "too old". Jan Vertonghen seemed to hit back at the KDB when he said "I guess we attack badly because we are also too old up front" to the media after The Red Devils 2-0 defeat against Morocco.

Thibaut Courtois was left unimpressed by the rumours "Whoever leaked this? We don't need to know that. If it gets out, it's his last day in the national team."

As an outsider, there seems to be rift in the Belgium camp but Martinez is keen to stop this narrative and has turned the blame on the media: "Now we have some outlets in Belgium that are quite happy to jump on fake news." 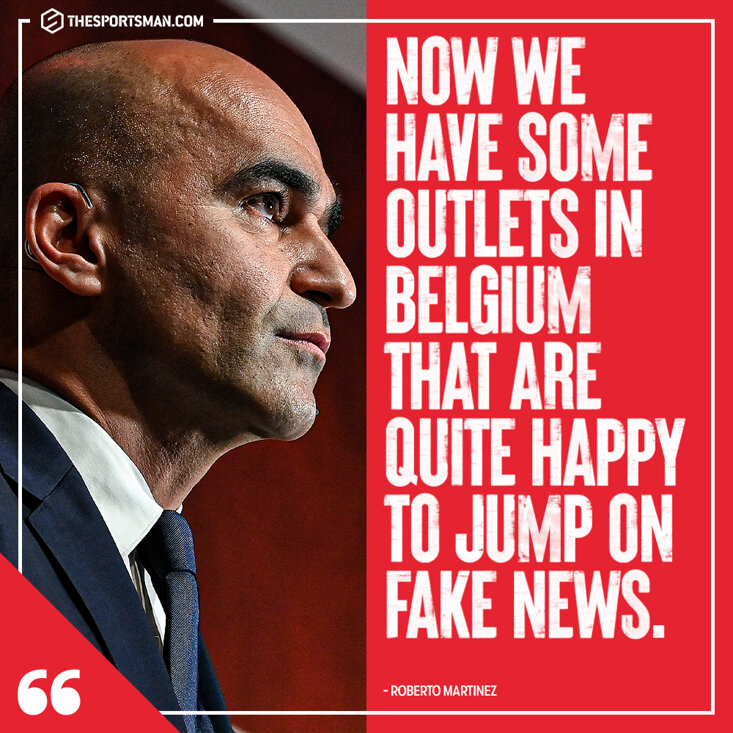 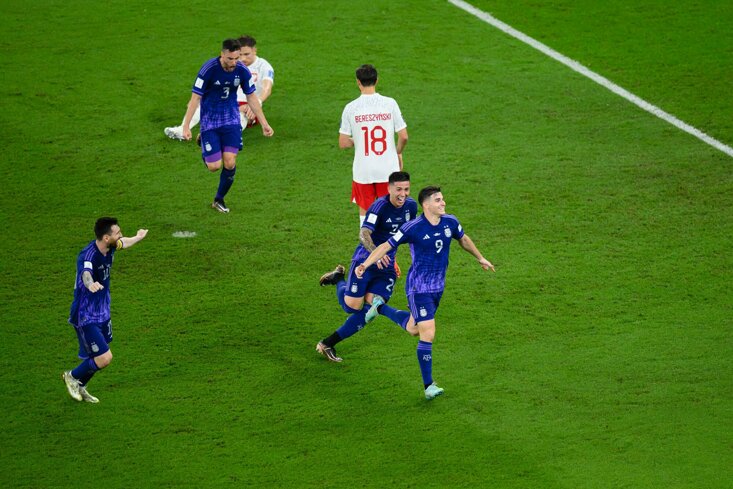 Despite a 2-1 win over Saudi Arabia, Mexico are out at the group stage having been within one goal, or two Poland yellow cards, of the next round and are left to deal with their first group stage exit since 1978.

No Game Five, Not Even A Game Four: Mexico Dumped Out In Brutal Fashion 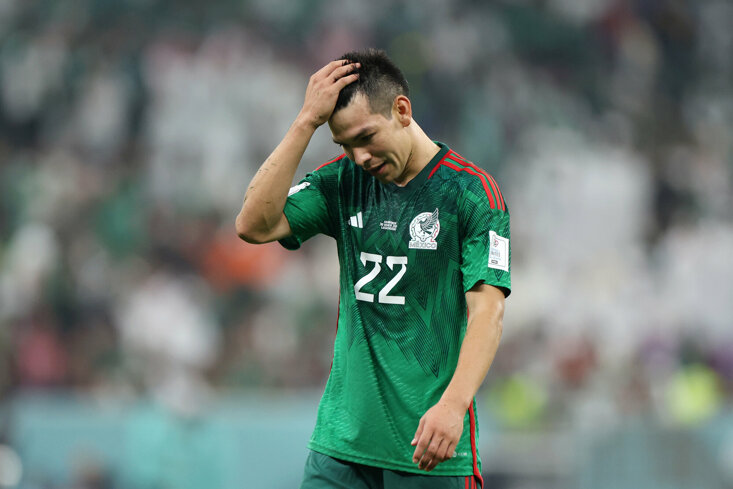