With the haziness of the New Year celebrations behind us, it is time to clear our minds and look ahead to what sporting gems 2022 has in store for us. Get your brand new calendars out, this is how this sporting year is set to pan out.

With any luck, this will mark Emma Raducanu’s return to Grand Slam action after winning the US Open while Andy Murray should also feature.

Great Britain have won five medals at the last two Winter Olympics and 50 Team GB stars will head to China in a bid to surpass that total.

Can Wales retain their crown or will England be able to find some consistency after beating world champions South Africa? France are early favourites with Betfred, but this could be anybody’s tournament.

Team GB won seven medals back in 2018 but Menna Fitzpatrick, our only gold medalist from 2018, will hope to have company on top of the podium this time around.

The Formula One season begins. Lewis Hamilton vs Max Verstappen round two. If it is anything like 2021 then we are in for a treat.

One of many tournaments that was postponed a year because of the Covid pandemic, England will try to defend the title they won on home soil in 2017 but Australia will start as favourites.

Scotland and Wales could set up a play-off final that will see them face each other in Cardiff on 29 March for a place at the World Cup. That would be huge, while the draw also means either Euro 2016 winners Portugal, or Euro 2020 winners Italy, will not be in Qatar. 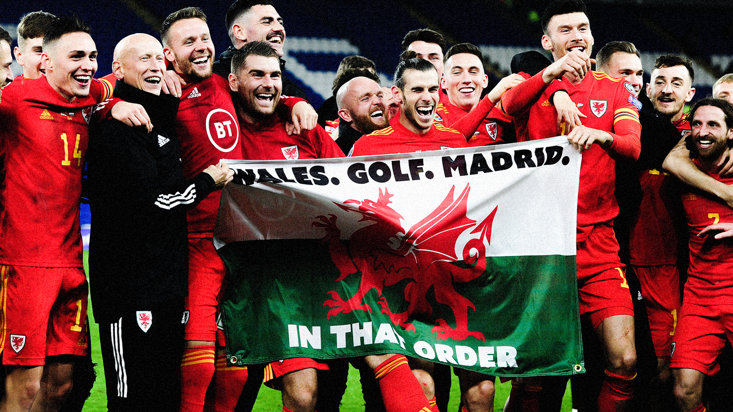 Can Rachael Blackmore make it back-to-back wins after becoming the first female jockey to win the Grand National on Minella Times in 2021?

A pinnacle of the English football calendar. Leicester the current holders.

Chelsea completed a belated domestic treble with a delayed win over Arsenal, and will be looking to defend their crown just one day after the men do battle.

Surely the summer can’t be as bad as the Ashes? Please.

Two brilliant weeks of the summer sporting calendar as tennis comes to SW19. Raducanu will return to the court that served her so well before her US Open win while Cameron Norrie had a strong 2021 and could go far. 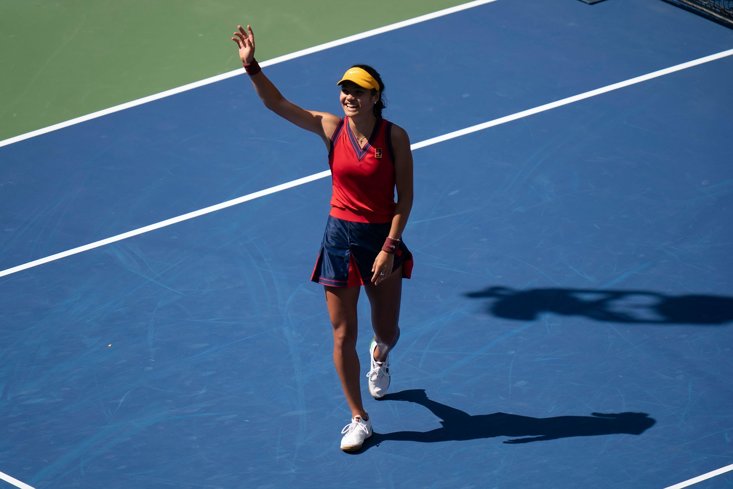 Lewis Hamilton may have won the battle at Silverstone last year but he would ultimately lose the war with Max Verstappen as the Red Bull driver stole the World Championship on the final lap of the final race.

England haven’t won the European Championships, ever. Can the women go one step further than the men did on home soil?

The home of golf hosts the 150th Open Championship and Tiger Woods could return after nearly losing his leg in a car crash. Collin Morikawa is the current holder of the Claret Jug.

Dina Asher-Smith and Katarina Johnson-Thompson will want to defend their world titles, while other Olympic stars will also take to the track.

The schedule features more medal events for women than men for the first time in Commonwealth Games history, as well as a fully integrated Para-sport programme. They will also be a women's T20 cricket tournament held alongside the traditional Commonwealth sports.

The new Premier League season will begin earlier than usual to accommodate the Qatar World Cup. 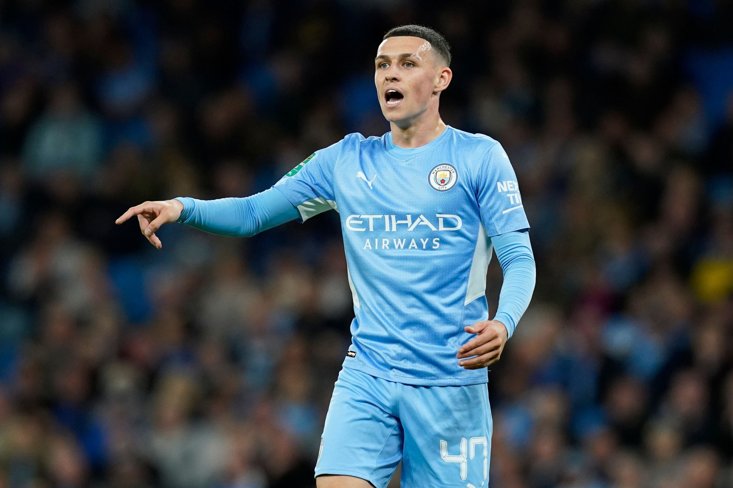 England are the best team in the world, on a run of 18 straight wins and should return from New Zealand with the World Cup. The hosts will be their biggest threats.

Delayed by a year due to Covid, England will want to win the whole tournament, which will now feature Australia and New Zealand.

England lost to New Zealand in the semi-final of this competition in November but will look to make amends a year later, although hosts Australia will be tough to beat.

x
Suggested Searches:
The Sportsman
Manchester United
Liverpool
Manchester City
Premier League
More
sports
The Sportsman's Weekend Accumulator: Coutinho, Stockport And...
The Sportsman is back for another weekend accumulator and this time, we’ve got our experts on [ ... ]
sports
The Sportsman's 16/1 Weekend Acca Including Boxing, Football,...
It has been a long time since we last put one of these together but The Sportsman’s acca [ ... ]
sports
Brilliant For Birmingham: BBC's Ayo Akinwolere Can't Wait For...
The Commonwealth Games returns to British soil this week, with a 10-day celebration of athletic achievement [ ... ]
sports
Serena, Venus And Sport's Best Sibling Rivalries
Today marks the 20th anniversary of Serena Williams’ first Wimbledon win in 2002. The legendary [ ... ]
sports
WATCH: Hot-Dog Eating Champ Joey Chestnut Chokes Out Protestor...
The current sporting world is littered with all-time greats; Tom Brady, Lionel Messi, Cristiano Ronaldo, [ ... ]
sports
Hustle And The Best Sports Films Currently On Netflix
The Adam Sandler renaissance is in full-swing with the Happy Gilmore star’s latest effort, Hustle, [ ... ]
sports
WWE’s Class Of 2002: Two Decades of Dominance, Inside and Outside...
In 2002, just over a year removed from the ‘Monday Night Wars’ between his World Wrestling [ ... ]
sports
Muhammad Ali And The Greatest Trash-Talkers In Sport
Today marks six years since we lost the great Muhammad Ali. Boxing’s most beloved star was as [ ... ]
sports
What Did The World Of Sport Look Like When Queen Elizabeth's...
Queen Elizabeth II celebrates her Platinum Jubilee this week and to commemorate the occasion, we have [ ... ]
sports
Dream Weekend Turns Sour As Huddersfield Fail In Challenge Cup...
It was meant to be the perfect sporting weekend for the town of Huddersfield. With their football and [ ... ]
sports
Monaco, The Masters And More Unbelievable Experiences In Sport
This weekend sees the Formula One teams, fans and staff arrive in the principality of Monaco for the [ ... ]
sports
Tony Hawk's Impact On The World Of Skateboarding Cannot Be Understated...
In the Smithsonian, a baby blue Bahne skateboard sits proudly on display as part of the National Museum [ ... ]
sports
The Saudi Golf League And Other Breakaway Competitions In Sport
There appears to be a civil war looming in golf as the PGA Tour continues to fight back against the [ ... ]
sports
Britain's Top Ten Greatest Sporting Achievements Featuring Roger...
Four minutes. One mile. The seemingly unbreakable human barrier was brought tumbling down by Roger Bannister [ ... ]
sports
Triple H’s Legacy Lies With WWE’s Next Generation
All that remained was a pair of black boots. Black boots that signified the end as they stood proud [ ... ]
sports
Kevin Owens’ History-Making WrestleMania Match With Steve Austin...
The well trodden adage surmises that heroes are worth avoiding, should you ever be presented with the [ ... ]
sports
The Deadman Didn't Rise: Revisiting The End Of The Undertaker’s...
75,167 people can be just as deafening when they are dead silent as when they are roaring in unison. [ ... ]
sports
The Barkley Marathons: The 100-Mile Race That Broke All Of Its...
In 1977, James Earl Ray, the gunman behind the assasination of Martin Luther King Jr., embarked on an [ ... ]
sports
International Women’s Day: Ten Female Superstars To Watch Out...
In honour of this year’s International Women’s Day, we take a look at ten female sports [ ... ]
sports
How Sport Is Handling The Russian Invasion Of Ukraine
The Russian invasion of Ukraine has cast a shadow over our world, with an uncertain darkness hanging [ ... ]
sports
2022 Commonwealth Games: Eight Stars To Look Out For In Birmingham
In just 150 days, the eyes of the world will be fixated on Birmingham for the 22nd Commonwealth Games, [ ... ]
sports
Looking Back At The Most Calamitous Sporting Performances In...
There is nothing worse when it comes to being a professional athlete than when you have a performance [ ... ]
sports
Talent In Tartan: Why 2022 Could Be The Year Of The Scots
Scottish sport thrived in 2021, with star athletes from north of the border making waves on a global [ ... ]
sports
Most Significant Sporting Moments Of 2021: From Fury's KO To...
Sport makes us feel things. This year, we have witnessed a whole array of emotions from England’s [ ... ]
sports
Euro-Mania, Formula One Fireworks And The Best Sporting Moments...
Despite the ever-looming menace that is Covid, the past year has been an unforgettable one in the world [ ... ]
sports
Remembering The Iconic Sports Stars We Lost In 2021
As we bid farewell to 2021, there is an air of hope as we look ahead to what 2022 might bring in the [ ... ]
sports
From Lineker To Ali’s Legacy: The Sportsman’s Favourite Articles...
What a year it's been in the world of sport! Despite all the ongoing uncertainty surrounding the [ ... ]
sports
Olympic Dreams Realised, Football Justice Done: The Sportsman...
It has been an incredible year of sporting drama and intrigue. With 2021 almost in our rearview mirror, [ ... ]
sports
Football In The Trenches, Shaq Vs Kobe & Christmas Day's Special...
Sport and Christmas Day don’t mix, at least that’s what you’ve been programmed to [ ... ]
sports
Mammoth Upsets, Fairytales and History-Makers: The 2021 Sportswomen...
Despite the ever-looming menace that is Covid, the past year has been an unforgettable one in the world [ ... ]