The 2019 World Matchplay series came to an end last night with Rob Cross emerging as champion after he defeated Michael Smith 18-13 at Blackpool’s Winter Gardens.

But fear not, there’s still plenty of action from the oche to come this year...

The World Grand Prix returns to Dublin’s Citywest Hotel Convention Centre in October and Michael Van Gerwen will be hoping to lift the title for a fifth time after claiming his fourth with a 5-2 victory over Peter Wright last year.

The Paddy Power-sponsored tournament hits The Morningside Arena in Leicester this year when the eight best players in the world go head-to-head over two days of action.

Reigning champion Gary Anderson will be looking to defend his crown after beating fellow Scot Peter Wright 11-4 in the final last time round, his eighth major title.

The eight players - confirmed following the World Matchplay - are initially split into two groups of four for the opening three sessions, which see the group rivals meet once before the top two players from each group progress to the semi-finals and then the final for a chance to claim the £100,000 prize fund.

The 13th instalment of the Grand Slam of Darts hits Wolverhampton in November and will see 32 players from both the PDC and the BDO systems face off for the Eric Bristow Trophy and £550,000 in prize money, with the winner taking a tasty cheque worth £125,000 home with them.

The nine-day tournament will first see the 32 players split into eight groups of four for the round-robin phase, with all players competing on both Saturday and Sunday.

Last year, Gerwyn Price beat Anderson 16-13 in the final to pick up his first televised PDC major win and also became the first Welshman to win a televised PDC event. 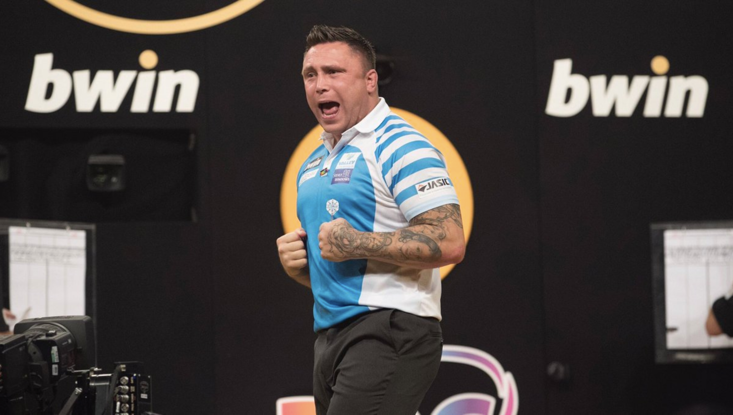 The darts heads to Butlins at the tail-end of the year when the Ladbrokes Players Championship Finals get underway in Somerset. The £500,000 event will feature the leading 64 players from the 2019 Players Championship Order of Merit following the year's 30 one-day ProTour events.

Butlins are even offering Weekend Break Packages for the tournament, which includes four nights' accommodation at the Minehead Resort and tickets for the three-day Players Championship Finals.

Daryl Gurney took home the title last year when he stunned van Gerwen 11-9 in the final to win his second major.

2019 finishes with a bang when the biggest event in darts comes to Ally Pally during the festive season, when 96 players compete for a whopping £2.5million in prize money, the biggest in the sport with the winner picking up a cool £500,000.

There’ll be a tinge of sadness around the event though, as, should he qualify, it will be Raymond van Barneveld’s last tournament as a professional, following his decision to retire after its conclusion.

Last year’s edition, the first to not feature Phil Taylor since 1989, was claimed by MVG, who beat England’s Michael Smith 7-3 in the final.