Snooker
News
Dave Gilbert is universally liked and there isn’t a person embedded in the sport who wouldn’t be delighted for him if he lands a big one
Rob Walker
10:00, 02 Apr 2021

Dave Gilbert is one of the nicest, most humble guys on the snooker circuit. This is a man who no more than a decade ago found himself kicked out by an ex-girlfriend, kipping on a mate’s sofa armed with nothing but a dodgy colour TV and a bag of clothes.

Snooker was a bit of fun on the side in between sessions at the local pub and working as a part time potato farmer. The talent was there, but with so much fun to be had with the boys who had time to practise 6 hours a day?

Cue the arrival of Abby. This time a girlfriend who not only didn’t kick him out, but married him and then encouraged him to harness that talent and make the most of the potential so many people had seen for so long. He began taking it seriously and saw an immediate benefit.

I think the arrival of Barry Hearn also had a huge impact on Gilbert ‘s motivation because suddenly guys like him down the rankings could actually see the chance to make a proper living with tournaments week after week as opposed to month after month.

It didn’t happen overnight but I know early on in the “revival” a £12,500 paycheck for a run to the last 16 in China was a timely injection of cash and belief.

After making his debut in the Betfred World Snooker Championship back in 2007 complete with mullet (and probably a pint or two after losing 10-7 to Stephen Hendry) Gilbert had unfinished business with the sports spiritual home. His ultimate ambition? Not to win a ranking title, though that would of course be nice, but to make it to Sheffield with his name in the programme as a top 16 seed.

How can you do anything but warm to such endearingly uncomplicated ambitions? Well after 17 full seasons on tour, finally it was his turn. And what a year it turned out to be for him in Sheffield in 2019.

His best world championship performance up until that point was his run to the last 16 in 2012 when he lost to Neil Robertson having knocked out Martin Gould in the opening round. But, having made that season’s German Masters final, we knew his form was good arriving in Sheffield. 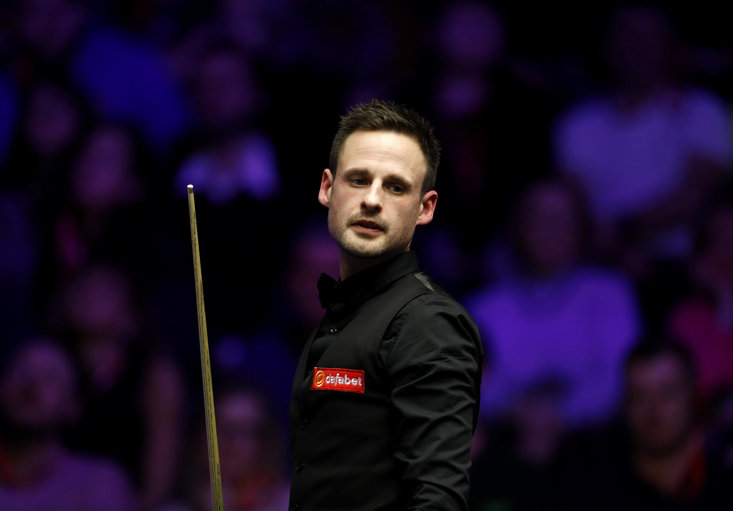 After dispatching former semi-finalist Joe Perry in the first round, he then beat defending champion Mark Williams in the last 16 and sealed his maiden semi-final appearance with a comprehensive win over Kyren Wilson in the quarters. Of course though, it is the epic semi final against John Higgins which looms largest in the memory that year.

Having worked on the sport since 2007, I would say for sheer emotion and drama that decider is in my top five all time snooker memories.

Higgins had been there so many times before (seven to be exact, four resulting in world titles and three times finishing as runner up), whilst Gilbert was in unchartered territory and on the verge of a life changing payday.

Looking back I’m sure John would admit that on the balance of performance Gilbert probably deserved it and indeed there were moments in that final frame in which both thought the Tamworth cueman had done it. But as he manages to do so often, somehow Higgins crawled himself over the line for an incredibly charged victory.

I interviewed Dave live in the corridor backstage afterwards and both of us were in tears. When they cut back to the studio, John Higgins was also crying in his winning interview with Hazel Irvine. It was raw, candid and revealing in a way we’ve rarely seen at the Crucible. He had come so close to the sport’s ultimate match and we felt his maelstrom of emotions in that very moment.

It was always going to be hard to replicate that and last year I know he was bitterly disappointed to bow out in the opening round after defeat to Kurt Maflin 10-8 in a very hard fought match.

I spoke to Dave in depth at this year’s Betfred Masters and he revealed he has found lockdown particularly difficult. I know many people have – so allow me to justify. In a playing context he had been practising a lot with Mark Selby. And who better to learn from than the resurgent three-time world champion and former world number one?

All that stopped when the Coronavirus struck and as you may have gathered, Dave Gilbert is an incredibly sociable man who is not necessarily comfortable or content in his own company. Of course he loves his wife and daughter, but the mental strain of spending so much time practising alone hit him very hard and his motivation took a knock. But there have been signs he has begun to turn a corner.

He made the semi finals at the Masters, losing to John Higgins after excellent victories over Kyren Wilson and Joe perry (who was a late stand in for Judd Trump who withdrew after testing positive for COVID) and he made a decent run to the last 16 of the recent Gibraltar Open.

So once again he is a top name and a top seed automatically through to Sheffield, but he will have to draw on the memories of that amazing run in 2019 to give himself the belief he can finish a difficult season with a flourish.

On what we’ve seen in this COVID hit campaign, another run to the single table set up doesn’t look likely, but there would be no more popular a player to make it that far amongst his fellow professionals.

He is universally liked and there isn’t a person embedded in the sport who wouldn’t be delighted for him as and when he lands a big one. Fingers crossed for Dave Gilbert. He is one of life’s nice guys.