Snooker
News
The draw for round one of the Betfred World Championship has been completed...
Simon Lillicrap
11:36, 15 Apr 2021

The first round of the Betfred World Championship has been drawn and now we know who the biggest names in world snooker will be playing at The Crucible.

Six time champion of the world and defending champion Ronnie O’Sullivan, number one seed, has been drawn up against debutant Mark Joyce after beating Kyren Wilson in the final last year. Despite a successful 16 year career, this will be Joyce’s very first appearance at The Crucible, and he has drawn the biggest name in the sport to make his Sheffield debut against. O'Sullivan has come agonisingly close in five finals so far this season and will be desperate to defend his crown, starting on Saturday.

Elsewhere Chinese superstar Ding Junhui has been drawn up against Stuart Bingham in a first-round tie with the quality of a final. Two men who have won the Masters should certainly give us some first round fireworks, in a tie that is so tough to call.

Current world number one and 7/2 favourite Judd Trump in the other half of the draw will take on Liam Highfield, while former world champion Neil Robertson is up against 'The Firecracker' Liang Wenbo, another talented Chinese potter who could push the Australian all the way.

Mark Selby is seeded fourth and has been drawn up against Kurt ‘The Viking’ Maflin who made it to the quarter-finals in Sheffield last year. The Norweigian was the first qualifier to book his place in round one of the Betfred World Championship as he beat Robert Milkins 10-4 on Tuesday night.

There is a battle of the Wilson’s as Kyren takes on Gary while Tian Pengfei’s reward for beating Graeme Dott is a tie against four-time winner John Higgins. Shaun Murphy, seeded 7th will come up against Mark Davis who staged an improbable comeback win against Jamie Clarke on Tuesday to book his place at The Crucible.

All the action gets underway at 10am on Saturday April 17 and you can see the full draw down below. 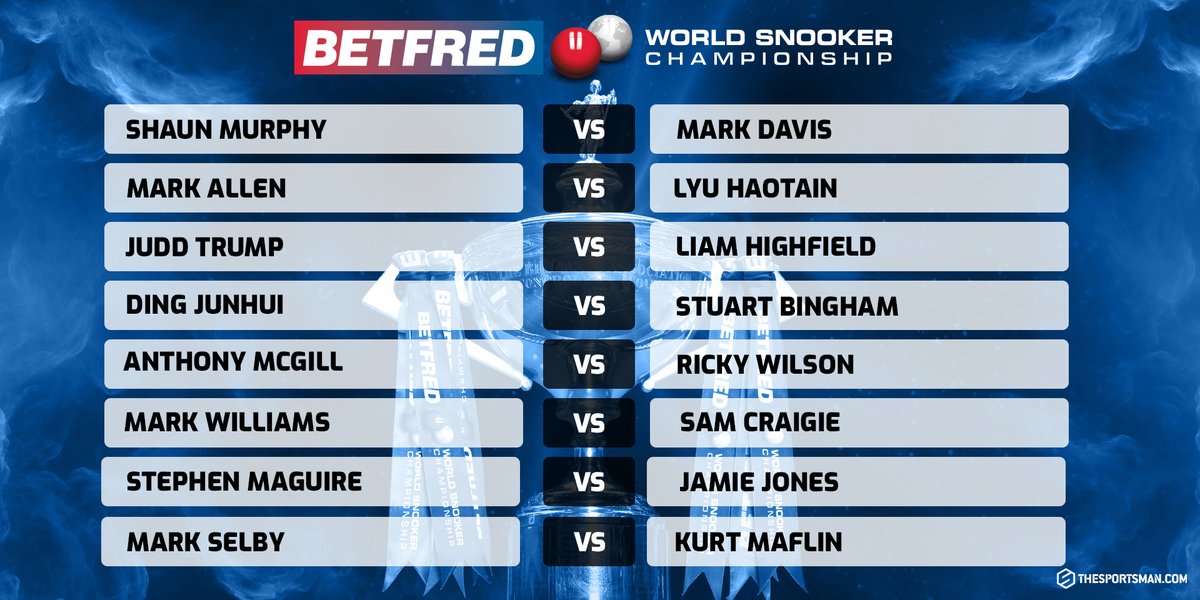