Rangers’ run of 40 league matches unbeaten came crashing to an end on the second weekend of the new season as Steven Gerrard’s men were handed a 1-0 defeat by Dundee United. Jamie Robson got the only goal of the game for Thomas Courts’ side, who have recorded a historic win at Tannadice which will give them a huge boost after their defeat at Aberdeen on the opening weekend, but what does this mean for Rangers?

For many, this season was simply meant to be a continuation of last term. Rangers won the Scottish Premiership undefeated, winning 32 of their 28 league matches and scoring 92 goals along the way and their last loss came on March 4th 2020 against Hamilton, before the very first lockdown believe it or not.

That feels like an absolute lifetime ago and it has been plain-sailing for Gerrard ever since, as he denied Celtic their tenth title in a row and brought unbridled joy back to Ibrox. But now, after such a rare defeat, questions will be asked as to whether this Rangers side are up to defending their crown?

Celtic on paper are weaker than they have been in many years with new boss Ange Postecoglou facing a tough task which came to fruition last week as his side lost on the opening day. But perhaps Rangers are not as strong as we first thought either.

New signing John Lundstram, who joined with a big reputation from Sheffield United, must improve, and quickly. He lost his man and was found wanting in the build-up to Dundee United’s goal, and he was part of a Rangers midfield that was slow and lethargic. They dominated possession, but could not do anything with it as they passed with little intent.

Of course, one reason for that could be their tough midweek Champions League trip to Malmo, where a late Steven Davis goal gave them hope heading into the second leg, but if their focus is elsewhere, they will be found out in the league. The 5,000 fans in the ground made things very difficult for Rangers and clearly gave the home side a boost, which is another thing Gerrard’s side did not have to contend with in the pandemic-hit season. 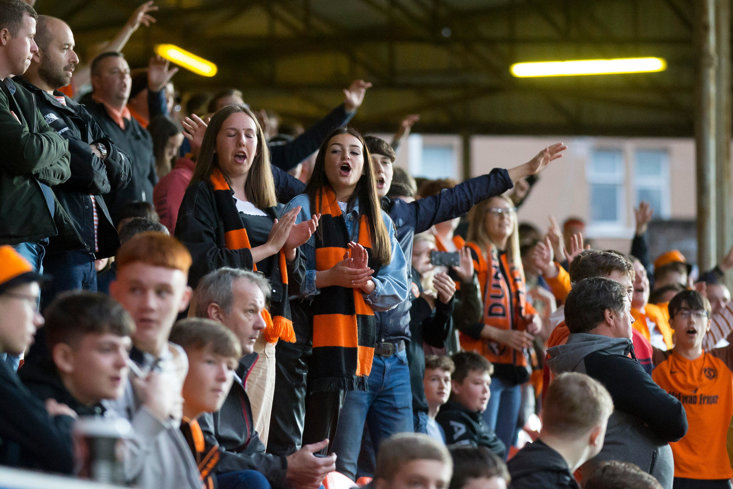 "From our point of view, it was not good enough. I think over the course of the 90 minutes we didn't deserve to lose the game but you always put yourself in that position if you don't score goals,” manager Gerrard said.

"We didn't create enough today and whilst the game is at 0-0 there's always a risk if you get one or two things wrong. The result and the performance is on me and my team. We'll have to accept that and move on pretty quickly.

"I've got belief and confidence in all of my attacking players but that's when we're at our best. Credit to Dundee United for defending well.

"When you suffer a setback, it gives you the chance to re-set and give some of the players some home truths. We'll go away and analyse the game. At the moment, we've not got time to feel sorry for ourselves. We're going to need a far better level of performance to get that done."

There is no doubting the quality of this side. On paper, they are still the best in the division, and the return of Alfredo Morelos to the starting line-up today will be a boost, given he had been linked with a move away, but they must start to perform and bounce back from this result. This can now be their early wake-up call.

They now face Malmo in the second leg of their crucial Champions League third-round qualifier on Tuesday at Ibrox before hosting Dunfermline in the second round of the Scottish League Cup on Friday.