The ‘worst defence of a Premier League title’ that we have ever seen. An embarrassment to English football. Jurgen Klopp’s Liverpool, a side that has been plagued by injuries and looked down and out earlier in the season, remarkably rallied to finish as the third best team in the Premier League this season.

Of course, for any defending champions, finishing outside the top two is a huge disappointment, but with ten games to go, they were well adrift. A loss at Anfield to Fulham left Klopp’s side ten points behind Leicester and four points behind a Chelsea side who were beating everybody in sight, having played a game more.

Ten games is a long time in football. But Klopp’s team have shown the spirit of champions to make the top four and beware the rest of the league, they’ll be back for more next season. 26 points out of a possible 30 on offer, with only two late equalisers against Leeds and Newcastle prevented them from completing a perfect ten game winning run. Wins against Aston Villa and Southampton helped them shake off their Anfield woes this term, but it was their away form that dragged them to the top four.

They won 3-0 at Burnley and Arsenal, 4-2 at Manchester United but their most iconic moment came in their success at the Hawthorns last week. When your goalkeeper scores an injury time winner with his head, you know your fortune has turned around. This was still without Virgil Van Dijk and still without Joe Gomez as Nathaniel Phillips stepped up to the plate.

On a final day full of drama, which saw Leicester City and Chelsea lose, Anfield was relatively calm. Two Sadio Mane goals gave the Reds a 2-0 win, but the other results meant they didn’t need a single point more to secure Champions League football next term. What Klopp has achieved with this squad deserves immense praise. It may be a trophyless season, but he’ll be delighted with their run-in results. 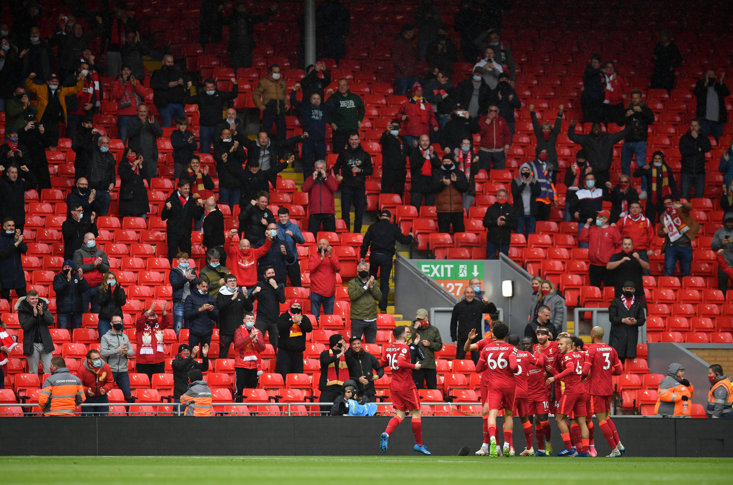 For Leicester, it was heartbreak once again. They threw away a 2-1 lead against Tottenham that cost them their Champions League spot, eventually losing 4-2 as Harry Kane secured the Golden Boot from Mo Salah. It was made more painful as the Foxes drew first blood in the opening 45 minutes as Jamie Vardy sent Hugo Lloris the wrong way from the penalty spot, after he was tripped by Toby Alderweireld in the box. Referee Anthony Taylor didn’t initially award the penalty, but after consulting the VAR monitor, the decision was given.

Over at Anfield after a nervy first half, Mane had put the hosts in front after he poked home from close range from a corner. Klopp’s side looked to be well on their way to Champions League football at the break, but Leicester and Chelsea were feeling the heat.

Harry Kane timed a volley perfectly to nutmeg Kaspar Schmeichel and bring the scores level, while he also nudged one goal ahead of Mo Salah in the race for the Golden Boot. That was the England captain’s 23rd of the campaign as he won his third Premier League top goalscorer award, but there was concern for Leicester as their Young Player of the Season Wesley Fofana was forced off through injury.

The real drama of the first half came late at Villa Park. The home side threw a proverbial cat amongst the pigeons as Bertrand Traore converted a clever set piece against his former club to leave Chelsea’s Champions League hopes dangling by a thread. As it stood at the break, they would qualify via goal difference, but one Leicester goal would change all that. 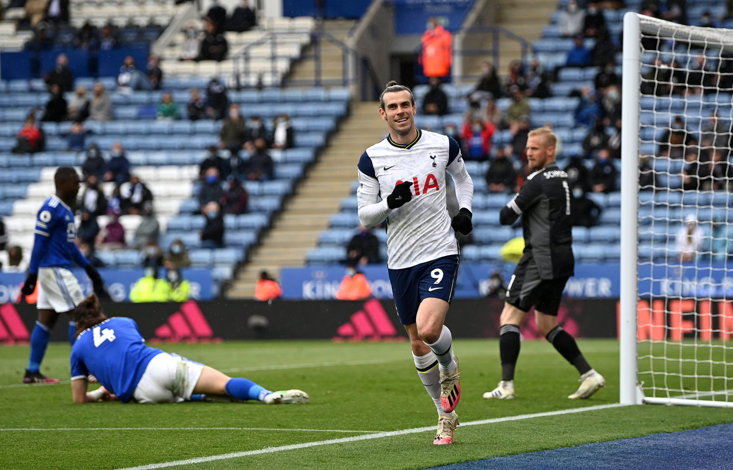 Just seven minutes into the second half, Vardy got that goal and put the Foxes ahead. He went down easily after a tangle with Davinson Sanchez, and placed his penalty in exactly the same spot to lift Leicester into the top four. If the cheers were loud for that goal at the King Power, they were arguably even louder as the news that filtered through that Anwar El Ghazi had converted a penalty against Chelsea to put Villa 2-0 up.

Joy turned to despair on a topsy-turvy afternoon as Kaspar Schmeichel flapped at a corner and inadvertently turned the ball into his own net. To make things worse, Sadio Mane put Liverpool 2-0 up and Ben Chilwell pulled one back for Chelsea. Leicester were out of the top four. With just five minutes to go, Gareth Bale struck the decisive blow for Spurs, before he added a second to make it 4-2 in injury time - while Kane appeared to say farewell to some of his teammates at full-time.

Chelsea got incredibly lucky today, while Leicester will be looking at a massive opportunity missed, but for Liverpool, it is job done. Eight wins from their final 10 games, Champions League football at Anfield next term and Van Dijk and Gomez set to return from injury. The ‘worst ever Premier League champions’ are looking alright. Don’t be surprised if they set the Premier League alight again next term.