Football
News
After signing a broadcasting deal worth £8m, exposure for the Women's Super League is going to expand significantly
Simon Lillicrap
10:40, 22 Mar 2021

The BBC will screen Women’s Super League matches for the very first time next having signed a new record-breaking broadcasting deal worth £8m for games to be shown on both the BBC and Sky Sports.

There will be 22 games shown, at least one every weekend, on free-to-air television which marks a landmark moment in the women’s game. 11.7m people watching England’s World Cup semi-final in 2019 with that tournament having more than one billion viewers worldwide, showing the momentum that the women’s game has garnered over the past few years.

Meanwhile, Sky will host 44 games per season over the next three years in a deal which is set to get more eyes than ever before on the league. England captain Steph Houghton said this is an “amazing step forward for women’s football.”

"The way this sport has developed in this country over the last few years has been unbelievable," she added. "I think this will really push our league to be the best in Europe, if not the world."

The launch of the Women’s Super League in 2010 was seen as a big step forward, as was the decision to move to a ‘winter season’ and align their season with the men’s game in 2016. Along with the quality of the game improving on the pitch in recent years, this latest move is sure to raise more interest in the WSL. 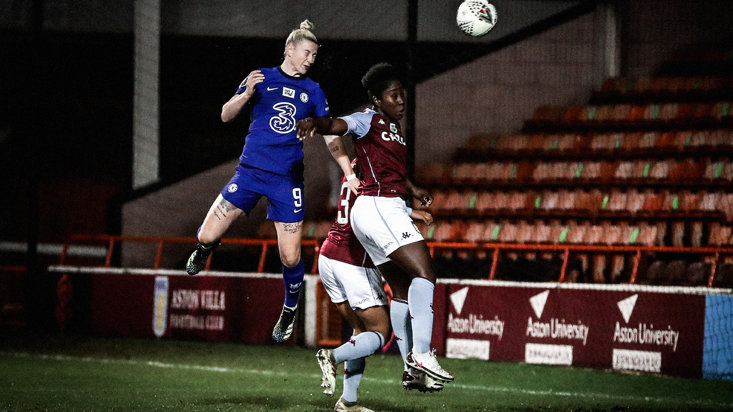 Kelly Simmons from the FA commented, "It is one of the biggest deals commercially, definitely for women's football in terms of a domestic deal, and up there for women's sport,"

“We just desperately want more and better. It's always about looking forward and trying to fix the things that we're not happy with. This feels like one of those real step-change moments for the women's game,"

"The work we do now will be to project those future revenues down the line. We always said to the clubs to believe and invest and now this will be the start of seeing that there's an ability for the game to take profits and [move away from] reliance, long term, on the men's game.

"It's going to be hugely visible next season. I'm sure it'll inspire thousands and thousands of girls to play the game so I just can't wait."

The impact for the next generation should be absolutely huge. Young girls, from any background, being able to see people who look like them playing football at the highest level will give them the confidence to go out and play.

General manager of Lewes FC Maggie Murphy told The Sportsman about the impact large viewing figures can have on the game, including the potential for more money to come into the game, which could raise both transfer fees and wages.

“The fact that it [2019 World Cup] was on free-to-view television added a layer of legitimacy to women's football. It meant people could accidentally come across it and find themselves absorbed in it. When it comes to commercial deals, sponsorship, broadcast, it is a legitimate product worth investing in.”

The progress that has been made from that very first eight-team WSL season has been astronomical, but thanks to this TV deal, this could be the decade that women’s football really takes off with the general public.