Football
News
We may only be three games in, but there are already two outstanding candidates
Conor Keane
16:10, 27 Sep 2021

The Women’s Super League may still be in its infancy but the title race already appears to be narrowing down, with London being the trophy’s likely destination yet again. Reigning champions Chelsea and challengers Arsenal look levels above the rest of the sides in the division in what is sharing up even at this early stage to be an interesting two-horse race.

Arsenal sit at the peak of the table with three wins from three, with a 3-2 win against Emma Hayes’ reigning champions on the opening day of the season making a real statement. Jonas Eidevall has had an instant impact with the Gunners since his appointment in the summer from FC Rosengard, with Arsenal really buying into his philosophy. They are already reaping the rewards for his style, and pose a real threat to Chelsea’s chances of a third successive WSL title.

With arguably the best striker in the world, Vivianne Miedema, leading the line, Arsenal were always going to be Chelsea’s biggest challengers this season and the Dutch striker is already playing her part perfectly as she has four goals to her name this term. On Sunday the Gunners racked up a 5-0 demolition of Gareth Taylor’s Manchester City, who may have been plagued with several injuries but their poor start to the season reflects how far behind their title rivals they are. City are simply in no sort of position to contest for the title this year, having lost more games in 2021-22 so far than they suffered in the entire previous campaign. 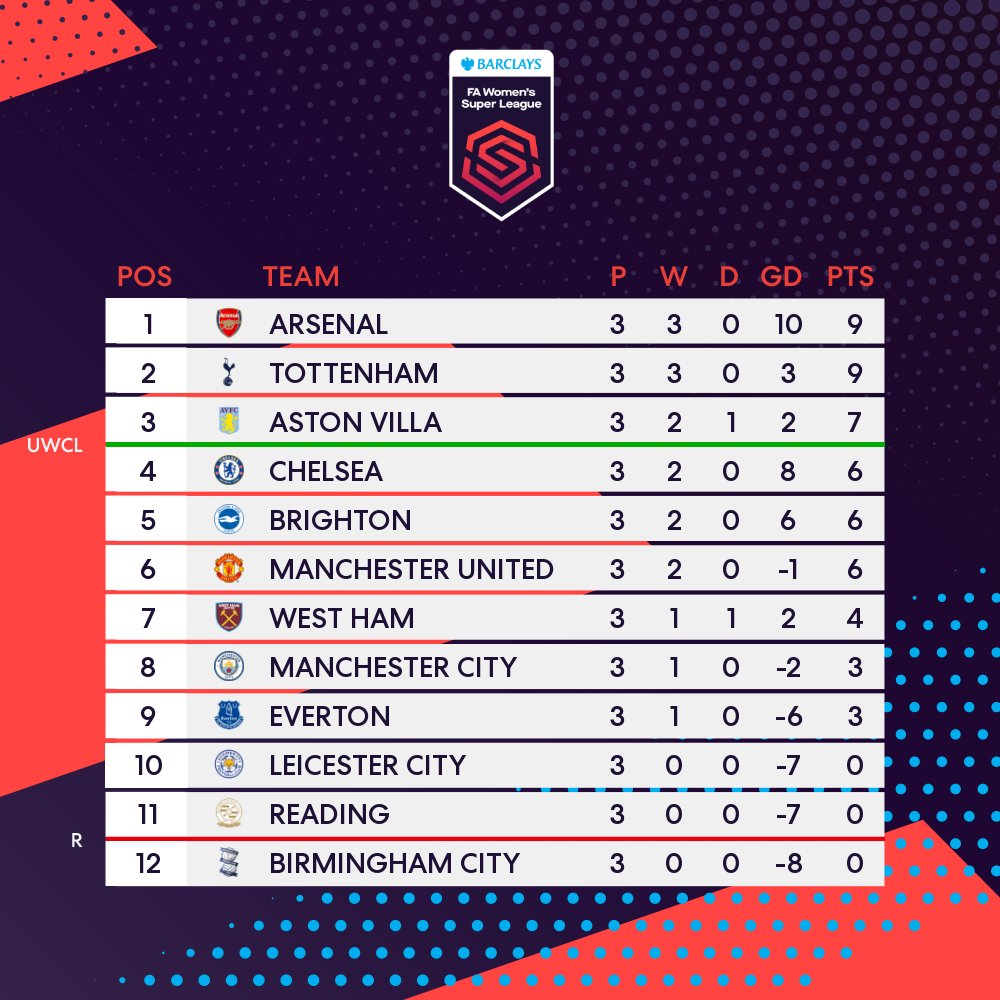 Chelsea were quick to put to bed the doubts surfacing after their defeat to Arsenal, with two comfortable victories over Everton and most recently Manchester United. The Blues have scored 10 goals in those two matches, which highlights the sheer firepower Hayes has at her disposal. With the likes of Fran Kirby and Sam Kerr leading the line, and summer signing Lauren James waiting in the wings eager to make an impact at the club she has supported since she was a child, Hayes is never going to be short of goals. Kirby and Kerr already have six goals between them in just three games.

The early signs suggest Arsenal and Chelsea could pull away from the rest of the league in the coming weeks, and in a 22-game season early signs mean a lot. Tottenham Hotspur and Aston Villa, under the stewardship of former Birmingham City boss Carla Ward, have enjoyed bright starts to the campaign with Spurs picking up maximum points alongside their north London rivals. It is no disrespect to the other challengers, but Tottenham simply do not have the squad depth to rival Arsenal and Chelsea. There appears little doubt that it is the Gunners and Blues who will decide where the trophy goes this time around.