They can’t keep this up, surely? Not at this pace. Not with this much force. Something has to give. WWE Intercontinental Champion Gunther and his challenger, Sheamus, are slugging it out mid-ring. There are over 62,000 people inside Cardiff’s Principality Stadium for WWE Clash At The Castle, but this fight could be confined to a phone booth. Two behemoths of the squared circle just slugging it out. Forearms. Chops. Punches.

If you grew up as a wrestling fan you’ve probably watched with a parent, friend or smart-arse uncle who points out which blows haven’t really landed with a derisive chuckle. I defy you to watch this absolute war and point out even a single blow that doesn’t look like it could fell a tree. In the sports entertainment world of professional wrestling, Gunther vs Sheamus is as real as it gets.

24 hours before the pair engaged in one of the stiffest, most brutal matches ever contested in a WWE ring, they spoke to The Sportsman about the match and the importance of the WWE Intercontinental Championship. It is a title that was always going to play a considerable part in proceedings, considering it had been at stake in the main event of WWE’s last major stadium show on these shores. SummerSlam 92 at Wembley Stadium closed with The British Bulldog beating Bret ‘The Hitman’ Hart for the gold in a classic bout. Both Gunther and Sheamus felt the weight of responsibility to emulate the success of that immortal match.

“It's a privilege. After the main title, I think it's the one with the longest history.” says Gunther, the towering 6’4 ‘Ring General’, the Intercontinental belt of which he speaks resting proudly on his broad shoulders. “It's a privilege to hold it. I'm gonna do my best to do my part in the history of it.”

The following day, Gunther would attempt to make an indelible mark on that very history. To join a truly elite lineage that includes the likes of Mr Perfect, Roddy Piper, the aforementioned Hart and Bulldog all the way through The Rock, Triple H and ‘Stone Cold’ Steve Austin to today’s superstars. But the longest-reigning NXT:UK Champion in history was typically undaunted by having to prove himself in a packed stadium in Cardiff.

“For me personally, it doesn't matter if there's 25 people or 25,000. My approach is going to be no different. Obviously, when you're in really big venues, you have to take them a little bit slower sometimes, because we want to make sure everybody can understand what's going to happen. Even the rows high in the back. But aside from that, I approach it the same way.” 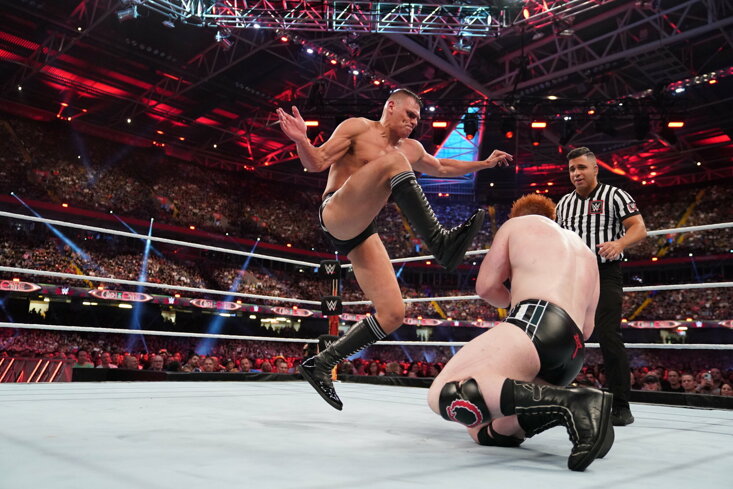 Sheamus has done it all in WWE. He has held the WWE, World Heavyweight, Tag Team and United States Championships. But one title is missing from his mantle; the WWE Intercontinental Championship. It is a fact that is not lost on ‘The Celtic Warrior’. “He's been here a wet minute and he's done quite a lot in that time, obviously winning that championship. I've been here over 13 years on the main active roster. It's eluded me every single time.”

Despite being one of the longest-serving wrestlers on the WWE roster, Sheamus is still hungry. The Intercontinental strap is still something he strives for in order to complete the set of major championships.

“It's the working man’s title. It's been a stepping stone for so many great superstars over the years, before they go on to World Championships. I've just done it the other way around. It means a lot to me, it's one of my favourite titles. Some of my favourite matches involve the Intercontinental Championship, so it's always gonna be special to me.”

The Dubliner was under no illusions when it came to his match with Gunther. The bout between two of the hardest-hitting superstars in the company had been circled by wrestling die-hards as a potential Match of the Night contender. “It's all about the physicality now, it's all about the war. You're going in there and just having a fight. There’s nothing pretty about what we do. It's a throwback to the old school hard hitters. It's gonna be two lads knocking the sh*te out of each other.” 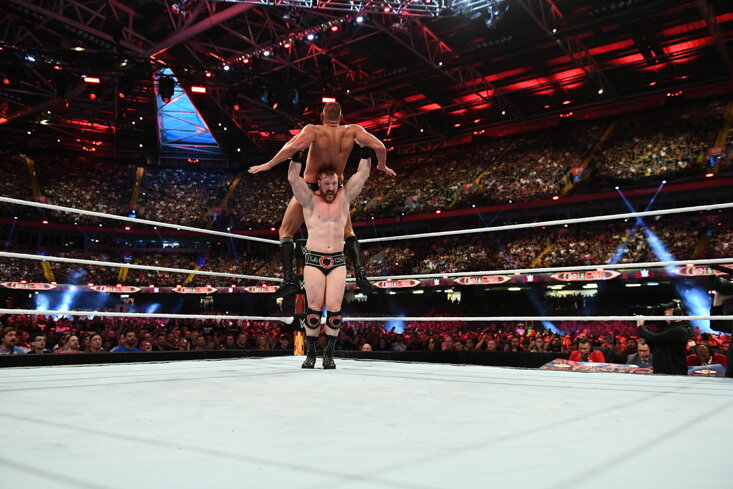 Those words would prove incredibly prophetic. The following day in front of a boisterous Principality Stadium, Sheamus and Gunther unleashed a masterpiece of pure violence. This was hardcore wrestling, but not in the traditional sense. These two warriors threw fists and forearms rather than tables and chairs. The brilliant brutality came purely from what each man did to the other with their own bodies proving deadlier than any weapon. The end came when Gunther somehow kicked out of the Celtic Cross and drilled his opponent with a Powerbomb and a lariat to retain his title.

The crowd erupted as the defeated Sheamus rose to his feet. They gave cacophonous thanks for not only the blood, sweat and tears he had just put into a match that will live forever, but in recognition of his long and devoted service to WWE. Sheamus has entertained these fans for a huge portion of their lives. If this solid-gold classic is any indication, he will be entertaining them for many more. Meanwhile, Gunther has gone from future star to man of the moment. Having dominated the independent scene and NXT:UK, he has proven once and for all that he belongs under the brightest lights. There’s only one thing left to say about this brilliant bout. When’s the rematch?