Horse Racing
News
Matt Hulmes previews all the best action from the second day of the Dante Festival in York
Matt Hulmes
15:00, 12 May 2021

Day two at York and the meeting’s feature, the Dante Stakes, takes place looking to provide another solid Derby candidate to follow in the footsteps of Golden Horn, Motivator and Authorized who all went on to Epsom glory after taking this contest.

Throw in the usual array of competitive handicaps and its set fair for another day of enthralling action on the Knavesmire.

An eighteen runner five furlong handicap at York must be one of the world's trickiest puzzles to solve, but with decent prices to be had the rewards mean it’s worth fathoming and I am giving myself two darts as Betfred are offering five places for each way bets.

I liked both Count D’Orsay and Copper Knight (who won this in 2019) at Chester last week when they had ideal conditions and both ran well to hit the frame behind Jabarockie and are of interest off the same marks, but this is tougher.

The two I like are DAVE DEXTER and VENTUROUS, drawn on opposite sides of the track. DAVE DEXTER has moved from Ralph Beckett’s yard and makes his debut for local trainer Roger Fell in this opener. He signed off last season with a fair third at Leicester on heavy ground and returns 1lb lower this season. He ran second in listed company at the track as a juvenile and is now back to his last winning mark, achieved at Chepstow last July. Ben Curtis takes the ride and I am hopeful he can hit the frame (first five) at a double figure price.

VENTUROUS finished behind Count D’Orsay and Copper Knight at Chester but was drawn out in stall ten and ran on well to finish on the heels of the placed horses and the more conventional track will suit him better. He is rated 8lb inferior on turf than on the all-weather but he has some good form on the green stuff, has ran well on two of his three visits to the track and can build on the promise shown seven days ago. 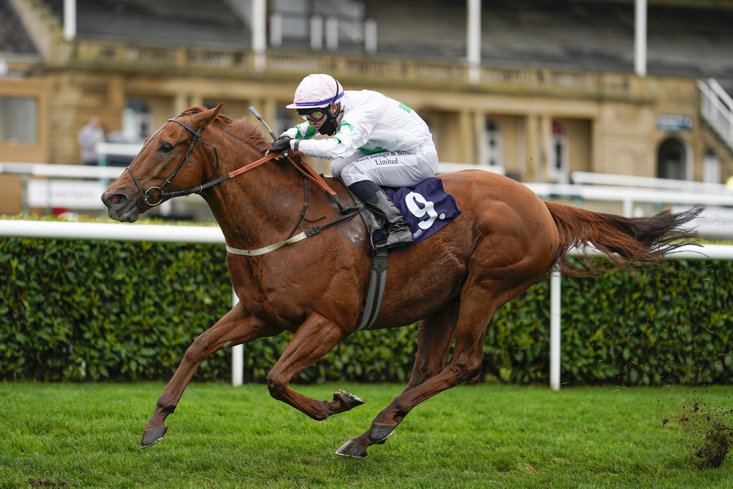 Autumn Flight has been in great form this spring and is feared under Hollie Doyle while Jawwaal and recent Pontefract winner Mondammej will also have their supporters for local trainers who have farmed this prize in recent years.

A small but select field of six fillies will line up for the Group 2 Middleton Stakes.

QUEEN POWER has become rather frustrating to follow as a very talented mare who keeps finding one too good. She looked to have the race won at Newmarket last time only to be denied right on the line by Lockinge bound Lady Bowthorpe on Guineas weekend.

She finished second in the same race last season prior to a third placing at Royal Ascot and has bumped heads with some of the best fillies around. I am giving her one last chance to come good with the long straight expected to suit.

Her main rival on ratings looks to be Passion who is actually rated 4lb superior after fair efforts in Group 1 company on her final three starts, culminating in a third place finish on Champions Day at Ascot. She was also third in the Irish Oaks and represents the Aidan O'Brien/Ryan Moore combo fresh from their four-timer at Leopardstown on Sunday but she is making her seasonal return and the yards horses have appeared to have benefited from a run.

Silence Please is another Irish-trained contender from Jessica Harrington’s yard. Her form isn’t as strong but has had fewer chances, the highlight of which was fourth in the German Oaks last season, while Cabaletta hasn’t quite justified her lofty rating since landing a Newbury Listed contest last July but is lightly enough raced to still be on the improve.

A very competitive mile handicap and the draw can be significant here with a left hand bend coming up quite quickly after the start with a low number stall usually proving beneficial, although three of the last seven winners have come from stall sixteen and a smaller field than usual of just fifteen line-up.

Matthew Flinders has been awarded the widest stall of all which is no major obstacle for this hold up horse who has course form, has run well in some of decent handicaps since last summer and could still have some play in his mark of 99. William Buick will need to get his tactics spot on with Ed Walker’s hope and he is one of many cliff horses in this contest who have carried my cash on many unsuccessful occasions.

Amongst them you can include Kynren (runs well without winning in lots of big handicaps and caught the eye at Chester last week), King Ottokar (another regular in top mile handicaps who ran a cracker in the Balmoral last season and ground went against him in the Lincoln), and Firmament (York form figures of 123321426108, form of latest Haydock effort working out from those ahead of him and back to his last winning mark).

Artistic Rifles won the Spring Mile and is on a hat-trick after an easy success at Ripon but the handicapper has had his say with an 8lb rise and the choice is BRUNCH for Michael Dods. He is a lightly raced four-year-old who is two from two at York and ran a cracker to be second in the Lincoln last time. 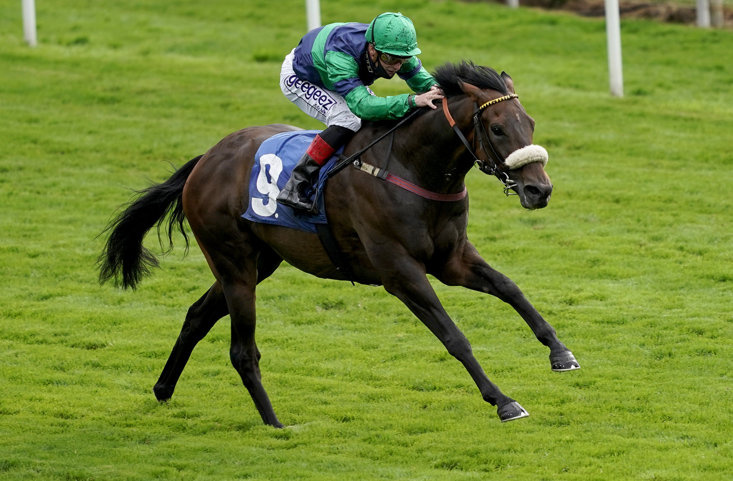 He handles all types of ground, is handily drawn in six and should still have more to come.

The Dante Stakes sees the much-anticipated return, finally, of Aidan O’Brien’s High Definition. He had been talked of as Coolmore’s number one Derby hope over the winter before a setback meant a race against time to get a prep run into him and the emergence of Bolshoi Ballet has shuffled him to second favourite for the Epsom Classic.

He missed his intended target at Lingfield due to an abnormal blood analysis and with the yard’s runners requiring a run and the recent negatives surrounding him, there is enough to let him run at cramped odds, even if his juvenile form marked him down as a potential superstar.

Instead, I am siding with Group 1 winner GEAR UP. He had Bolshoi Ballet behind when winning over ten furlongs at Saint Cloud in top company last October and won his first two starts here at York as a 2yo including the Acomb Stakes at the Ebor meeting.

His only defeat was in the Group 2 Royal Lodge at Newmarket when he kept on over the mile out of the dip and although he probably needs further now, he is sure to run his race and can give Mark Johnston a third Dante in the last five years.

Royal Champion finished ahead of Chester Vase winner Youth Spirit when favourite at Newmarket and should be capable of better while Hurricane Lane won nicely at Newbury and the form looks solid enough with the runner-up Maximal filling the same spot in the Dee Stakes and the fourth home River Alwen winning a handicap since.

Alenquer was a 25/1 winner of the Sandown Classic Trial ahead of Lingfield Derby Trial runner-up Adayar and he is respected for William Haggas and Tom Marquand, while John Gosden, who has won half the last six Dante Stakes, saddles Uncle Bryn under Frankie Dettori who was third at Epsom, form which has been let down subsequently.

An absolute burn up is in store in the Westow Stakes over the flying five furlongs.

ACKLAM EXPRESS was a speedy 2yo last year for Nigel Tinkler which included a listed success over this track and trip, form which leaves Winter Power with three lengths to find and is 5lb worse off. 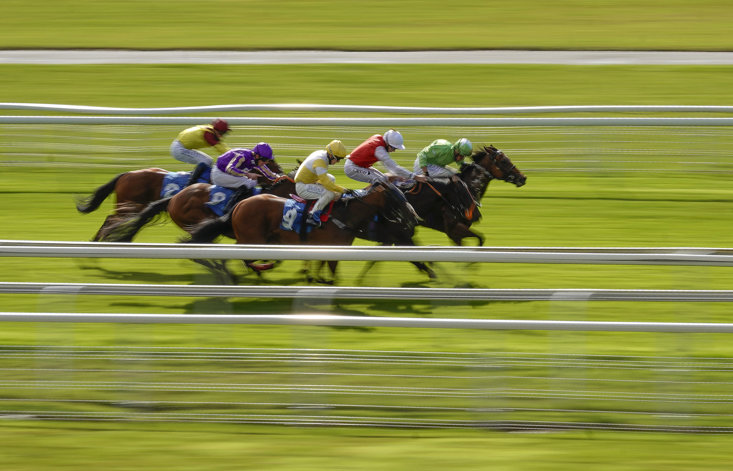 He never ran his race in the Cornwallis Stakes at Newmarket with Ryan Moore looking down like there was something amiss and a line can be put through that. He is better judged on his Meydan placed form which included a close third in the Al Quoz Sprint on World Cup night and that form sets a high standard.

Winter Power won that Cornwallis Stakes in impressive fashion and won three of his last four starts last season. His only poor performance came in the Flying Childers at Doncaster won by a stable companion of the selection. He is rated just 1lb behind Acklam Express as they meet each other for a third time and rates the main danger.

Dexter Belle gets a valuable 5lb fillies’ allowance and rocketed to victory on her 3yo debut at Pontefract five weeks ago. Trained by Kevin Ryan for local connections, she is worth watching in the market.

Atalis Bay finished ahead of both Burning Cash and Muker in a conditions race at Nottingham and has clearly progressed over the winter, more so than his victims then and is taken to confirm that form on 4lb better terms.