Horse Racing
News
Betfred's Matt Hulmes gives us his best tips on day two of one of the biggest festivals of the flat season
Matt Hulmes
17:55, 17 Aug 2022

Day two of the York Ebor festival and with no rain forecast, we should be on perfect good to firm ground as the ladies take centre stage on the Knavesmire with the Group 1 Yorkshire Oaks the feature race.

Dramatised will be the idea of many people’s banker in the Lowther for the juvenile fillies and rightly so after her win in the Queen Mary at Royal Ascot. She has been kept back for this target by Karl Burke, who won this race in 2019.

She is the one they have to beat but are being asked to take around Even money and the Queen Mary form has not exactly worked out. In fact, of the twenty runners behind her that day, they have mustered just three wins between them from twenty-two runs, and a pair of those were from Nunthorpe bound The Platinum Queen who wasn’t seen to best effect held up in that race.

She is short and it makes an appealing each-way betting contest. Mawj is the obvious one with her Albany second and Cherry Hinton win at the expense of Lezoo looking solid form, but like the favourite, she has a 3lb penalty for a Group 2 success and it is double figures bar this pair.

I recommend a couple of small each-way plays on an Irish raider and a supplemented runner.

MATILDA PICOTTE ran a fine second in a big field sales race in Ireland at the beginning of the month. She ‘won’ the race on her side of the track. The fourth has won since and the sixth home finished a close third in group company at Deauville on Sunday so in receipt of the 3lb from the market leaders, she hasn’t got much to find despite this being her fifth start.

LADY HOLLYWOOD has been supplemented by Alice Haynes at a cost of £20,000, a price she covered when winning in listed company at Naas four weeks ago. That win saw her land a hat-trick and on official ratings, she is weighted to finish ahead of Mawj and is just 4lb shy of the favourite.

I would also keep an eye on Queen Me, who just missed out on the staking plan. She gave away experience when making a winning debut at Haydock recently and her dam won this race in 2016 so is bred for the job. Kevin Ryan enjoys juvenile winners at York and at around 20/1, she could outrun her price. 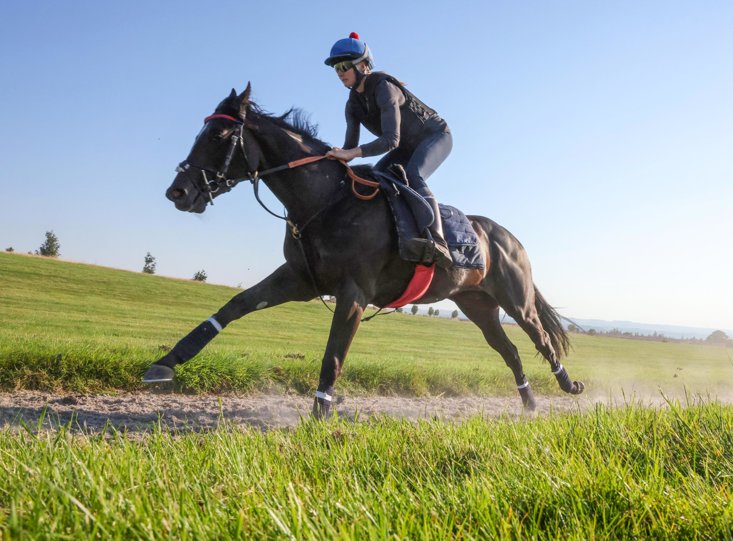 A wide-open renewal of the Clipper Logistics Handicap over a mile as expected, where a low draw isn’t as important as one would imagine despite the short run to the long sweeping turn with four winners of the last nine drawn 13 or wider.

The market has latched onto Blue For You for David O’Meara after a brace of runner-up efforts over track and trip and filling the same spot in the Golden Mile at Goodwood. That run gave the stable a 1-2 with Orbaan out in front and he has followed up at Ascot since in the Shergar Cup and despite a double penalty of 12lb, actually runs off his new correct mark.

Echo Point is a lightly raced 4yo who has filled second place on five of his six starts since a debut success and is up another 4lb for his latest near miss while Northern Express likes it at York but is yet to win over a mile.

OUZO was really well backed at Royal Ascot but never ran a race and ended up last over the straight seven furlongs. He has gone close the last twice back at a mile, third to Sinjaari at Sandown before a fair fourth in the Golden Mile at Goodwood where he is 11lb better off with Orbaan and 3lb better off with Blue For You. OUZO finished fifth in this race in 2020 when with Richard Hannon off the very same mark before winning here over the mile trip the following October.

ISLA KAI is another worthy of attention. He went off favourite for the similar Hambleton Handicap at the May meeting here but was very disappointing, with Rowan Scott reporting he never travelled. He was back to form here in a competitive Sunday Series contest last month when fourth over this trip and is now 2lb lower despite a fair run at Ascot in the Shergar Cup. He started his season off by finishing fourth in the Spring Cup at Newbury behind horses who are now 6lb and 3lb higher in the ratings yet ISLA KAI is down 3lb so is handicapped to go very close with conditions to suit.

The feature race is the Yorkshire Oaks with Alpinista on a seven timer and bidding for a fifth straight Group 1 contest, but a first in her homeland. Sir Mark Prescott’s 5yo has been plundering prizes in Germany and France and one of her victims was Torquator Tasso no less, last year’s Arc hero. She handles all types of ground and was second in this race as a 3yo to Love.

She must give a pair of Oaks winners 9lb though here and I’m siding with MAGICAL LAGOON. She has shown a fantastic attitude in winning the Ribblesdale Stakes at Royal Ascot and then following up to win the Irish Oaks last month. She held off Tuesday’s stablemate Toy there but wouldn’t be headed and that attitude will stand her in good stead. She has improved rapidly this year and on official ratings and in receipt of the weight for age allowance, is on a level par with the favourite with the potential of more improvement to come.

Tuesday landed the Epsom Oaks ahead of Emily Upjohn and looked like she was showing the signs of a busy campaign when beaten ten lengths in the Irish Derby, her fifth run in two months and a fourth successive classic. She has been freshened up with a two month break and is the one to beat on the figures, but it remains to be seen if she can recapture her best form.