Whisper it, but Mikel Arteta seems to have hit upon a formula that works for Arsenal. The Spaniard has certainly got the best out of his Gunners side in recent weeks, going unbeaten in nine games in all competitions. Their last reverse was a 5-0 hammering at the hands of Manchester City in August, having won seven games since, drawing twice.

The narrative was written about this Arsenal side on the opening day of the season. After finishing eighth last season, kicking off the new term with a 2-0 loss to just-promoted Brentford was far from ideal. A home loss to European champions Chelsea followed, before that City battering. Understandably, people were questioning the suitability of a manager who had overseen an unsatisfactory league finish the previous year, and started the new campaign so poorly. The discontent was worsened by the perception of Arsenal’s transfer business. In a summer where City made the headline-grabbing acquisition of Jack Grealish, while Manchester United added the box-office glamour of Cristiano Ronaldo, there was a perception the Gunners were being left behind.

Those willing to be patient with Arsenal’s more low-key business have seen that patience rewarded. Aaron Ramsdale’s signing drew scorn due to the fact he had suffered two consecutive relegations, not to mention the initial £24 million fee. He was nominated for October’s Premier League Player Of The Month award after a string of superb displays. Against Leicester City he pulled off a save from James Maddison that Peter Schmeichel called the “best save I’ve seen in years”. Arsenal are yet to lose a game with Ramsdale between the sticks, making a mockery of those who didn’t think the ex-Bournemouth stopper was up to the task.

Ramsdale is not the only summer transfer that has proved his doubters wrong at Arsenal. Ben White was mocked for his £50 million price tag, but he has been a calming influence at the heart of the defence. Takehiro Tomiyasu was a figure of fun when he signed from Bologna due to some ill-advised comments made by a journalist on Sky Sports News. He has invalidated this initial assessment by hitting the ground running. Martin Odegaard is yet to find the form he enjoyed last season on loan since joining permanently, but Nuno Tavares and Albert Sambi Lokonga have both looked like exciting additions. Arsenal did not layer their squad with big names this summer, but have recruited intelligently in positions they needed to improve. 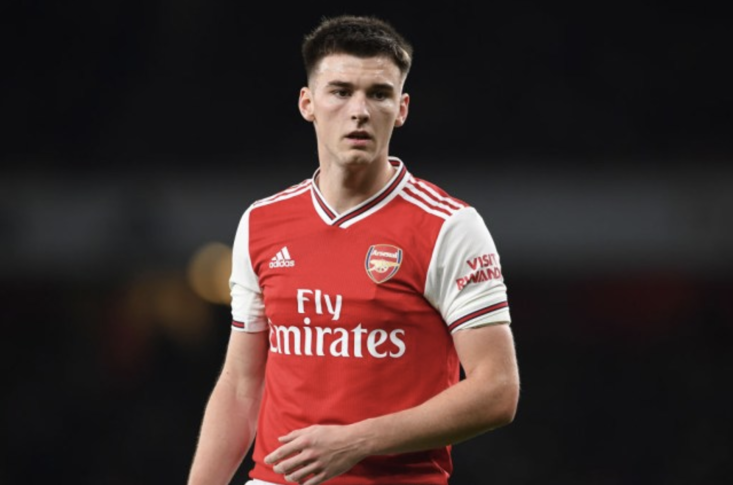 It’s not just the new arrivals that have helped Arsenal turn a corner. What was most noticeable in the Gunners’ 2-0 win over Leicester in their last game was the contribution of two veterans, Pierre-Emerick Aubameyang and Alexandre Lacazette. This strike partnership has been a magnet for criticism in the past, particularly Aubameyang. The Arsenal captain was derided for an apparent lack of effort last term, but his relentless pressing alongside Lacazette at the King Power Stadium was typical of his season. Aubameyang has seven goals in ten games this season, and his work leading the press has drawn acclaim for transforming the way the Gunners play.

It’s not just the veterans making an impact either. Young talents like Emile Smith Rowe and Bukayo Saka are enjoying breakout seasons. The fact that Smith Rowe’s omission from the England squad has caused an uproar says everything you need to know about the midfielder’s form. A vital creative presence, he’s keeping new signing Martin Odegaard out of the team. Saka has parked his disappointment over missing a penalty in the Euro 2020 final to continue his ascension out wide. With both players under 22 years of age, the future looks bright at Arsenal.

That is not something you have been able to say for a while. But Arteta appears to have hit upon an excellent balance. The former Manchester City has blended youth and experience into a potent system that is getting results. The recruitment has been good, with less emphasis on star signings to bail them out. Rather, Arsenal have brought in less glitzy names, instead opting for hard-workers who can fit the playing style. There has also been the boost of Thomas Partey returning to full fitness, after his first season was a stop-start affair due to a number of injuries.

Sterner tests lay ahead for Arsenal. They were well-beaten by the two truly elite teams they have faced, City and Chelsea in their second and third games of the season. But you can only beat what is in front of you, and Arteta has got his side doing just that on a regular basis. No disrespect to Watford, who they face on Sunday, but the true litmus test awaits on the other side of the international break. Arsenal’s visit to Anfield on 20th November will show us just how good this team really is.