Zinedine Zidane was the professor of my football schooling. The mystical midfielder that drew child-like wonder was so ethereal that he left a lasting effect on this particular youngster in England.

The fact that he never played in the Premier League only served to raise his level of mystique. Like the fine crockery your grandma got out at Christmas, Zizou was only saved for special occasions. Yet his mere presence made any occasion special. James Richardson’s Football Italia was my first introduction to the eighth wonder of the world, one I would never get to see in person.

The picture was far from HD, the television barely bigger than a piece of A4, yet still this midfielder did enough to catch the eye. His skill was unlike anything I’d seen on Match of the Day and in an era where Serie A truly was the best league in the world, it was like watching an alien from outer space play football.

I was used to John Salako and Noel Whelan. Zidane looked like he was playing a different sport to those names I saw at Highfield Road. If Football Italia was a peak behind the curtain, then the ‘98 World Cup in France whipped the fabric away, and the world basked in his greatness.

The two headed goals in the final, from a man who now had a tonsure like a Tibetan monk, were enough for France to win a World Cup for the very first time. That moment in Paris changed the landscape of French football forever. He was Les Bleus’ Napoleon.

That World Cup win was enough to crown him the best player in the world. I didn’t know what the Ballon d’Or was back then, and I was happier for it. I only needed eyes to realise who was the greatest.

A Euro 2000 win followed but the move to Real Madrid, took his aura to new heights still. These were the Galacticos, with Luis Figo, David Beckham, Ronaldo, Roberto Carlos and Raul. Yet Zidane was the best of the lot. Those Champions League nights on ITV became even more special. With Clive Tyldesley on commentary, Zidane scored one of the greatest Champions League final goals of all time.

As the ball came out of the Glaswegian sky that night, no other player on the pitch could have done what Zizou did. Perhaps no other player in Europe. That weak-footed volley rocked my tiny world. 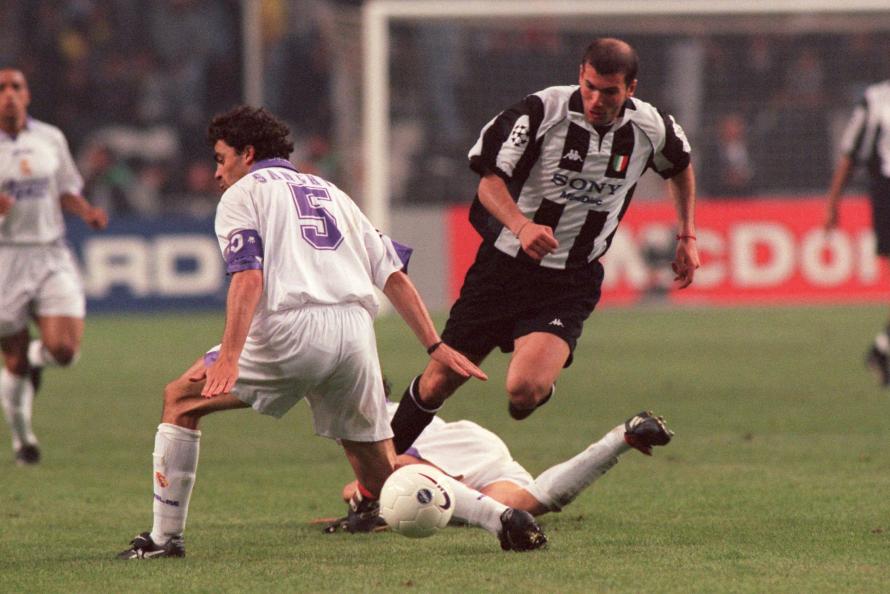 He broke my heart at Euro 2004 with that late brace against England yet there was still this underlying admiration for the man who was so loveable. Every touch was a masterpiece, but by 2006 I was able to completely digest his brilliance.

His quarter-final display against Brazil is still one of the finest individual performances I have ever seen. Against Ronaldinho, Ronaldo and Kaka, he put in a display that few have matched in history. He took France to another World Cup final, scored a penalty in it and then did the most unforgettable thing in the history of the tournament.

Aristotle said “There is no great genius without a touch of madness” and on that day, in his last ever game, Zidane proved it. For some reason, that headbutt made me love him even more. It was the craziest way to end a football career on the biggest stage of all. But it was so Zidane.

Many thought he wouldn’t be able to replicate his genius on the pitch in the dugout, but three consecutive Champions League titles and two La Liga wins with Real Madrid silenced those critics. Everything he touches turns to gold. At 50, Zinedine Zidane is still the bald genius who rocked my footballing world.