Zlatan Ibrahimović is one of the greatest goalscorers football has ever seen and he has now joined the 400 career goals club. As he drilled in a free-kick for AC Milan against Roma on Sunday, he proved once again that age is just a number as he is still going strong at the highest level at the age of 40.

Over the course of his 22-year career to date he has had eight different clubs and been a prolific goalscorer wherever he has been. Here are how his goals have benefitted each club…

The towering Swede started his career with his boyhood club, with his first taste of professional life coming in 1999 as Malmo slid to relegation. Zlatan went on to score 14 goals in 29 games as he helped the club return to the top flight, scoring a total of 16 league goals in 40 appearances in his parts of three seasons.

An €8.7million move to Ajax led him to his first taste of silverware as the Dutch giants won the Eredivisie title and the KNVB Cup. In 74 Eredivisie appearances for de Godenzonen, Ibrahimović scored 35 goals including perhaps the greatest of his career against NAC Breda.

Next up for the wandering Swede was Juventus, whith whom he spent two years. He won a couple of Serie A titles before the pair of them were revoked in the Calciopoli scandal as the Old Lady was demoted to Serie B.

After Juve’s demotion, Zlatan headed to San Siro for a three-year stint with Inter, winning three further Scudetti as he began to truly dominate the league with both his talent and his demeanour. The final season with Inter also saw him link up with Jose Mourinho for the first time. 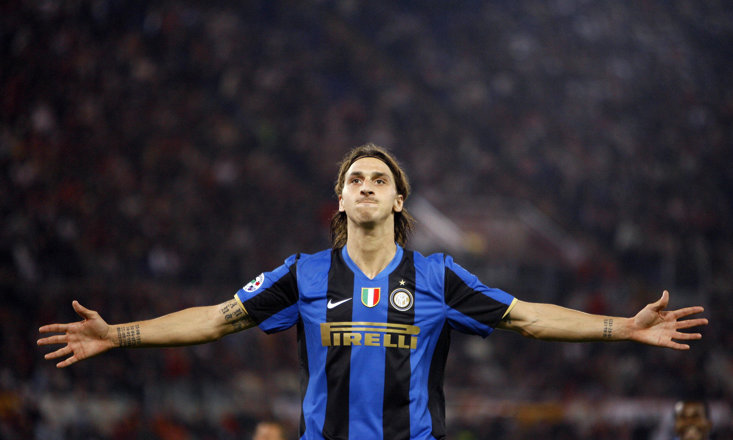 After a 29-goal haul for Inter in 2008-09, Spanish giants Barcelona came knocking and brought the Sweden international to Catalunya in a €75 million deal which saw Samuel Eto’o head to San Siro. While Ibrahimović bagged 16 goals in 29 games in Barca’s La Liga-winning campaign, he and manager Pep Guardiola had a falling out which two Supercopas de Espana, a Club World Cup and a Super Cup couldn’t fix.

After Barca agreed to loan Ibra out, Ibra crossed the Milan divide. With the Rossoneri he continued to show his goalscoring prowess with 21 goals in 41 games as he claimed his fourth Serie A title. He joined the club permanently in 2011, netting an impressive 35 goals in 44 appearances in all competitions that year.

After seeing his run of eight straight league titles ended at Milan, Ibrahimović joined the growing PSG project and won four consecutive Ligue 1 titles, three Coupes de la Ligue, three Trophées des Champions and two Coupes de France. He made the Ligue 1 Team of the Year in all four of his campaigns at Parc des Princes and was Ligue 1 top scorer in 2012-13, 2013-14 and 2015-16. 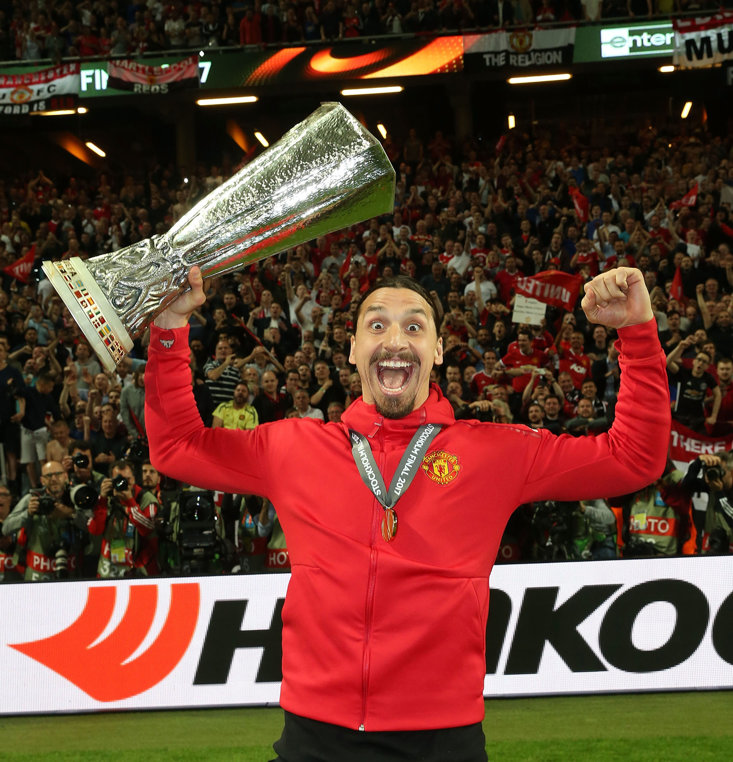 In 2016, he finally made his Premier League bow and was an instant hit with the Red Devils. In an impressive first season at Old Trafford, he scored 17 Premier League goals in 33 games, winning a Community Shield, an EFL Cup (in which he scored a brace against Southampton in the final) and a Europa League title. Sadly, a knee injury in the Europa semi-final compromised his second season at the club.

It was time for the Swedish icon to take on another continent as LA Galaxy in MLS was his next destination. The Americans were treated to some more of his brilliance, even in his later years, as he left the club with an impressive 53 goals in 58 matches.

And here we are, back in Italy with AC Milan. Showing time and again that you cannot write him off because of his age, he continues to perform at the highest level. In his second spell with the Rossoneri he has added 28 league goals to reach his 400.

There is some talk that Milan will now hand him a contract for 2022-23, taking him just shy of his 42nd birthday. With these stats, who can blame them?