We all know how the Six Nations works these days. Five weekends of three games each, the winners get the Championship Trophy and the losers… well, the losers are Italy.

But it hasn’t been quite so linear over the years since Wales and England played the first Home Nations Championship match in Swansea on December 16th 1882, with a number of unpredictable twists and turns along the way.

So with Wales and Italy set to get the 2020 edition underway on Saturday, The Sportsman runs through 10 facts you (probably!) never knew about the Six Nations.

While the Six Nations trophy - insured for a whopping cost of £55,000 - may have appeared as shiny and pristine as ever during the 2014 Six Nations, the tournament’s organisers had discovered an issue with the prestigious piece of silverware. Champagne-induced erosion from tournament winners of years gone by forced the organisers to commission 22-carat gold coating on the inside of a new trophy for 2015, which replaced the one that had represented the Five Nations since 1993.

In fact, the designers went a step further in applying a lip to the lid of the trophy to discourage drinking from it. Not that it will have stopped any England, Ireland or Wales players over the last five years, of course.

Tremendously, the 1973 tournament produced a bizarre five-way tie. Before the rules were changed in 1994, teams who finished atop the table on equal points shared the Five Nations title. But in ‘73 all five sides won two games and lost two, resulting in a curious situation which saw everyone enjoying a share of the winning celebrations, however watered down they were.

The tournament organisers have since decided a tie on points should be decided by points difference, and they went a step further by adding a bonus-point system ahead of the 2017 tournament which increasing the reward for a win from two points to four.

The Giuseppe Garibaldi Trophy, contested between Italy and France each year since 2007, was designed by former French flanker-turned-professional-sculptor Jean-Pierre Rives. While still playing the game in which he was capped 59 times by his country, Rives began to dabble in the more artistic side of life.

“Sculpture is just invention and energy, and rugby is energy too, and invention sometimes.” - Jean-Pierre Rives

He wasn’t bad at it either, with some of his work beginning exhibited as part of a rare showcase at Paris’ Jardin du Luxembourg. Not content with sculpture alone, the former backrower has dabbled in acting, featuring in three films and three television series in France. Chapeau! 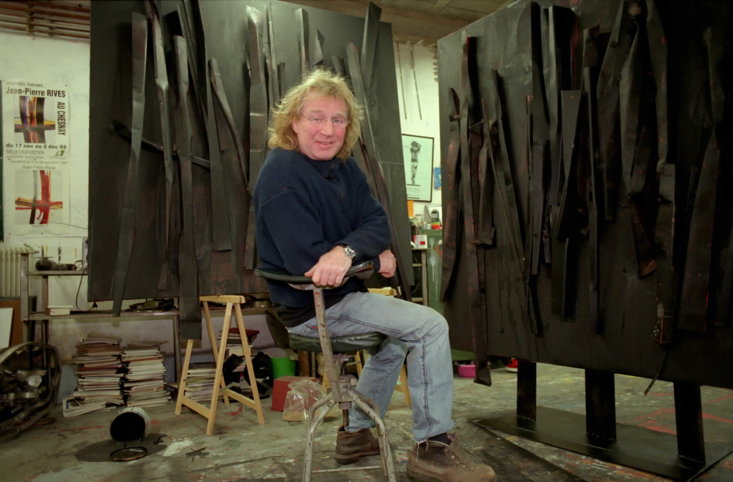 The Calcutta Cup, that hotly contested trophy English and Scottish players have secreted blood, sweat and tears to claim since 1879, is made of 50,000 Indian rupees. Melted down and presented to the RFU by the Calcutta Football Club in 1878 before the club disbanded due to the closure of the club’s free bar (some things never change), the trophy is a throwback to rugby’s early foray into India.

In 1977, France won the Grand Slam without conceding a single try, matching a feat only England had previously managed - and that back in 1913. Strangely though, the only team to keep a clean sheet in ‘77 was England, in a 4-0 win over Ireland at Lansdowne Road, with Les Bleus conceding a total of 21 points in penalty kicks.

To make France’s achievement even more impressive, Les Bleus claimed this Grand Slam with the same 15 players starting every match that campaign, a record which is yet to be equalled.

Ireland’s Brian O’Driscoll holds the record for the most tries scored in Six Nations rugby, crossing 26 times in his 15-year international career. Ian Smith sits in second in the charts after scoring 24 tries for Scotland in the 1920s and ‘30s.

Wales’ George North goes into the 2020 tournament as the highest active try scorer having already gone over 19 times in his Six Nations career. 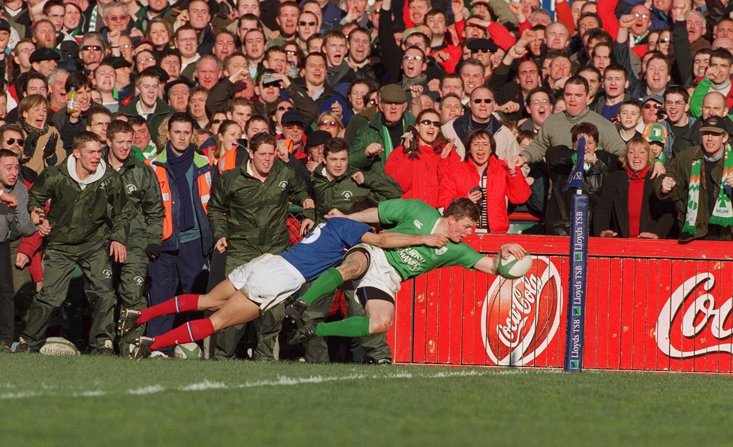 Since the tournament’s conception in its current guise in 2000 when Italy were welcomed into the Five Nations fold, Ireland and England are the only sides to have never been handed a Wooden Spoon – the metaphorical prize for finishing sixth out of six.

Wales claimed the 2003 edition of this most abhorred award, while France were forced to accept the accolade in 2013. Scotland have claimed four while Italy top (or bottom?) the table with 14 of 20 spoons. You have to go back to 1998 to find Ireland’s last Wooden Spoon award, while England most recently finished bottom of the pile in 1987.

England fly-half Johnny Wilkinson holds the record for most points scored in a Six Nations match, scoring 35 points in England’s 80-25 drubbing of the Italians in 2001. His individual tally in that match would have been enough by itself to win 147 of the 150 Six Nations games played since the tournament expanded in 2000.

Wilkinson also claims the highest tally for points in a single season, securing 89 in that 2001 campaign. The World Cup-winning standoff is beaten, however, by Ireland’s Ronan O’Gara for most points in a Six Nations career, with 557 to Wilkinson’s 546.

Since the inception of the Player of the Tournament award in 2004, Ireland internationals have claimed the title seven times! The next-best-represented country is Wales, with five, while England have claimed just one (Mike Brown in 2014) and France have never had a winner.

Brian O’Driscoll - that man again - is the only player to have been awarded three titles, in 2006, 2007 and 2009. However, with two in the bag at the age of 27, there is time for Scotland fullback and captain Stuart Hogg to blow past BOD.

The Grand Slam dates back as far as 1908, when Wales secured the inaugural bragging rights. They are also the last side to have laid claim to the most envied award, sweeping the board in 2019.

However, England have won the most Grand Slams with 12, Wales are second with 10 and France third with nine. Italy are the only nation yet to join the historic list, with Ireland claiming three since 1948 and Scotland earning their solo Slam award at the 1984 Five Nations Championship.