It is the 39th minute at Pride Park in front of a roaring 33,000 strong crowd, the majority of whom are still adjusting to life in the Premier League for the first time in half a decade. It’s the last fixture of Gameweek Six into the new season, on Monday night, September 17, 2007.

The visitors to the ground are undefeated so far this campaign, procuring two wins, two draws, but the home side are still yearning for those first three points and that ecstasy after four successive defeats since an opening day stalemate, including a 6-0 demolition at Liverpool.

Kenny Miller, who’d arrived from Celtic just two weeks earlier for £2.2m, does not hesitate. With stinger-missile-like precision and a trajectory mathematicians would enjoy analysing, Miller’s dipping drive leaves Newcastle goalkeeper Steve Harper helpless - he doesn’t even dive, as the ball nestles into the roof of the net, and 30,000 Rams rejoice. 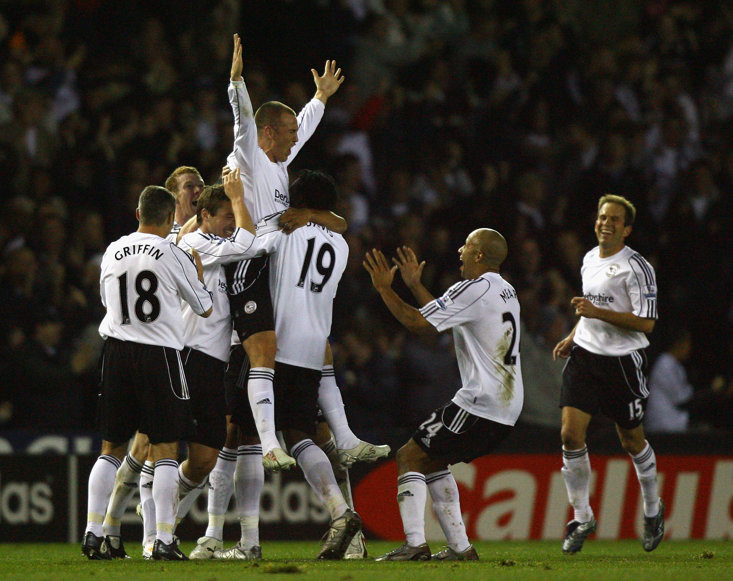 On that September eve, after a slow, spluttering start to the season, thanks to that Kenny Miller goal, Derby got their first win of the season and moved off the bottom of the Premier League. It was even enough for Rams manager Billy Davies to confidently declare in the glow of the win, "We're up and running. We have a lot of hard work ahead, but hopefully we can kick on.”

But this is Derby County 07/08. They didn’t kick on. Because this is the season that has become a byword for disaster, a euphemism that extends beyond the parameters of football.

The victory over Newcastle was to become the only true moment of euphoria the club, the team, its supporters, and brace of gaffers experienced that season. Way, way, way, way, before the season is over, Derby County will have already been crowned the worst Premier League team of all time.

Two months after the win over Newcastle, Billy Davies was sacked. His successor Paul Jewell frantically tried to assemble a semblance of squad in the January transfer window to keep already faint hopes of remaining a Premier League side alive. 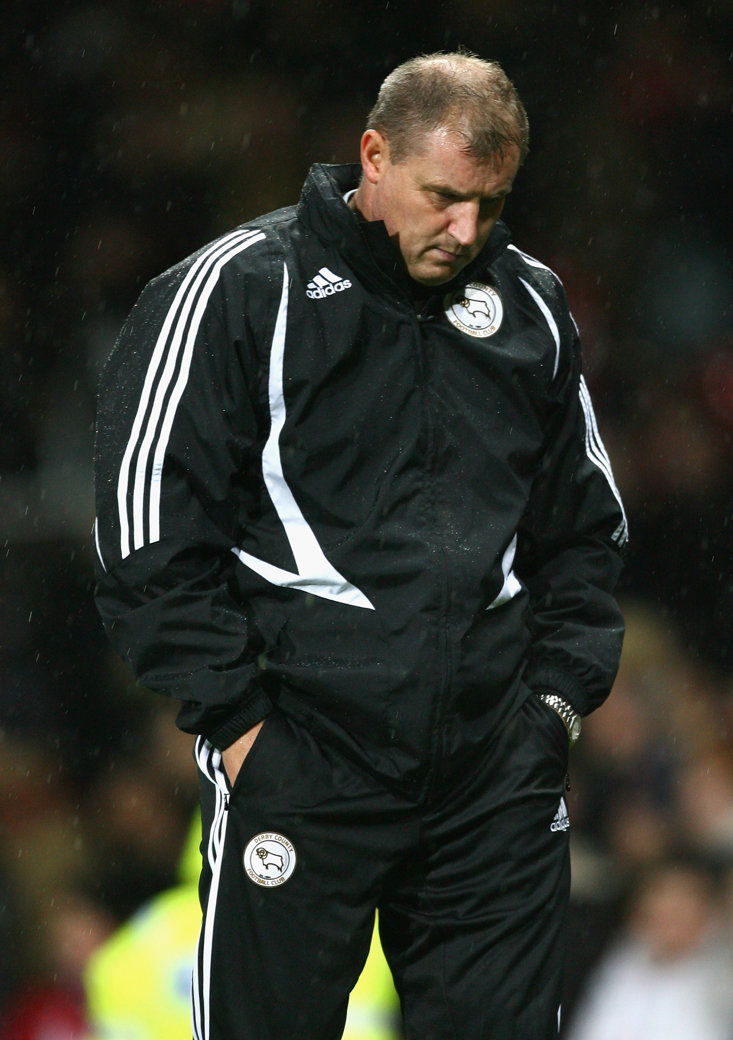 It wasn’t enough. Not by a long shot.

Derby would go on to chalk up more criminal records than a kleptomaniac, with the solitary Newcastle victory headlining a crap CV as they slumped back down to the Championship: fewest wins, most defeats (29), fewest goals scored (20), most goals conceded in a 38-game season (89), longest run without victory (32 matches), earliest relegation…. Jewell could be seen to fare slightly better than his predecessor, with five draws, but could do nothing to claim a win to his name. 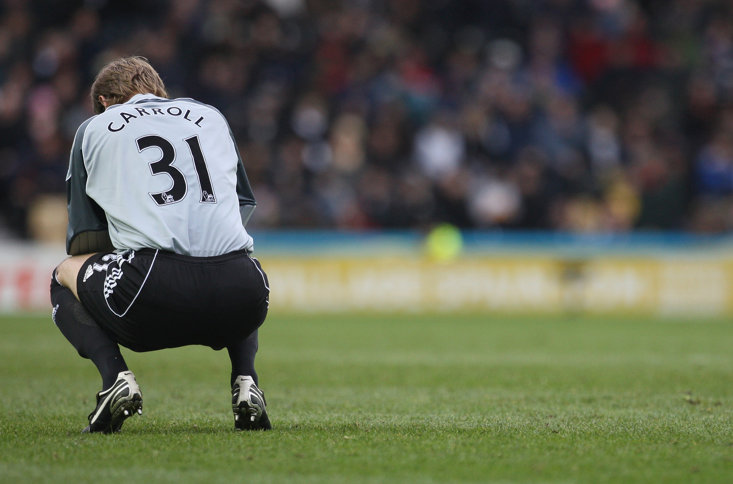 On 29 March 2008, Derby County drew 2–2 with Fulham, whilst Birmingham City, who were 17th in the table at the time, beat Manchester City 3–1. It made Derby the first team in Premier League history to be relegated in March. Yes, March!

If optimists thought that fate finally sealed would allow the term to play without pressure and put a bit of spring into their soccer, they were sorely wrong. Derby would not take a single point in their last six games, to end the most miserable of miserable seasons with an all-time top flight record low points tally of just 11, a low that for all the subsequent heartbreaks has never been equalled.

Derby County squibbed their way to the season’s conclusion, not letting old habits die hard, with a 4-0 loss at home to 18th-placed Reading, though admirably in front of a marginally bigger crowd than that which had attended their only win of the year.

Twelve years on, Derby County still haven’t returned to the top tier. But with former Barcelona legend Phillip Cocu as manager and Wayne Rooney as player-coach, the club is finally coming good on its intention to “kick on”...