It has been 20 years since rugby union’s Five Nations became Six. In that time England and Ireland have enjoyed greatly contrasting success and Wales have benefitted from the hugely successful Warren Gatland era, while Scotland and Italy have traded Wooden Spoons in almost routine fashion.

With two decades and five Rugby World Cups having been and gone since the inception of the Six Nations Championship there are positives and negatives to have come from the decision to add Italy to the existing ranks.

There are those too young to remember, and even some who may have allowed the amber liquid to fog their memories, but the end of the Five Nations and the birth of its six-headed successor came after years of strong Italian sides putting Five Nations giants to the sword, not only in out-of-season friendlies but during the tournament itself.

Technically, Italy played their first Six Nations game in 1998. The Italians offered Wales the opportunity to kick off their tournament in what was due to be an off-week at the beginning of February, given the Welsh a work-out while France, Ireland, England and Scotland were officially kicking off the year’s tournament.

Italy narrowly lost 23-20 in Llanelli that day, simultaneously providing Wales with just the sort of stern opposition they sought to prepare them for their campaign and adding yet further decibels to the calls for the tournament’s expansion.

Guinness Six Nations
@SixNationsRugby
We're less than a month from the 2020 Championship.
Who will be the first winner of the decade?
#GuinnessSixNations
176
722

The meeting with Wales came off the back of a 1997 campaign which would go down as one of the Azzurri’s greatest periods on record. Victories came against Ireland home and away and against France in Grenoble, while Scotland’s turn to fall in Treviso came early in 1998. With Italy playing - and winning - games against top-level opposition both before and during the final years of the Five Nations, the powers that be could ignore their bid no longer.

When the Italians were officially welcomed into the fold in 2000 they held up their end of the deal, claiming the reigning Five Nations champions, Scotland, as their first victims in the shiny new competition’s opening fixture. Having entered the weekend as 250-1 underdogs, the Italians had quickly made their mark.

Unfortunately, Italy’s eventual addition to rugby’s biggest annual event coincided with the loss of some of their best players. Just as soon as recognition was granted, the results turned sour.

They would go on to peak in 2007, claiming their first-ever consecutive victories in a campaign sparked public interest like never before. While the papers hailed them as “the model of fair play”, fans 10,000+ in their numbers greeted the team at the Piazza del Popolo upon their return to Rome.

But since that time Italy have won just seven games and haven’t tasted Six Nations victory for five years, suffering 22 consecutive defeats since beating Scotland to avoid the 2015 Wooden Spoon. A career-high finish of fourth in the table and a record-winning streak of two games is a wrap sheet even Leonardo da Vinci could not paint in a positive light.

Former England coach Sir Clive Woodward told the Daily Mail in 2017 that Italy’s addition had come to give the tournament a sour taste, with mediocrity too easily embraced.

“The organisers have let Italy and the competition down badly by not introducing relegation play-offs long ago,” the 2003 World Cup winner said.

“As fully paid-up members of the cosy Six Nations club, Italian rugby has become soft and complacent, the hunger and ambition that drove them on for years has vanished. Tough love is what Italy need now.” 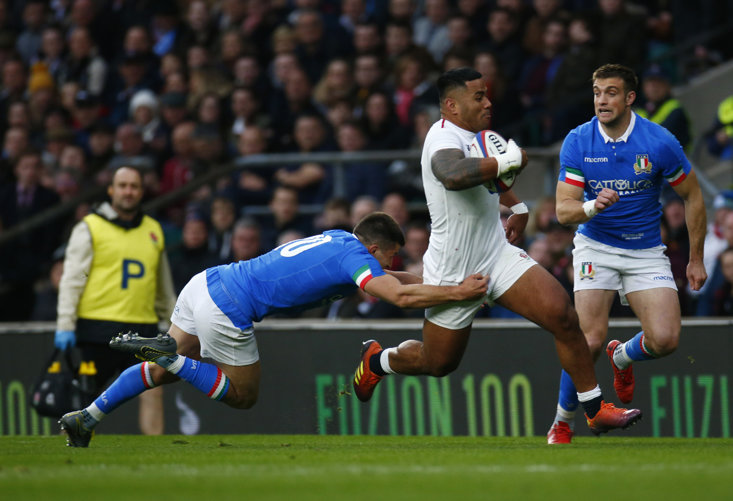 But while 20 years could be looked upon as five entire World Cup cycles, from a grassroots perspective the current concept remains in its infancy.

Rugby’s adolescence as a professional sport is often remarked upon by those holding offices of influence, a full-time vocation little more than 25 years in the making – over a century younger than its older sibling, football.

With Italy crossing the threshold of their third decade of Six Nations existence, it is perhaps the period in which we can most accurately judge their Six Nations status and the success of the tournament as a whole. Scotland, too, have struggled to make an impression in the last 20 years, making the Six Nations something of a two-tier competition for the most part.

England, Ireland and Wales are again the favoured trio to fight for the title this year, underlining the lack of a deeper challenge that has become evident since the Six Nations began.

A competition which has so far had only four winners in 20 editions - and just three in the last nine - faces a moment of reckoning in the not-too distant future.