It was a time of relative success and front-page scandals. The FA’s decision to appoint England’s first foreign head coach in 2001 was to pave the way for one of the most memorable spells the national team has ever known.

When Sven-Göran Eriksson arrived, he arrived early. He had been confirmed as the new boss in November 2000 but was only meant to take the reins the following summer after his contract with Lazio came to an end. But when, on 9 January 2001, his immediate departure from the Serie A champions was announced, the FA moved quickly to get Sven straight on to the job three days later.

While Eriksson wasn’t necessarily the FA’s first choice - Arsenal’s Arsène Wenger was an early favourite and Roy Hodgson turned down the job having already committed to FC Copenhagen - the Swede would last in the role for an action-packed five-and-a-half years.

In that time England made it to three successive quarter-finals at major international tournaments, and lost only three competitive matches under the coach. Moreover, his points-per-game ratio places him as the best manager the nation has ever had. However, his time still stirs England fans into two very divided camps, and the response of some of the media from day one was extremely hostile - read borderline xenophobic.

“We've sold our birth-right down the fjord to a nation of seven million skiers and hammer throwers who spend half their life in the dark,” screamed the usually tolerant Daily Mail. “What a climbdown. What a humiliation. What a terrible, pathetic, self-inflicted indictment,” fumed The Sun of the FA’s decision. 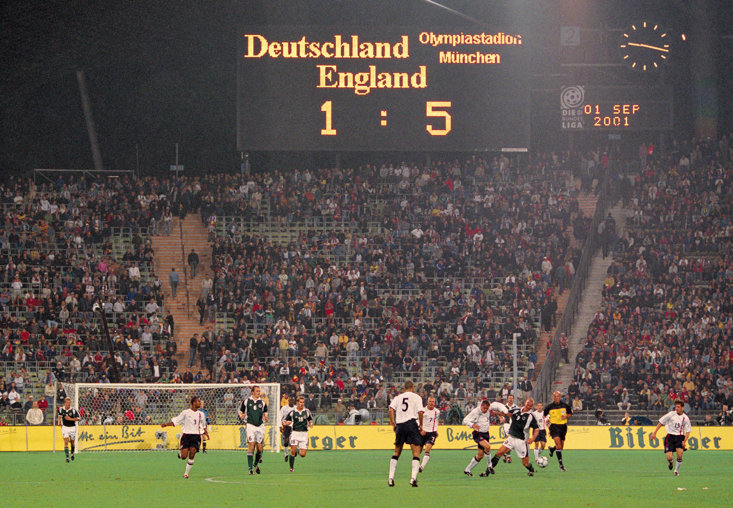 Ultimately, Eriksson did little to dissuade the critics, despite his respectable longevity in the gig. His reported yearly wage increase despite any of that elusive silverware did little to quell the animosity of those who claim he squandered a most luxurious talent pool of players. Over the length of his term with England, the coach is believed to have earned more than £24m. In comparison, the man who would send him and the Three Lions packing from three successive major tournaments, Luiz Felipe Scolari, earned just £100,000 per year with Portugal.

Eriksson’s crowning moment came in the first 12 months of his reign, with the infamous 5-1 demolition of Germany in Munich in September 2001 being perhaps England’s greatest success since 1966. It was also a result that led to Sven receiving the BBC Sports Personality of the Year Coach Award.

In the Far East in the summer of 2002 the World Cup started with England defeating Argentina in the tournament’s ‘Group of Death’ before seeing off Denmark in the round of 16. However, facing Scolari’s eventual champions Brazil in Shizuoka, England turned in a limp display remembered most for Ronaldinho lobbing a winner over David Seaman from range. Today little is mentioned of Eriksson’s failure to take advantage of the opposition’s reduction to 10 men after Ronaldinho’s red card. Slick Sven remained relatively intact.

Away from the pitch, a prolific personal life became tabloid millet. There was the notorious fling with the Gladiators presenter and fellow Swede Ulrika Johnson, which Sven quite admirably took in his stride and accepted the fallout. But his affair with FA secretary Faria Allam was harder to repair, particularly after he lied about the entanglement. Fortunately for him, the spotlight shifted when it was revealed that the new chief executive, Mark Palios, had also had a relationship with Allam, and Palios and the secretary were removed from their positions. Slick Sven survived again.

Eriksson also tried to cheat on his paymaster, flirting with Manchester United after Sir Alex Ferguson’s initial retirement announcement, as well as the Roman Abramovich-rich Chelsea, with whom he was even caught meeting. Nevertheless, he steered England to Euro 2004 before coming up against Scolari again and headed out on penalties - not for the last time - to Portugal in the quarter-finals. 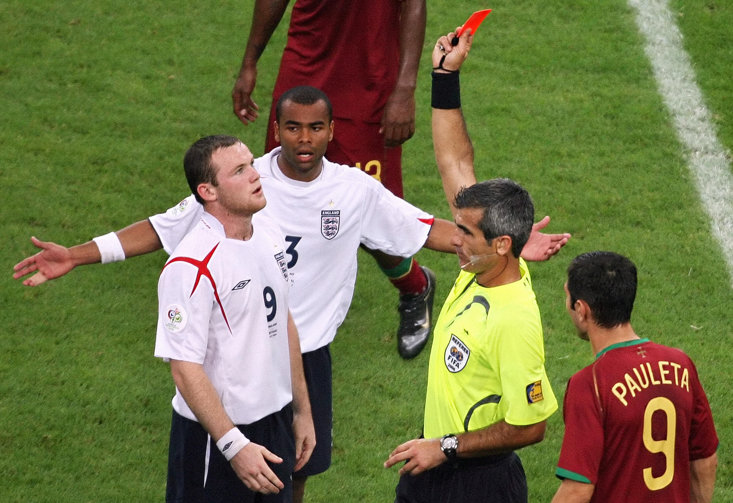 In the run-up to the 2006 World Cup, he was entrapped by the ‘Fake Sheikh’ Mazher Mahmood, who posed as a prospective bidder for Aston Villa and duped Eriksson into agreeing to leave his job to take on Villa if he were to win the World Cup. It made his long-term stay with the national side untenable, and it was announced that the tournament in Germany would be his last as England boss.

That summer, with a squad including Steven Gerrard, David Beckham, Rio Ferdinand, John Terry, Wayne Rooney and Michael Owen, England again lost to Scolari’s Portugal on penalties. Despite contention over Rooney's match-defining red card. it was still considered a massive underachievement for them to again be beaten from the spot in the last eight.

But how has history treated England’s first foreign manager? Well, perhaps most telling is Eriksson’s lack of, or own urgency for, redemption. His subsequent resume sounds like the itinerary of a wandering gap-year student, who has returned to spells on the Aldi checkout. Short-term relationships with Mexico, Ivory Coast, a trio of teams in China, and the Philippines have been punctuated with one-night stands back in England with Manchester City, Leicester City and - most bizarrely - Notts County. 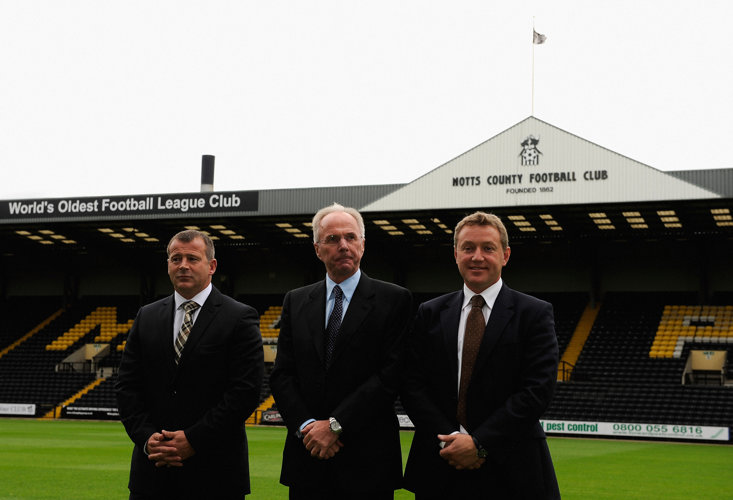 In contrast to several of those who followed in his wake, there was never any real anxiety over England getting to a major tournament under Sven. The Swede won 19, drew four and lost just one - to Northern Ireland - of his 24 qualifiers with the Three Lions.

Since his departure from the England set-up, they’ve failed to reach a Euros, been kicked out at the first knockout stage twice (once by a country with a population of just over 300,000), and once couldn’t even get out of their group. Only twice have they reached at least the quarter-final stage in the 15 years - and six possible competitions - since Sven’s departure. Oh, for those days when the last eight was a virtual guarantee, eh?

The era of Eriksson might not have been spectacular - at least not on the field - but at least it was assured.