Who has ever heard of an FA Cup final in November before? It really has been a year of firsts, has 2020, and the latest novelty of the sporting calendar sees the 2019-20 Women’s FA Cup finally making it to its Wembley showpiece almost six months later than planned.

The delay has caused untold havoc when it comes to transfers and schedules, and – you won’t be surprised to hear – there will be no fans in the national stadium on Sunday when Manchester City look to defend their trophy against Everton.

But this year’s final is the 50th in Women’s FA Cup history, so to commemorate the occasion, here are a few facts on the great old competition as well as a number of curiosities which will be at play when the teams finally make it onto the hallowed turf on Sunday.

Since the competition had only got as far as the fifth round proper before Covid-19 caused a halt to all sports activities in March, the resumption was always going to create a few headaches. Thankfully, the remaining eight teams were able to slot extra fixtures into the early part of their 2020-21 schedule in order to get us as far as Sunday’s final.

However, the qualifying stages of this season’s Women’s FA Cup have been going ahead at the same time, meaning that Sunday’s 2019-20 final takes place after 273 games of the 2020-21 competition have already been played, with four rounds completed so far. What’s more, another 24 matches are scheduled to take place on Sunday – Cup final day, no less – in the third and final qualifying round.

‘World best’ Lucy Bronze is back for City 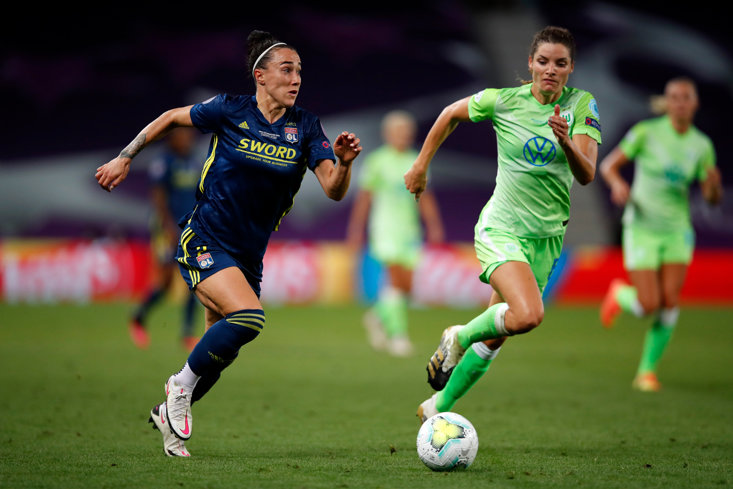 City have been given a huge boost thanks to the protracted nature of the FA Cup campaign, and that is the availability of Lucy Bronze, widely considered to be one of the best female players on the planet. “Lucy Bronze is the best player in the world, without a shadow of a doubt, with her athleticism and quality,” her England boss Phil Neville said in 2019. “There’s no player like her in the world.”

The dynamic right-back wouldn’t have been able to play in a May final since she was busy winning a third Champions League title in three years with Lyon, but her return to City in September gives her the chance to win the FA Cup for a second time.

City have other great new additions too, with US World Cup winners Sam Mewis and Rose Lavelle having arrived in August, and England left-back Alex Greenwood having followed Bronze to the Etihad Campus from Lyon too.

Two players will be winners no matter what

Remember the good old cup-tied ruling, which states that no player can play for multiple clubs in the same FA Cup campaign? Well there’s nothing like that this year, and City’s busy summer transfer activity means that new signings Chloe Kelly and Esme Morgan come up against the Everton side they helped to get this far.

Kelly left the Toffees for City in the summer, while Morgan returned to the Sky Blues after a season on loan on Merseyside. And despite having both spent the first half of the FA Cup campaign with Everton, they now get the opportunity to shatter their former teammates’ dreams.

“It’s really strange playing for Everton in the first two games and then the last three at Man City,” Kelly told the BBC. “It’s something I’ll probably never experience again.” Will anyone?! 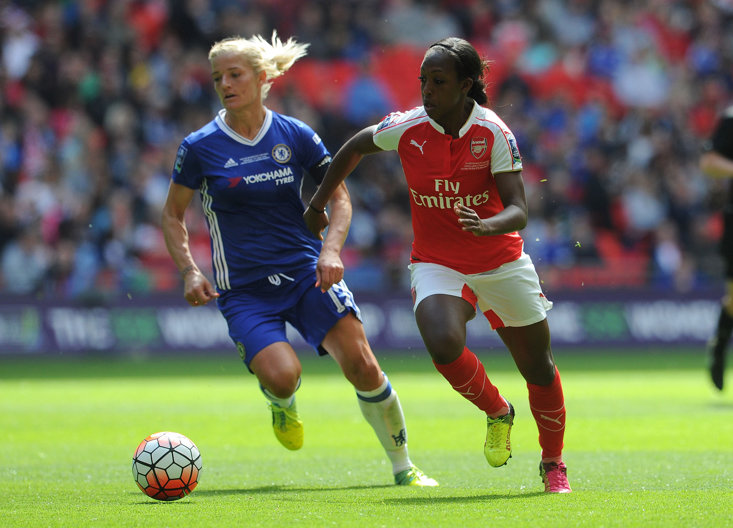 DANIELLE CARTER NETTED THE ONLY GOAL OF THE 2016 FINAL

City might be odds-on to make it back-to-back FA Cup wins, but the two-time champions have a long way to go to match the all-time cup queens, Arsenal.

The Gunners have raised the trophy 14 times in its 50-year history, with all of those successes having come in a dominant 23-year span between 1993 and 2016. Their most recent triumph came thanks to a sole Danielle Carter strike against Chelsea four years ago in what remains their only win at Wembley to date.

City, on the other hand, have recorded both of their Women’s FA Cup wins underneath the arch since the final was moved to the national stadium in 2015.

There were a total of 30 different hosts in the first 44 years of the competition, and it took 12 years for a final to even be played at a Football League ground with the early editions being farmed out to various non-league venues.

But after the likes of Prenton Park, Selhurst Park and the City Ground had all played host for the final in the intervening years, the FA finally agreed in 2014-15 to make Wembley the cup’s home, and a record 30,000 were in attendance to see Chelsea beat Notts County 1-0. The gates would get progressively more impressive too, with the 2018 showpiece drawing the current competition record crowd of 45,423.

There’s nothing like having a real home, is there?