Football
Features
A Look Inside The Premier League And What To Expect When Football Returns
Jack Porter
16:00, 20 May 2020

The thirst for football is alive and very real. Parched football fans were allowed to take a healthy gulp in mid-May, with viewing access to the resurgent German Bundesliga resuming its season, albeit with those dreaded three words: ‘behind-closed-doors’. Though the K-League tried its best (more on South Korea later…), it was certainly a welcome return to high-standard competitive European football.

The reach of the UK’s Bundesliga broadcaster BT Sport posted numbers of around 1.4million (although, as The Daily Mirror was quick to point out these figures were lower than for the daily dose of Midsomer Murders), whilst England fans have been kept entertained by reliving the highs and heartaches of Italia 90 and Euro 96,  as well as re-living classic games and seasons for respective club affiliations.

May 18 brought welcome official news that Premier League Shareholders have voted unanimously to return to small-group training from Tuesday May 19, ‘the first step towards restarting the competition when safe to do so’. Expected groups of four to five players will be allowed to train, without contact. A start date for the resumption of the season has of course yet to be announced, amid a continuing discussion regarding TV rights and the Premier League, with clubs facing a £762m bill if the season isn’t completed.

An ambitious date of around mid-June has so far been speculated, with any resumption to be reliant upon quick, efficient testing. But what exactly can desiccated die-hards expect once society has been reunited with Premier League football?

If a tree falls in a forest and no-one is around to hear it, does it make a sound? The same has been debated after the long-delayed Gameweek 26 of the 19/20 Bundesliga graced TV screens, with matches played out in empty stadia.

The Borussia Dortmund gang even saluted the famous Kop stand, completely desolate, at the Westfalenstadion in tribute to the absent fans, after their 4-0 home win over Schalke. It ultimately, however, served to highlight the extra quality that supporters do truly provide.

The ‘12th man’ theory is alive and kicking. Over in England, Premier League clubs have discussed the use of fake crowd noise for the games played behind closed doors when football is cleared to return, with the use of remote audio startup platforms to simulate the sounds of crowds. More unlikely will be the inclusion of the tried, tested, and consequently failed South Korean concept, of dotting the stadium with sex dolls to give the impression of attendance. FC Seoul were subsequently sorry for any suggestion of sleaze. 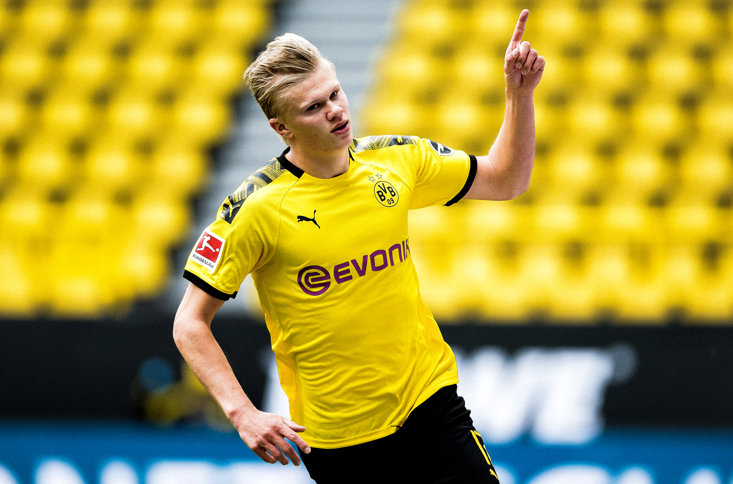 It didn't take Håland long to rediscover his goalscoring touch

One thing the Bundesliga proved is that certain players have an inability to lose quality. Evergreen Robert Lewandowski didn’t blink from the spot for Bayern Munich, and the prodigious Erling Braut Håland (13 years Lewandowski’s junior) continued straight from where he left off.

It may take a while for everyone to hit top gear after a probable three months out of action with limited fitness, but those engines are still top of the range.

Whatever Happens, It’s Sad For Manchester And Toffees

The Professional Football League (LFP) of France were the first to announce the conclusion of one of  Europe’s top leagues. The 2019-20 Ligue 1 and Ligue 2 seasons have ended, with Paris Saint-Germain crowned champions of the top division for the third year running, having been a gargantuan 12 points clear of nearest rivals Marseille (and with a game in hand), with Les Phocéens and Rennes granted spots in the Champions League. Contesting the decision, Amiens are appealing their immediate relegation.

Also contentious amongst fans was to end the Scottish Premier League prematurely, with Celtic making it a record-equalling nine-in-a-row, with SPFL putting an end to proceedings with immediate effect.

Over in England, the Premier League has already announced it will support a trophy presentation for Liverpool if they are crowned champions and it is safe to do so. Reds manager Jurgen Klopp had already expressed the view that the season being declared ‘null and void’, “I would personally find unfair”.

“We have played 76 percent of the season and you just want to delete the thing?'” 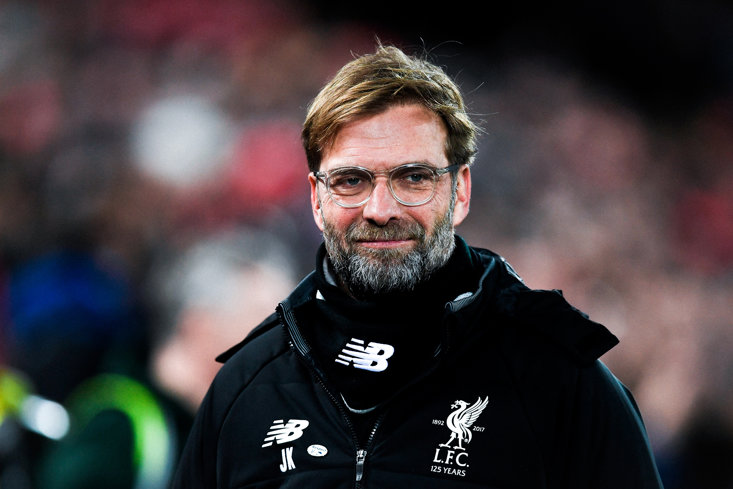 It’s a view concurred by an incumbent champion and rival, Klopp’s former Borussia Dortmund boy Ilkay Gundogan, now of Manchester City. The midfielder had stated way back in March that it would only be "fair" to award Liverpool the Premier League title, with the Merseyside outfit perched atop the tree, a mammoth 25 points clear with seven games of their campaign remaining.

Whether we witness a reduced season at neutral venues over a blistering summer schedule, or not, sorry Man Utd, City, and Everton fans. It seems Liverpool’s 30-year drought is finally over...

Expect Social Distancing To Be Scrutinised And Most Likely Violated

For the most part during the first round of COVID-19 games, Bundesliga players lead the way in demonstrating protocol the right way. There were, however, notable exceptions.

Hertha Berlin’s Dedryck Boyata had to issue both an apology and rebuttal to accusations that he kissed teammate Marko Grujic after the capital club took the lead in a 3-0 win against Hoffenheim. The celebration - which Boyata clarified in claiming he was issuing instructions for Gujic - provoked widespread consternation for the defiance of imposed guidelines, with German politician Markus Soeder later issuing a statement that he expected the league to “tighten up” instructions on how to celebrate goals.

Boyota posted a video of the incident on Instagram and apologised for his gesture. “I apologize for putting my hands on (Grujic’s) face,” Boyata wrote, “it wasn’t a kiss” or “a celebration”.

Don’t Expect To See All Your Favourite Faces

Any green-light isn’t likely to be accepted by all players. Though Premier League teams are starting non-contact training from Tuesday May 19, talismanic Watford captain Troy Deeney has already ruled out even returning to training for fears for his family's health amid the coronavirus pandemic, not wanting to put his baby, who has had breathing difficulties, "in more danger". Deeney has also raised concerns over the increased risk to black, Asian and minority ethnic (BAME) players.

One thing the pandemic has proved certain is uncertainty. The Premier League will return. Fans just need to be prepared for all.

It’s football, Jim, but not as we know it.