The story of this rugby player reappraises the concept of what it is to be hard, to be tough. A devotee of the oval ball, Sir Ernest Edward ‘Weary’ Dunlop’s legacy for the most physical of sports isn’t about inflicting the most pain and damage, nor solely being able to endure it, though endure he did.

He was an Australian rugby union player, a lock forward, representing his country in the years leading up to World War II. He was from Victoria, an area that was more famous for Aussie rules football , and would later become the first Victorian inducted into the Australian Rugby Union Hall of Fame. Only taking up the sport whilst at university aged 24, he would receive his first international call-up against the All Blacks the following year, 1932. Dunlop was a tough player, playing with a broken nose against New Zealand in another meeting (his Australia side would win 25-11). A medical student, he reset it using a toothbrush up each nostril. He was also a bit of a boxing champion and an all-round livewire off the pitch. But it would be his sacrifice yet subsequent ceaseless sanctity of rugby that he would treasure and take across the world, that sets him apart.

His medical career saw him set sail on the long journey to the United Kingdom, where he not only became an exceptional specialist surgeon, but remained a superb lock, rewarding him with a Barbarians selection and a Commonwealth XV place. Sports writer Luke Upton reserved his last chapter in his book ‘Hard Men of Rugby’ for this special character. “I sort of knew his name but I honestly didn’t know about him at all,” Luke tells The Sportsman. “If you’re Australian, however, you’ll definitely know Weary Dunlop.”

After the outbreak of the global conflict, Dunlop’s World War II journey first ran through Palestine, Greece, Crete and Libya before heading to South-East Asia. Serving in a Japanese hospital, he would be captured and become a prisoner of war in Thailand, being forced to help build the Burmese Railway. His overall wartime trajectory may have been wholly individual, but it is a hardship that countless others would have had to endure, and must be remembered. As a POW, Dunlop suffered through malaria, amoebic dysentery, beriberi, and tropical ulcers, not to mention continuous beatings and threats of execution. But he prevailed, and emerged as a leader, and a warrior without weapons. 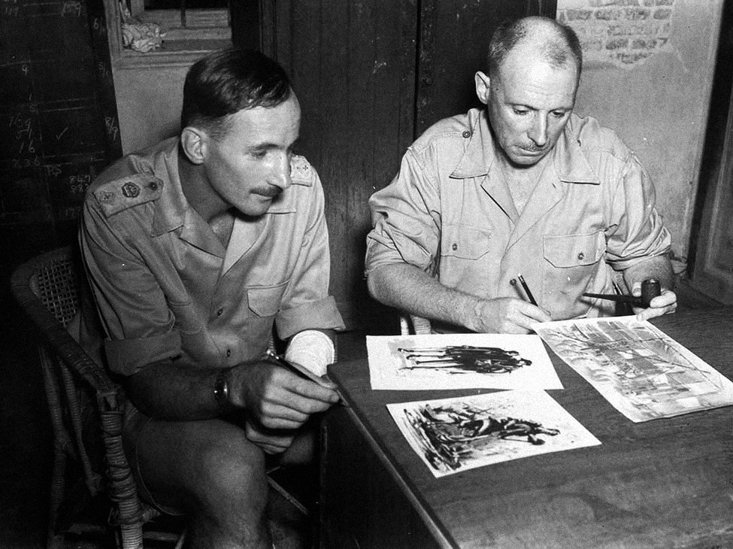 In his book, Luke tells the story of a bedridden Allied soldier Dunlop saved from a Japanese general’s bayonet. “If you are going to do that you must go through me first,” said Dunlop, with a line that the characters of Errol Flynn or John Wayne couldn’t have wished to emulate so powerfully. The enemy backed down.

Though 6’4”, 14st 10lb while serving, it was Weary Dunlop’s compassion that was his strength.

He improvised medical supplies and equipment to use his training to assist others with the bare minimum in resources. From 1000 men, the Japanese captors would make him select who would work everyday. The choice was his. The conditions were appalling, men were dying every day, and he would be forced to decide those who had to go out on the railway. Life and death decisions every single morning.

“He seemed to shoulder this burden and did the very best he could,” says Luke, “There are a lot of guys who got out of this situation who owe their lives to his leadership. His heroism was his positivity, his confidence, and his warmth he shared with his men.

“I think he’s quite a remarkable kind of guy, for his bravery during World War II, that it might not be the textbook bravery that you immediately think of when it comes to the conflict. It was more emotional, practical. He was entrusted to be in charge of this thousand or so men who were forced to build this railway and look after their medical needs as well as their emotional and organisational ones.” 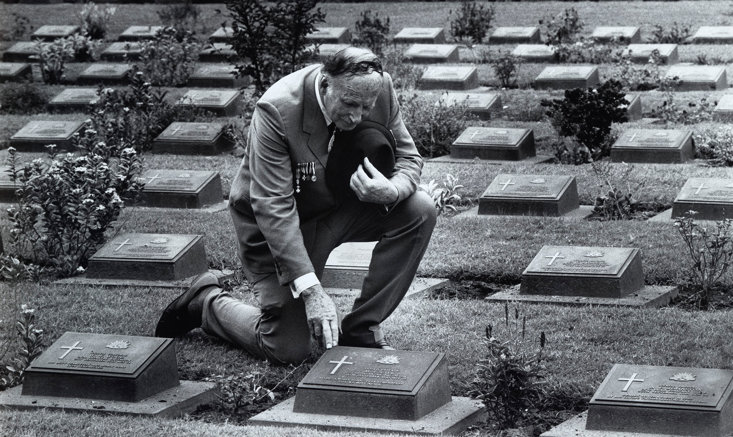 Dunlop at the Commonwealth War Cemetery in Kanchanaburi, Thailand on Anzac Day 1991

There would have been a lot of Australian and Allied soldiers who would have been grateful to Dunlop. There’s probably still even a few people today who wouldn’t be around were it not for him. When he died in July 1993 he was provided a state funeral with full military honours in front of 10,000 attendees. As well as a suburb of Canberra named after him, there are at least three statues in tribute across the nation of Australia.

Dunlop was denied - and denied himself - the career as a rugby man he undoubtedly deserved, but the sport remained intrinsic to him. Before he was captured he even played for a team in Jerusalem, presenting a rather romantic image there in the early 1940s playing on the Mount of Olives. Later, locked in the camps of Thailand, he led an Australian team in a fixture against a British XV. Remarkably, one of the few personal effects he had managed to retain throughout his captivity was his rugby shirt.

“His love of the game prevailed throughout,” states Luke. “He was always a rugby man.”

Remarkable times and remarkable situations produced a remarkable man. “I think most of us would have buckled under the pressure, but he did not,” says Luke. “For the thousand or so men he looked after during that time of conflict, they couldn’t have asked for anyone better in charge.”

Weary Dunlop might not have been as decorated on the pitch as other number eights, but he might just have been the best of them all.