The position as a modern-day Antipater would be unenviable if one was tasked with nailing down the Seven Wonders of the Football World. These are the heritage-rich stadia of such grandiosity, character and beauty, that immediately inspire awe and provoke misty-eyes, through their own individually recognisable aesthetic.

What’s certain, the stadium known widely as the San Siro of Milan would be firmly in the debate. Nearly 95 years since its creation, today it is one of the most instantly identifiable sports venues in the world, of any discipline.

On September 19, 1926, the very first match was played at the now-hallowed ground on Via Piccolomini. How fitting that it just happened to be AC Milan v Inter Milan, the Derby della Madonnina. Inter running out 6-3 winners in the end. Far from the ideal start for then AC President, tyre titan Piero Pirelli, who paid from his own pocket and laid the first stone. Incredibly it only took nine months to build.

The influence of English football on Pirelli with his new project was palpable. His ambition was a new arena dedicated entirely to football, as was intrinsic within the English game. The design itself became veritably ‘English’ in appearance, composed of four separate stands, square to the pitch and made out of reinforced concrete, one of which was partially covered by a roof, along with standing section level to the pitch designed by engineer Alberto Cugini and architect Ulisse Stacchini. It wasn’t until Italy had been selected as the host nation for the 1990 World Cup that the stadium underwent its most significant renovations: architects Giancarlo Ragazzi and Enrico Hoffer, and engineer Leo Finzi, creating those iconic cylindrical towers that barricade the stadium to make it the most visually astounding stadium in Italy.

AC owned the ground until 1935 when the club sold the stadium to the City of Milan but for a further decade they were the sole inhabitants of the San Siro. Then, after over twenty years of calling it their sole home, in 1947 AC Milan had to house-share: their cross-town rivals Inter had become joint-tenants. 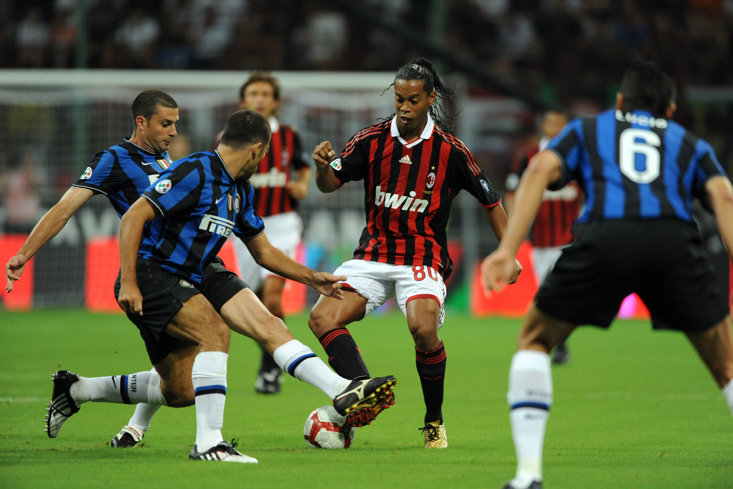 Like two competitive brothers, Inter and AC have always fought to outdo each other. AC Milan were founded in 1899 and Inter Milan came along just nine short years later in 1908. In the intervening period before Inter Milan were formed, due in fact to a split with the Rossoneri over contrasting ideals, AC had already won three league championships. Milan however did not win another league title until 1951, during which time their younger sibling had already outperformed and outdone, collecting five championships of their own.

In a post-World War II world, and Italy still suffering much in the aftermath, AC and Inter, two households both alike in dignity, now had to learn to cohabit and compromise, whilst also ensuring the rivalry that had become amongst the most fervent in the Bel Paese, was retained.

For nearly eight decades since, the San Siro has been a chapel of two religions.

The hardcore fans of Inter Milan have made the Curva Nord their base, festooned with the blue, black, and yellow, while AC Milan take the Curva Sud and adorn it with the red and black war paint for matchday. The prominence of colours across the stadium is of course depending on whether the fixture is an Inter or AC home game. The two rival fans virtually never occupy each other’s key territory, especially in the head-to-heads at this thrilling theatre: the famous eleven-strike goalfest of 1949, AC and Andriy Schevenko’s 6-0 drubbing of their neighbours in 2001, and Jose Mourinho’s revenge eight years later, on course for a treble-winning season. 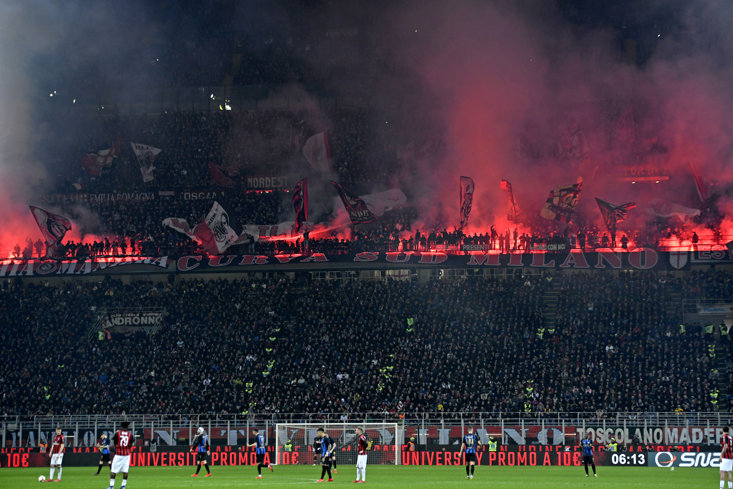 With a 2020 capacity of over 80,000, all bar one stand of the San Siro has three tiers, with the Rosso Stand the main one in the ground. It houses the changing rooms, of which, uniquely there are three, in order for permanent residency for each side to dress and prepare, as well as accommodating the away team. Though there’s just one museum chronicling the history and achievements of the two teams, and one club store.

Formerly officially known as the Stadio Comunale di San Siro, due to it being the district of the same name in the city, the stadium was actually officially titled the Stadio Giuseppe Meazza, in 1980. This helps solidify the claim that though Inter may have moved in second, their identity runs through the very brick of the building. A formidable striker nicknamed ‘il Balilla’ (‘The Little Boy’) or "il genio’ (‘The Genius’) Peppe Meazza was an Inter Milan and Italy icon. He won the World Cup twice with his country and played for 10 seasons in Serie A with Inter, scoring 242 in 365 games. Though he later played for AC Milan, Meazza is bonafide Nerazzurri. So AC fans refer to the stadium as San Siro, Inter supporters call it Sadio Meazza.

Whatever your preference of reference, whether you bleed blue and black or red and black, it is unlikely that this historic sporting cathedral will exist to see its centenary in its current form. 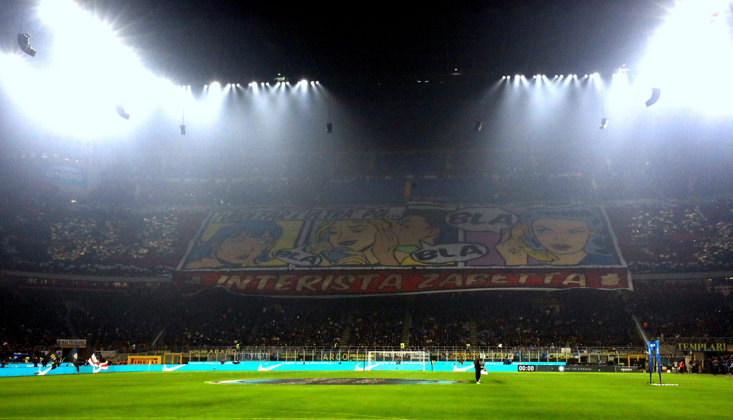 Though in direct contrast to Pirelli’s initial plans back when, in the next coming years, the stadium is set to be converted into a commercial-leisure centre with numerous amenities free for public use. A brand-new homeshare for AC and Inter is to be built next to the premises, said to be modelled on the ultra high-tech Mercedes-Benz Stadium in Atlanta.

This comes after the Italian Superintendency for Cultural Heritage had initially announced San Siro as having no substantial historical value, and could be demolished. History lives in its every brick, in its every nook and cranny.

AC and Inter have existed within a marriage of convenience for many a year. It is only fitting that this has been respected with a relationship between past and future. Lunga Vita, San Siro.