Football
Features
The striker is set to win the Scottish Premiership with Rangers
Jack Porter
14:00, 23 Jan 2021

Bournemouth were down to 10 men. The game was goalless after an hour. Up stepped an 18-year-old from Beckton, on loan from West Ham United. The teenage striker had been moved out to the wing but amidst a blistering, reputation-bursting season, there was an individual landmark to hit. And he was damn sure, as he came face-to-face with the opposition goalkeeper, he was going to hit it. It would be kind of marksmanship he would demonstrate better than most in an enviable career of longevity.

“I was going to dink it over him," he later explained, "but the record was on my mind. I thought, 'No, I'm going to make sure.' So I went round him. I didn't look at the goal – I just got my head down and pinged it."

On 23 January 2001, Jermain Defoe scored for the Cherries against Cambridge United to set a then post-war record by scoring in 10 successive Football League matches. Exactly 20 years on, Defoe is still going strong at the age of 38 and is on the verge of perhaps his greatest success.

A striker who can claim to be one of England’s very best, he has scored over 300 goals, including 20 for the Three Lions. He’s the eighth-highest goalscorer in Premier League history, a stalwart of the game for more than two decades, leading to line at West Ham, Bournemouth, Tottenham Hotspur and Portsmouth at the very top of the English game. He’s also one of very few players to have scored five goals in a single game, doing so at White Hart Lane in a 9–1 thrashing of Wigan on 22 November 2009, a feat which featured the third-fastest hat-trick in Premier League history in just seven minutes. 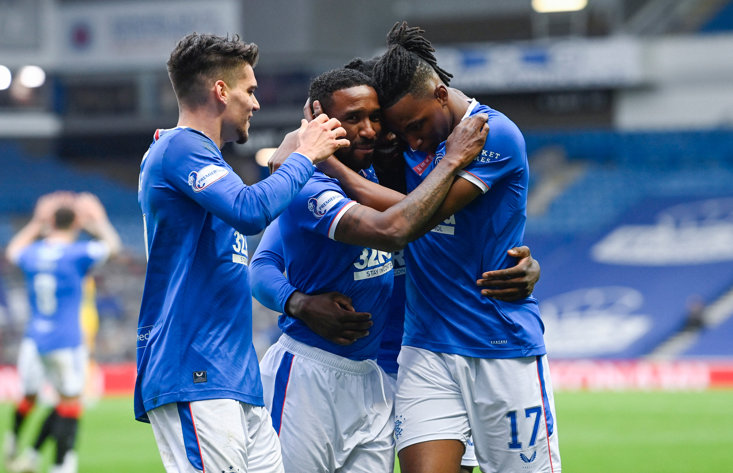 And yet, in his trophy cabinet, he only has a League Cup to his name - the 2008 Wembley triumph for Spurs against London rivals Chelsea wasn’t even a game he played in, having moved to Portsmouth one month before Spurs’ victory at Wembley. He was only awarded his medal 10 years later in 2018! To further compound his trophy absence, Defoe found himself cup-tied for all the matches of Pompey's successful 2007/08 FA Cup campaign with his January move from Tottenham coming after a couple of appearances in the early rounds.

However, that’s all about to change. Almost exactly two decades after bursting onto the scene as that 18-year-old, Defoe should be dusting the shelf ready for his next accolade. He has been part of Steven Gerrard’s Rangers set-up since an 18-month loan agreement in January 2019, sealing a permanent move to Glasgow in 2020. Now the Gers look set to wrench back the prestigious Premiership for the first time in a long, agonising decade thanks to a 20-point advantage over rivals Celtic, and Defoe is on course to cap his long career with a league title.

And what a career it has been. At West Ham he scored on his senior debut before enjoying that exceptional loan spell at Bournemouth, where he eventually scored 19 goals in 31 appearances. He then returned to east London to finish as the club’s leading scorer as West Ham secured a seventh-placed finish in the 2001-02 season. 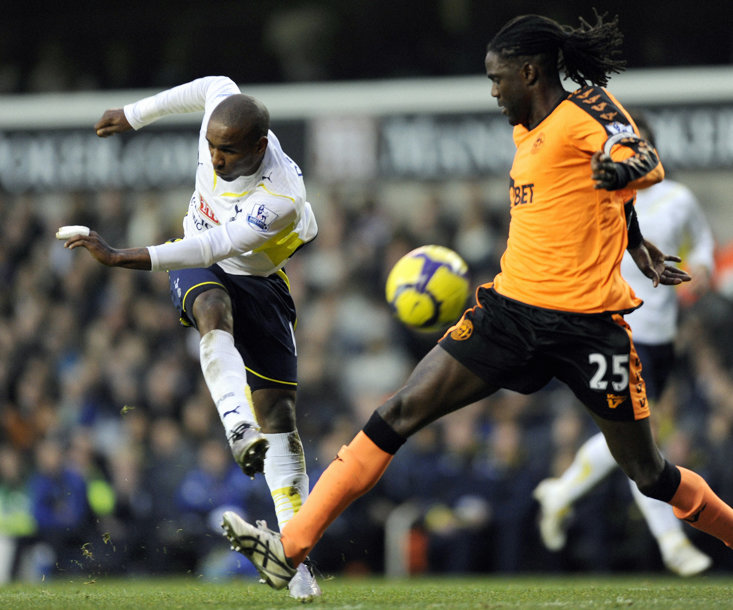 Following a relegation, a move cross-capital to Spurs was forthcoming, and his productivity continued across five stellar seasons before reuniting with former Hammers manager Redknapp at Portsmouth in the hope of a more prominent role. It proved a mutually beneficial relationship for club and player as Defoe thrived amid regular minutes, scoring prolifically to net 17 goals in just 36 appearances for Pompey and forming a fine relationship with Peter Crouch in a classic ‘Little and Large’ partnership in attack.

Redknapp’s departure for Tottenham ultimately saw Defoe follow his manager once more and return to Spurs in the 2009 January transfer window, with Crouch completing the triumvirate’s move from the south-coast to the capital the following summer. A venture to Toronto might have seemed like a last-chance saloon, a nice-semi retirement in MLS. But that was in 2014. Eleven goals in 17 appearances and he was back in Blighty to star for Sunderland, with two double-figure hitting full seasons.

Perhaps his greatest achievement, however, was away from the pitch. In the north-east, the player used his platform for the better, forging a touching friendship with Bradley Lowery – a terminally-ill six-year-old fan with the rare childhood cancer, neuroblastoma. In 2018, the footballer was awarded an OBE for his work with the Jermain Defoe Foundation, with the forward also involved in a plethora of UK charity projects which aim to help young people. The Foundation was set up in 2013 to support homeless, vulnerable and abused children in St Lucia, his family’s country of heritage. 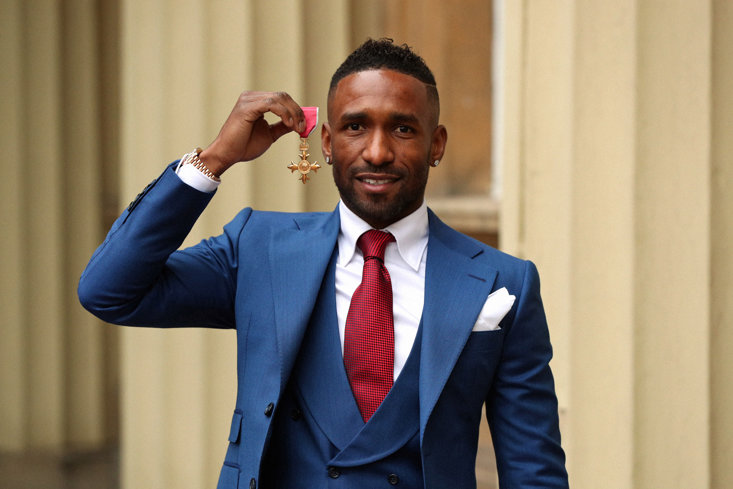 “I was truly humbled to receive this award. It’s been a long road for me,” he said of the OBE. “When I got the phone call from my mum, I was actually on holiday. She came on to the phone and she basically said to me, 'Are you sitting down?' Naturally, I thought it was bad news so I stood up to prepare myself.

“And then my mum started crying and got emotional and I knew she obviously was not winding me up. It was a really emotional moment.”

It is fitting that a league title should await Defoe 20 years after proving his goal-scoring prowess in that match against Cambridge United in 2001. With his prolificacy on the pitch and his warm-heartedness off it, it will be one of the most deserved winners’ medals in recent football history.