“If you see pictures of Mike Hall, in the bulk of them he has this smile, and a smile in his eyes. It’s very natural and organic. This cunning, very playful smile. He was a real amazing human being who will be remembered.”

Mike Hall was a very special cyclist. Originally from Harrogate, North Yorkshire, he was the founder and first organiser of the TransContinental, a 4000km race across Europe, billed as the definitive self-supported bicycle contest across the mainland. Still running to this day to test some of the planet’s greatest endurance athletes, it is similar to the US-equivalent ‘TransAm’, an event Hall had won on his debut.

It was part of an unbelievably thick vein of achievement in which the Brit won every cycle race that he entered between 2012 and 2016. During this period he also set the unofficial record for the 29,000km Round the World Cycle Race, doing so in a startling 91 days and 18 hours, creating a significant still-standing achievement of cycling endeavour. Through sheer willpower and athleticism, armed only with his bicycle, Mike would traverse all terrain, in all elements, to be the fastest person pedalling on two wheels. He became known as the specialist in self-supported ultra-distance cycling races. 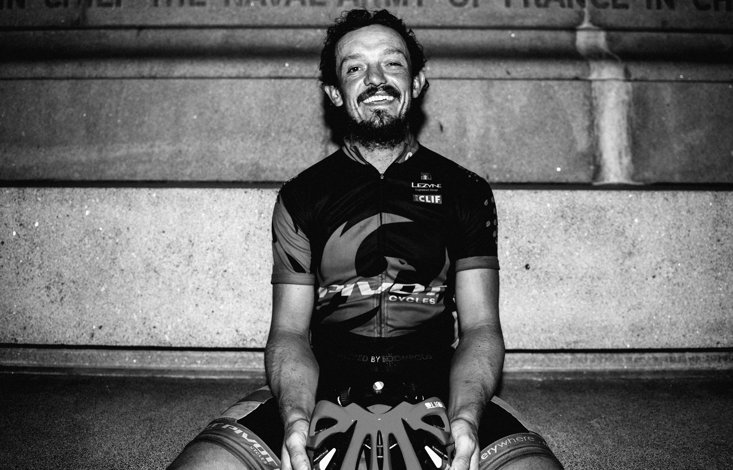 Director Mike Dion recorded Hall during the inaugural TransAm Bike Race in 2013 for his documentary Inspired to Ride (available to watch here). It followed a handful of cyclists as they raced unsupported across the United States, describing the competition as the antithesis to events like the Tour de France and Race Across America. There are no teams, no support vehicles, no special jerseys and ‘not a dime in prize money’.

“With a film like this when there are 30 to 40 participants, you can’t really focus on everybody,” Dion tells The Sportsman, “You have to identify the handful of people who you know would be best to focus on.  Mike was instantly put to the top.”

The two Mikes remained close throughout filming, throughout the editing process, promotion, and beyond. Dion saw first-hand Hall’s ability to both compete and inspire his other competitors.

“It’s interesting to call him a ‘character’ because he was almost larger-than-life,” Dion says, “When we were filming and in the edit bay, when other racers were talking about Mike, they gave him an almost God-like status. He had this un-human persona through other people giving him all sorts of accolades. What he was able to do on a bicycle, coupled with his personality of being incredibly humble and massively friendly... These combinations coming together was kind of magical.” 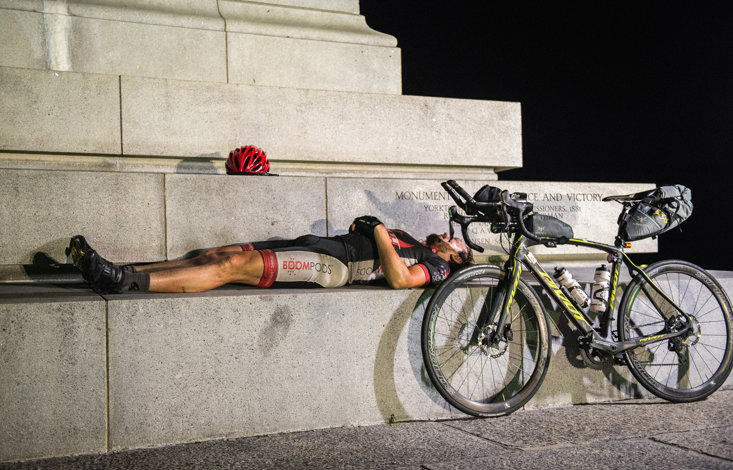 The participants who enter into events such as the TransCon and the TransAm are from a variety of backgrounds, nationalities, and degrees of experience, but are united for a single cause.

“If there’s a theme it’s people who are up for an amazing adventure,” Dion describes. “These are not professional athletes, no one is collecting a salary. These are people with a massive sense of wanderlust.

“And then you see Mike Hall. He knew he could finish these races. He was out to crush. He wouldn’t come out and say that, but instead you sensed it from his research, his preparation and training. You knew that was his goal all along.”

Athletes have to pedal 90 per cent of a 24-hour period, pausing just for small 20-30 minute naps throughout a day to plough through the 4000-plus miles, getting up at four or five in the morning racing and cycling well into the twilight. To excel in these events you need drive and determination. As far as bicycle pedalling is concerned, there isn’t a lot of athletic skill. It’s mental fortitude.

“I think Mike was the epitome of that inspiring capability,” says Dion. “He sat at the top of being an ambassador for endeavour.”

The races themselves usually don’t have any monetary award. The competitors aren’t professional athletes. It’s mentally satisfying, but that doesn’t equate to a wage, or a bonus. Mike Hall not only set the standard, but also set up events to benefit his fellow athletes. His brainchild of The TransContinental remains a respected race to this day. While he was initially responsible for the organisation of this particular event, Hall continued to compete around the world. 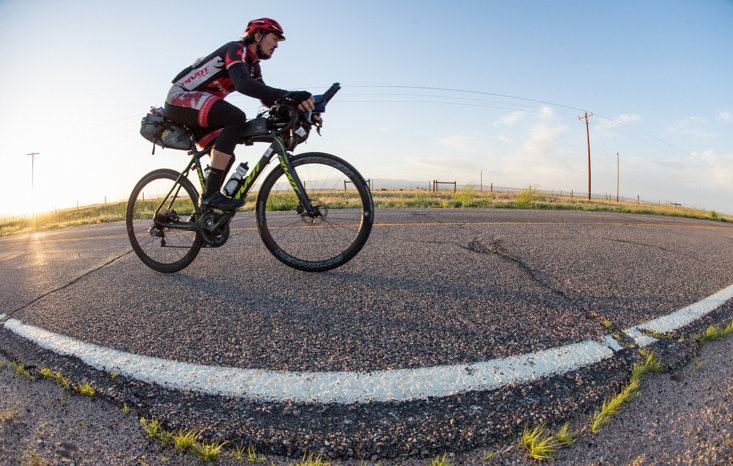 Beginning on 18 March 2017, Hall had entered the self-supported 5,474 kilometres that made up the inaugural Indian Pacific Wheel Race that runs all the way across the south of Australia, from Fremantle to the Sydney Opera House.

Thirteen days later, after covering just over 5,000km, Hall died after being struck by a car just south of Canberra. After an inquest, his death was later ruled as ‘avoidable’. He had died almost instantly on the Monaro Highway. The coroner would say that the passing of the “exceedingly experienced ultra-endurance cyclist” should be a “catalyst for change” to improve safety on the country’s roads.

“We kept in touch off-and-on as he put together his own Trans-Continental event,” recalls Mike Dion, “When I later heard of his death, my initial response was disbelief along with a very heavy feeling in the chest. As the hours went on, it was now in the pit of the stomach and just tears. I wasn’t feeling this alone, the community was experiencing his death together.”

To date, Mike Hall remains the only Brit to win the TransAm Bike Race. His standard for the World Cycle Race is still an extremely respected feat.

“People from all over the world were impressed by Mike, by his cycling prowess, no doubt, but also by his attitude and approach to ultra-cycling races and life in general,” states The TransContinental in tribute to its founder. “He was a considered and philosophical individual who felt passionately about an individual's right to autonomy and the powerful, positive impact of adventure and self-discovery.

“Mike was also passionate about travelling by bicycle, using the bike as a primary means of transport no matter how far you wish to travel.

“He demonstrated throughout the last few years of his life that no matter where you want to go, to work, to the shops, across a continent; you can do it by bike.”