We all know about his rivalry with Pep Guardiola stemming from their days together in La Liga. There’s also the ‘specialist in failure’ jousts he had with Arsene Wenger back in the day. But Jose Mourinho’s truly momentous scraps when he first arrived in England all came against Liverpool.

The Special One returns to Anfield on Wednesday night as his Premier League-leading Tottenham Hotspur side take on the champions in the biggest game of the English season so far. And when he enters one of the world’s most iconic sporting arenas, he is sure to be reminded of some absolutely epic evenings during his first spell at Chelsea.

It was back when Mourinho was still relatively new to British audiences that he and Rafa Benitez began a seemingly-unstoppable discourse which would follow the pair of them through their careers. The Portuguese’s first major trophy win in England came against Liverpool, but so would his most gut-wrenching setbacks and many of the moments which helped to make him an anti-hero to large swathes of football fans.

The 2005 Carling Cup final was the scene of Mourinho’s first Chelsea success, but it also helped to solidify his growing reputation as a villain on the touchline. The major flashpoint came after an own goal by Steven Gerrard, the subject of transfer interest from Chelsea the previous summer, to level the scores late in normal time. Mourinho immediately responded by turning to the Liverpool fans and putting a finger to his lips in dramatic fashion. Referee Steve Bennett sent Mourinho to the dressing room as the incensed supporters gave as good as they’d got from the former Porto manager. Rivalries resumed just two months later when Mourinho took the Blues to Anfield for the second leg of the Champions League semi-final after a goalless draw at Stamford Bridge. Just four minutes in, Luis Garcia poked a bouncing ball goalwards and William Gallas looked to have cleared it off the line but the referee’s assistant signalled a goal to the great irritation of Mourinho.

“It was a goal that came from the moon, from the Anfield stands,” he told ITV afterwards. “Liverpool scored, if you can say that they scored, because maybe you should say the linesman scored.” The ‘Ghost Goal’, as it became known, was the only goal of the game.

His continued pursuit of Gerrard that summer only made him an even bigger enemy on Merseyside, with the England midfielder at one stage asking Liverpool to let him leave. Though Gerrard eventually stayed, signing a new contract, Jose’s hand in a souring moment in the relationship between Liverpool fans and their skipper was never forgotten.

Mourinho had the opportunity to wipe away the bad memory of that semi-final loss just two years later when the two teams met at the same stage in Europe, with Chelsea winning 1-0 at the Bridge. 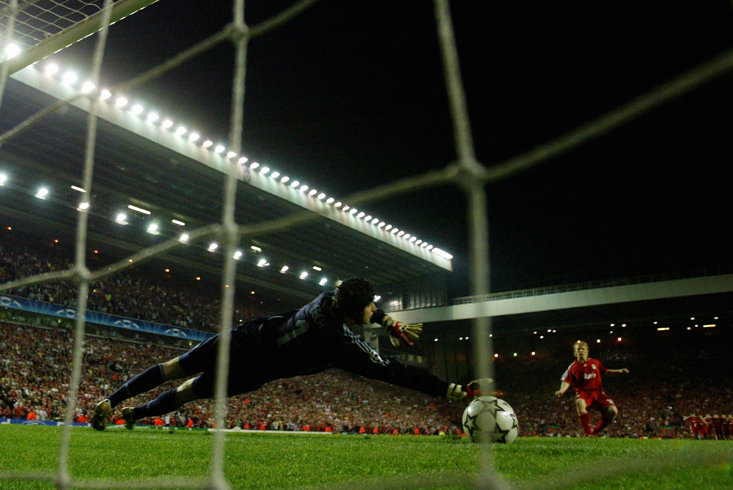 He had called Liverpool a ‘cup team’ going into the tie, saying, “Liverpool are not even a big club, they are a monster… But since January, they have played only one competition, the Champions League.” But Liverpool again had the final say, with a 1-0 home win being followed by a penalty shoot-out in which the usually-reliable Arjen Robben and Geremi were both foiled by Pepe Reina, and Dirk Kuyt won it for Liverpool.

When Mourinho was fired by Chelsea later that year, Sir Alex Ferguson and Arsene Wenger were among those to pay tribute to the job he did in west London. Benitez refused the chance to follow suit though, telling reporters, “You know my relationship with him so it’s better I don’t say anything.” 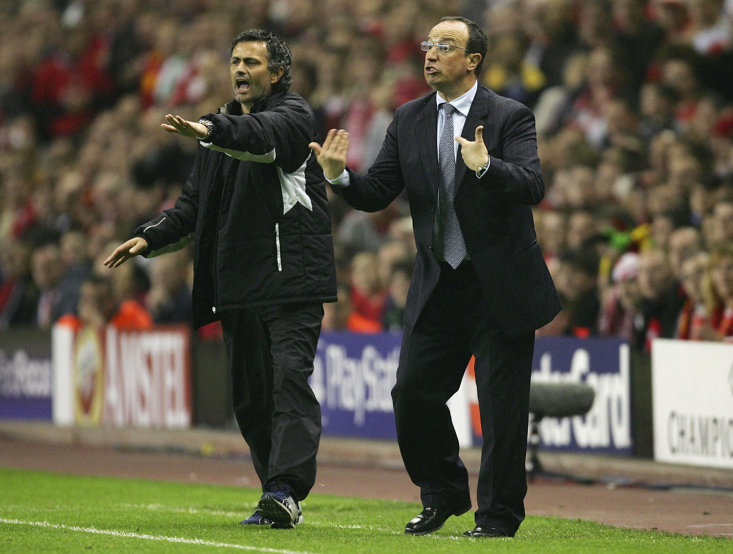 It was not lost on many that Chelsea finally overcame Liverpool in the Champions League the following May, thanks to a 4-3 aggregate semi-final win under Avram Grant, Jose’s replacement in the Blues dug-out. It had taken sacking Mourinho for Chelsea to eventually get the better of Liverpool.

There have been further reminders of those early Liverpool battles down the years, from his continued tussles with arch-enemy Benitez, to his spell as Manchester United manager which was punctuated with issues with the Red Devils’ old enemy. As Old Trafford boss he was regularly pilloried for his negative approach to games against Liverpool, and a 3-1 defeat at Anfield in December 2018 proved to be his last at United as he was sacked within 48 hours.

So when Mourinho steps out at Anfield on Wednesday, there may only be 2,000 home fans in attendance but they will be sure to let the Portuguese know that they don’t forget easily. But Jose has a long memory too, and a Spurs win might well spark a return of the ‘hush’ finger-to-lips signal that was the genesis of their intense conflict more than 15 years ago. A fascinating rivalry continues.