Us Sports
Features
A year ago it looked like the wide-receiver wouldn't play in the NFL again
Kieran Spratt
17:00, 09 Feb 2021

Just last year, the wide receiver was reportedly in talks with Eddie Hearn’s Matchroom Sport and DAZN for a boxing match with YouTuber Logan Paul. Footage even surfaced on social media of Brown in the gym, hitting away at some pads with such fury that a career in the NFL seemed firmly in the rearview mirror. Fast forward a little over 12 months and Brown, against all odds, has a Super Bowl ring to his name.

The supremely talented Brown was something of a sensation on the gridiron when he was drafted as a sixth-round pick by the Pittsburgh Steelers in 2010. He finished his rookie season with 16 receptions from 167 yards in 10 games, advancing to Super Bowl XLV along the way, before ultimately losing to the Green Bay Packers. By his second season, he’d become the first player in NFL history to have more than 1,000 yards receiving and returning in the same year.

From 2010 to 2018, when his relationship with the Steelers soured and he forced a switch to Oakland, Brown’s on-field productivity was mind-boggling. Across those eight years in Wisconsin, Brown amassed more receptions than any other player in the league at the time. In 2013, he became the only receiver in NFL history to record five receptions and at least 50 yards in every single game of a season, and led the league in receptions and receiving yards in 2014, receptions in 2015, receiving yards in 2017, and receiving touchdowns in 2018. 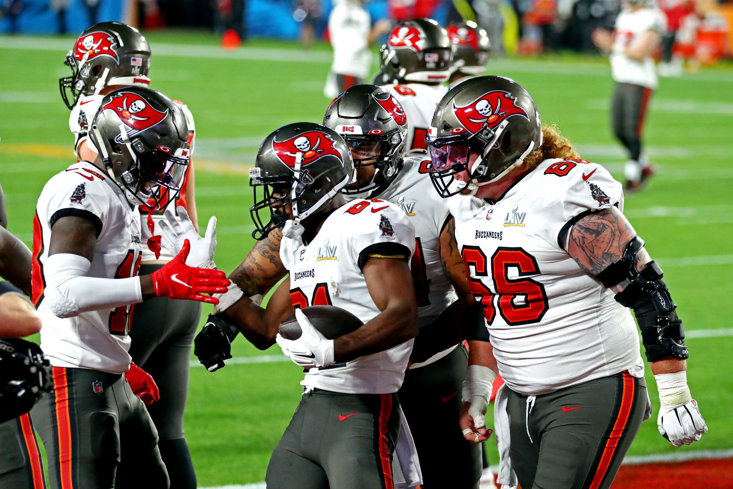 From then though, it all went wrong. It began with an acrimonious exit from the Steelers, having been embroiled in a number of incidents causing drama within the organisation, including launching furniture out of his 14th floor apartment, narrowly missing a 22-month-old baby, and getting caught speeding at 100mph on a suburban Pittsburgh highway.

His tenure at the Oakland Raiders faired even worse despite being made the most highly-paid receiver in the NFL. More bust-ups with club personnel, including general manager Mike Maycock, meant that Brown failed to play a regular season game for the Californian outfit and was cut. Then, although he was facing accusations over sexual and personal conduct at the time, Brown was offered a last chance saloon of sorts with the New England Patriots, signing a one-year-contract worth $15m, but, like at Oakland, his spell was brief and further accusations towards the Florida man meant that the Pats had little choice but to let him go.

Brown’s career in the NFL was effectively over, and so Hearn and DAZN came calling, and a lucrative boxing match with Logan Paul seemed to be in the works with his future in football looking to be heading for the abyss. His rescue came in the form of Tom Brady and Tampa Bay Buccaneers head coach Bruce Arians, both of whom had worked with Brown before and were willing to give him a chance at the Raymond James Stadium, albeit on a tight leash. 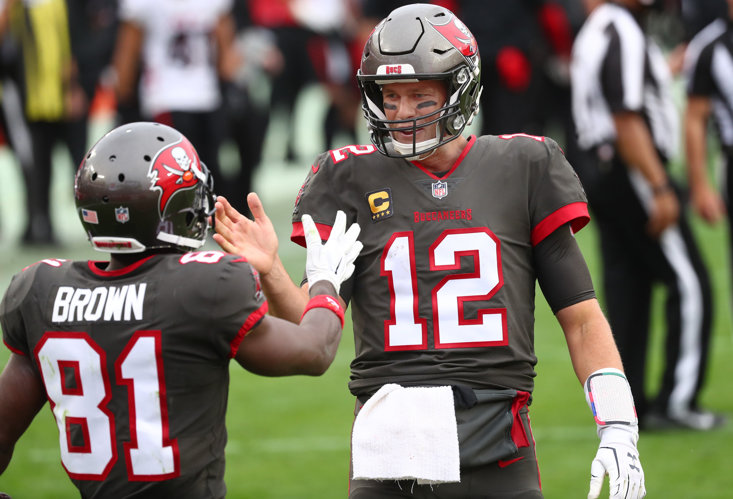 "Everybody has the opportunity in life, and I'm just happy that he's got another opportunity to play in the NFL... I love playing football. I know he does too," Brady told press after being questioned on Brown’s well-known off-field behaviour. "He's joining a group of guys who are extremely hardworking, extremely selfless... And anytime you can add another player to that mix, certainly of Antonio's calibre, it's only gonna help all of us grow, be better. I'm excited to get on the practice field and see what we can make of it."

Their faith paid off as Brown aided the Buccaneers towards an unlikely Super Bowl bid, finishing the 2020 season with 45 receptions for 483 receiving yards and four touchdowns. That Super Bowl was of course won by the Florida side last weekend, beating pre-game favourites, the Kansas City Chiefs, 31-9.

En route to his first Super Bowl triumph and completing an unlikely personal comeback, Brown still found time to go totally off script. Catching a Brady pass, Brown, one of the league’s best runners, advanced towards the Chiefs' end zone to score a touchdown with just six seconds remaining in the first half. The problem? He ran the wrong route.

“AB on his touchdown catch was supposed to go down and in and then pop back out,” said the Bucs’ quarterbacks coach Clyde Christensen during an interview on the Pat McAfee Show on Monday. “He goes out and pops back in, and I’m going through my head, ‘Did he run the right route? Did he just do the opposite of what he was supposed to do and we hit it for a touchdown?’ And that was the case.”

The last few years have been rocky for Brown but there’s no denying his greatness on the pitch and it’s clear why he’s been given so many chances. Now, with a Super Bowl win in his 11th season, it’s time for him to kick on and leave the bad behaviour behind him.