Football
Features
The German league is as unpredictable as ever, with Mauricio Pochettino potentially arriving
Matt Ford
12:26, 22 Nov 2019

Mauricio Pochettino is the name on everybody’s lips in Germany at the moment… And that’s before he has actually been offered the Bayern Munich job.

The sacked Tottenham boss has been linked by pundits far and wide with the vacant gig at the Allianz Arena, and his departure from the Tottenham Hotspur Stadium this week will cast a different type of attention over Bayern when they meet Fortuna Dusseldorf on Saturday.

The Munich giants are down in third following the rough start experienced under the fired Niko Kovac, with even a 4-0 battering of Borussia Dortmund in ‘Der Klassiker’ last time out unable to gloss over their current troubles.

Hansi Flick will once again take charge of FCB this weekend, but win or lose it will be Pochettino gaining most of the attention. For the time being the caretaker-boss has been given the nod to coach Bayern until January at least, but there is always the chance that Poch could come in ahead of time if a deal is done quickly.

Kovac’s departure had been on the cards after his tactical acumen was questioned by senior players – particularly Manuel Neuer and Thomas Müller.  The players found his training sessions unchallenging and lamented the lack of a clear offensive philosophy, with Bayern often reliant on individual quality, particularly from the outstanding Robert Lewandowski, who has scored in every single Bundesliga and Champions League game this season.

Following the retirement of Franck Ribery and Arjen Robben, the thankless task of initiating a changing of the guard fell partly to Kovac. His trust in Serge Gnabry has been vindicated, and he would have benefitted from the addition of Leroy Sané before injury ended a move which Kovac had prematurely declared done. Phillipe Coutinho did arrive and was preferred to Müller, but the Brazilian hasn’t impressed, while a more concerted push for Timo Werner may have nullified the need to sign Ivan Perisic as back-up for Lewandowski.

Developments upstairs were beyond Kovac’s control though. For the past 30 years, Uli Hoeness and Karl-Heinz Rummenigge have shared power at Bayern, most recently as club president and chief executive respectively, but they haven’t always seen eye to eye, as reflected in the club’s managerial appointments.

But with Hoeness now having stepped down after 10 years as president, the decision on Bayern’s next permanent coach will fall to Rummenigge – and Pochettino’s name appears to be top of his list.

Rummenigge has long been a fan of the Argentine, praising him as a coach whose possession-based philosophy “isn’t overly influenced by the opposition” ahead of the recent Champions League win over Spurs, but Pochettino doesn’t speak German, and that is traditionally a minimum requirement for Bayern. 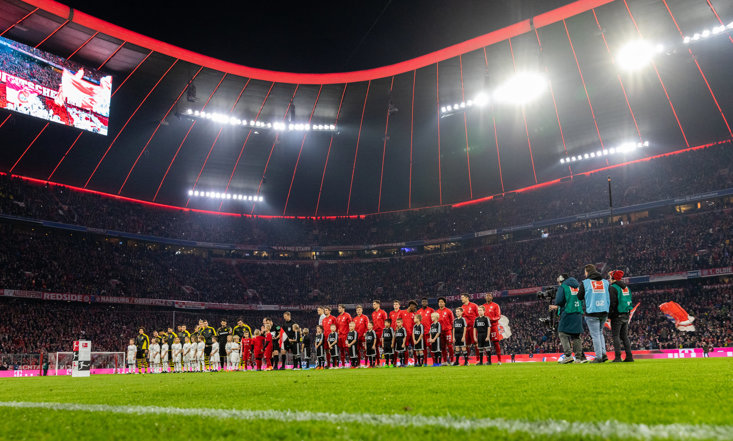 If Pochettino were to arrive at the Allianz, he would be walking into one of the most wide-open Bundesliga battles in years.

Borussia Dortmund host Paderborn on Friday night hoping to climb out of sixth place. Their 4-0 humiliation against Bayern last time out wasn’t the first performance this season to make a mockery of the club’s stated ambition to win the Bundesliga.

After falling two points short last season, Dortmund moved decisively in the summer to secure the services of Julian Brandt, Thorgan Hazard, Nico Schulz and Mats Hummels. And when it works, it really works. Barcelona and Inter can testify to that.

But when it doesn’t, Borussia Dortmund concede late equalisers, scrape goalless draws in derbies against Schalke and collapse completely against Bayern. That’s why Dortmund, who have lost their last six games in Munich by a combined score of 26-3, are accused of lacking “mentality.”

Marco Reus doesn’t agree. “You're really getting on my nerves now with your mentality bulls**t,” raged the BVB captain after the first of three consecutive 2-2 draws against Frankfurt, Bremen and Freiburg. Reus is right; labelling any team as “bottle jobs” is far too simplistic, but questions are being asked of Lucien Favre.

In his infuriatingly minimalist press conferences, he doesn’t convey the impression of a man comfortable in the role of a title challenger. The contrast with the charismatic and tactically astute Jürgen Klopp, still worshipped on the Yellow Wall, could not be greater.

Favre was brought in to steady the ship, but the Dortmund vessel isn’t watertight and is prone to flounder in stormier seas. 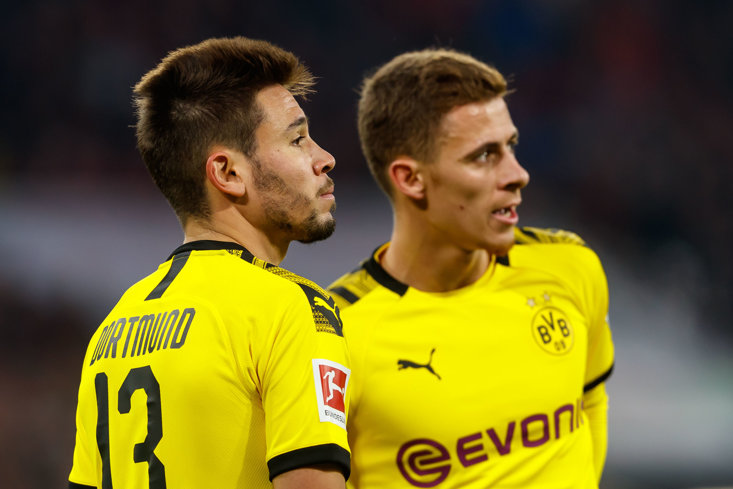 While Bayern and Dortmund struggle, Borussia Mönchengladbach have taken full advantage to go four points clear at the top.

The Foals have endured a rollercoaster ride in recent years, but the work of sporting director Max Eberl is starting to pay dividends. Indeed, the 46-year-old was crowned “Shopping King” for the third time this month by Kicker magazine in recognition of his savvy transfer market dealings.

In recent seasons, Eberl has recouped almost €100m from the sales of Granit Xhaka, Jannik Vestergaard, Michael Cuisance, Mahmoud Dahoud and Thorgan Hazard alone, money which has been wisely reinvested in players such as holding midfielder Denis Zakaria and striker Alassane Pléa. This season it’s Marcus Thuram, son of French World Cup winner Lilian, who has notched eight goals and five assists in all competitions already.

But Eberl’s biggest coup has been head coach Marco Rose, recruited from Red Bull Salzburg in the summer. Rose, 43, arrived with a reputation for aggressive pressing and rapid transitions, but his Gladbach side have also proven themselves to be confident and assertive in possession, too.

Which is exactly what Julian Nagelsmann is attempting to do at RB Leipzig. The 32-year-old took over from Ralf Rangnick this season with the aim of adding more possession-based control to the classic counter-attacking Red Bull philosophy and winning a first trophy in the club’s short history. Big recent wins over Hertha Berlin (4-2) and Mainz (8-0), two games in which Timo Werner scored five, mean RB go into this weekend’s game against struggling Cologne joint-second and in ominous form.

If any side is going to capitalise on the struggles of Bayern and Dortmund, it will be Leipzig or Gladbach, but the landscape may change once more if Pochettino arrives in the Bundesliga between now and the end of the campaign.