It’s both apt and ironic that Kevin Pietersen, the brash cricketer once known for his fondness of butting heads with anyone who crossed his path is now rhino-defender number one and slowly becoming a firm favourite on British television, covering everything from cricket commentary to comedian travel shows.

Hold up, the Kevin Pietersen? The man who holds the record for being the fastest player to cross 2,000 runs in One Day International cricket but was also the cricketer who ostracised himself, and attempted to ostracise many of his contemporaries from the field of play, so much so that by the end of his career he’d been exiled from the England camp and was plying his trade for substandard outfits in India and the Caribbean?

Well, break the news, spread the word, trumpet it from the rafters. Kevin Pietersen is back. And in 2020, where being a sport star is no longer enough, and charity and philanthropy are rightly in vogue, Pietersen’s notorious brash attitude and strong opinions are not just welcome in rhino country, they are steadily re-endearing him in the English public’s collective consciousness.

His BBC Radio 5 Live show about rescuing endangered rhinos, Beast Of Man has shown the sincere but heartfelt side to the man that was often lacking. That robot defending the stumps isn’t all machine, though has virtually the same efficiency. Pietersen helped produce the ten-part podcast at the tail end of 2019 on his travels back in his African homeland, over the course of the series making an impassioned plea to help save the animal from extinction. 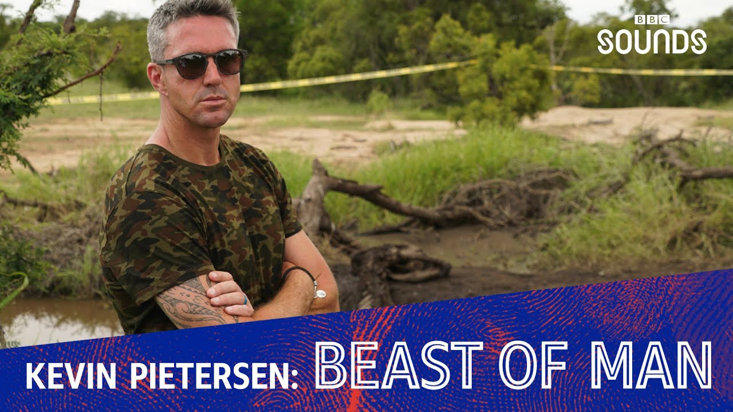 “I’ve dedicated the rest of my batting career for Batting for Rhinos,” Pietersen explained in 2018, “If we don’t do something about the poaching and the killing of them, they’ll be gone to us in twenty years.

“It pains me to drive a campaign like this because it shouldn’t be happening.”

Pietersen takes to charity games with his equipment adorned with rhino pictures, getting clubs for which he features to support a donation scheme that supports Anti-Poaching Patrol units in particularly hard-hit areas. This redemptive arc isn’t new. In fact - though blink and you’ll miss it - it's been on its trajectory ever since his dismissal in 2014. In that same interview with Graham Norton, Pietersen hinted on the sofa in which he was cosying up to John Cleese and Taylor Swift at his own faults and foibles, “One of the biggest mistakes I made was Andrew Strauss. Just before his 100th Test match I was involved in that text-messaging scandal.

“That just tarnished his week which should have been one of the greatest weeks of his career. And I regret that and I feel so sorry for that. It sort of tarnished and hurt our relationship a little bit that I didn’t like.” 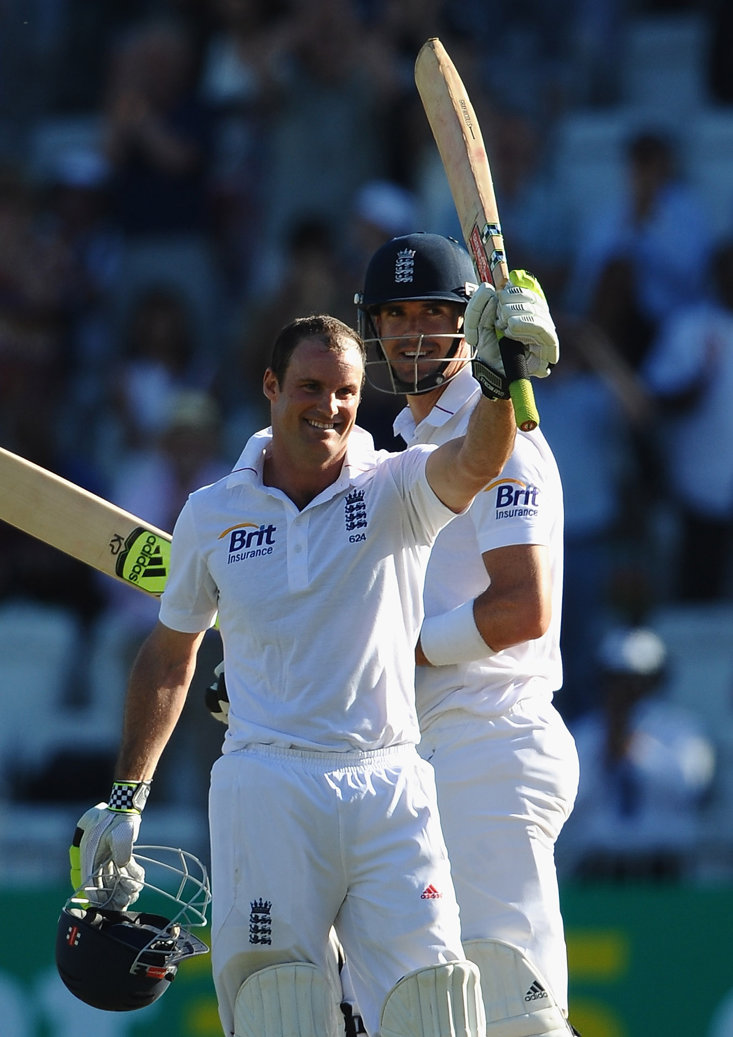 But things that made him a d*ck for England and cricket has subsequently made him a strong ambassador for it. He has even admitted that he regrets that ‘stupid hairstyle’ one of the most flamboyant image of the 2005 Ashes. Born in South Africa, Pietersen was first selected to play cricket for England in 2004. The following year, the batsman was front and centre of that successful side that claimed back the Ashes for the first time in 18 years. He captained England in 2008/09 and was named Player of the Tournament in England’s 2010 T20 World Cup win. However his international career ended in 2014 when he was sacked by the England and Wales Cricket Board, bringing to an end any extension of his 13,000 runs for country,

Soon, the release of his controversial 2014 autobiography, in which he attacked many of his ex-teammates, prodded the embers again.

“To be honest I find it very very sad that it’s all come to this,” said former England captain Michael Vaughan upon the text’s exposure, “Kevin Pietersen talking about Andy Flower in a negative sense, Matthew Prior, Alistair Cook, Andrew Strauss - I just can’t understand how it got to this stage where Kevin Pietersen wasn’t able to be managed by an England backroom team. Clearly he’s a difficult character. Clearly he has different ways of playing.” 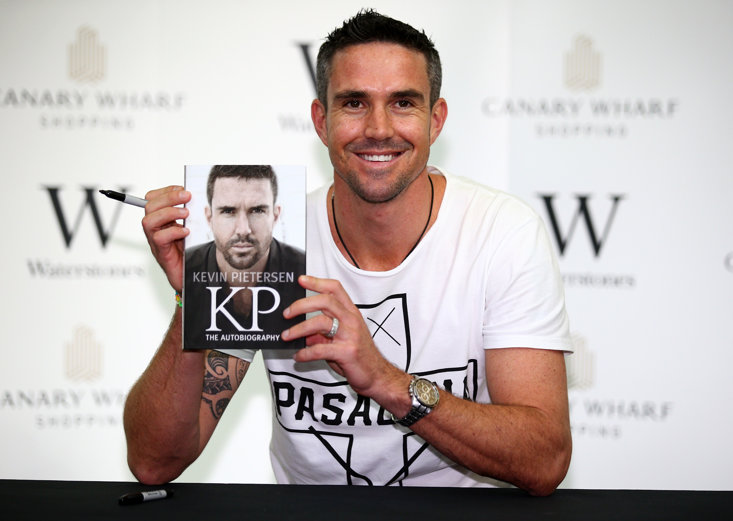 As a young man in Nottinghamshire Pietersen angered his own dressing room so much that captain Jason Gallian reportedly threw Pietersen’s kit bag out of it in anger. Following on, there was the parody Twitter account that leaked from inside camp, seen by many as trying to push him out. When Pietersen was left out of the ODI side when England played Pakistan in 2010, a decision on which Pietersen, using the platform of Twitter, unleashed his ire. There was the tweet-attack on commentator Nick Knight during the England-West Indies Test series in 2012, which landed him a hefty fine. It wasn’t the last time his sticky fingers on his phone would be detrimental to his career. Of course, the proverbial nail in the coffin came with the texting scandal after his standout Test in South Africa, and though he was indoctrinated back shortly after into the side, it was short-lived. The 2014 Ashes fall-out in Australia saw Pietersen finally dismissed from the England camp by the ECB and returned home, tail between legs.

Difficulty with working with others appears to be as much his forte as his batting, with various nemeses appearing in the forms of England coach Peter Moores, South African captain Graeme Smith (in his words, ‘a muppet’), and Michael Vaughan. Pietersen’s outspokenness, cocksure attitude, and inability to back away from a confrontation has brought both fans and detractors, though he is undoubtedly someone you’ll want in your corner to get an important societal or environmental issue across. 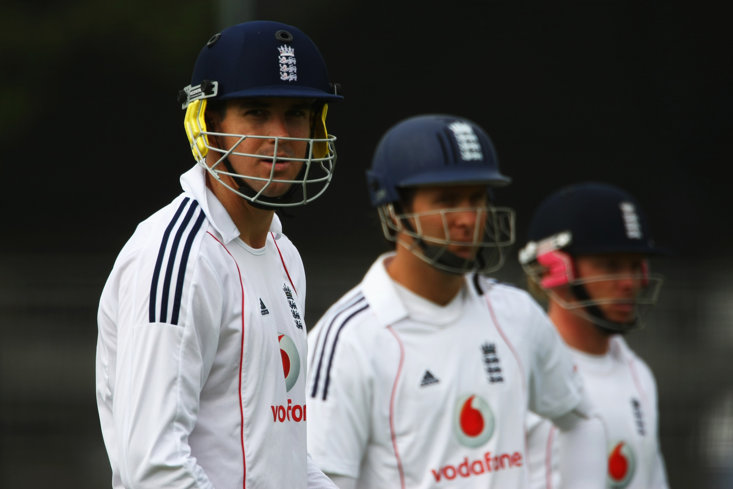 Whatever opinion possessed of the opinion, for all his former faults, it should be applauded that Pietersen is finally using that mouth that got him into trouble to get good causes out of it.