Liverpool fans will get a little taste of life without Jurgen Klopp on Tuesday night.

Their side take on Aston Villa in the Carabao Cup quarter-final shorn of their entire first-team squad and even their rock-and-roll manager due to the proximity of the tie to Wednesday’s Club World Cup semi-final in Qatar.

With Klopp and the senior squad already in Doha ahead of the clash with Monterrey, it is under-23s head coach Neil Critchley who will lead a youthful-looking Reds side for the trip to Villa Park.

The 41-year-old first arrived at Anfield in 2013 after being headhunted by Brendan Rodgers to replace Steve Cooper as the under-18s coach in a new-look youth setup, with well-liked academy head coach Rodolfo Borrell and director Frank McParland sacked as part of the reshuffle.

It was new academy director Alex Inglethorpe who approached Critchley about joining the staff at the club’s Kirkby youth facility.

“Alex approached me out of the blue. I did not know him. I had no contact with him or Brendan before then so you will have to ask how I came to their attention,” Critchley told The Daily Telegraph. “I think word of mouth in football points people in the direction of those thought to be doing well.

“So I met him and Brendan and it was such an honour to be asked to join Liverpool. You don’t turn down that opportunity.” 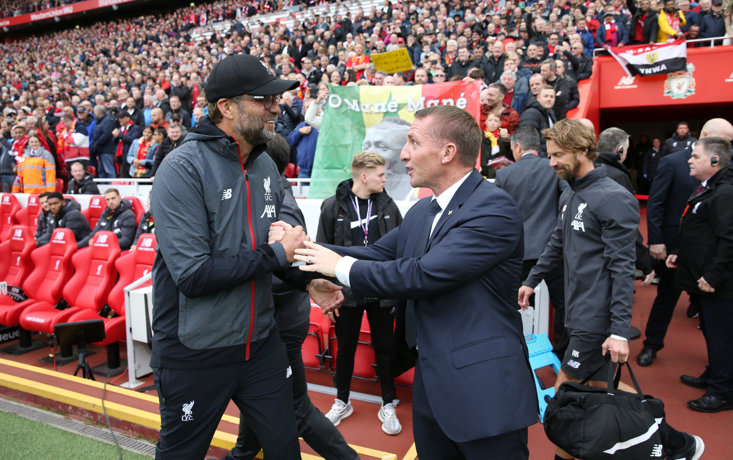 Rodgers and Inglethorpe had clearly been impressed by Critchley’s work at Crewe Alexandra, who he had first joined as a 10-year-old playing prospect. He would play only once for the Alex’s senior team, with legendary Crewe boss Dario Gradi among those to quickly identify him more as a budding coach than a player of any great repute.

“Dario played such a massive part in my youth,” Critchley told the Liverpool Echo in 2013. “He had the foresight to see that I might not make it as a player but he thought I’d be a good coach. I think he saw that I had a good footballing brain.

“Dario got me involved in coaching when I was a youth team player at 17 and it started from there. Growing up I desperately wanted to be a footballer but at 18 or 19 it started to dawn on me that I might not make it.

“At 24, I decided to stop playing completely. It was a big decision but it was the right one. I didn’t miss playing that much because I loved coaching and teaching the kids. I also did first-team match analysis and scouting which was a great education for me.”

As Crewe’s youth coordinator between 2007 and 2013, Critchley was involved in the rise of future Premier League stars such as Nick Powell, Ashley Westwood, Billy Jones and Nicky Maynard. That helped to make him known to Liverpool and, following his success with the Reds’ under-18s, he was handed the under-23s job in the summer of 2017.

Around Kirkby he is known to be a personable figure, always willing to be giving of his time whether with those in his squad or with other Liverpool staff or visitors. As somebody who had to forge his way into the game with little in the way of a reputation, he remains grounded regardless of the achievements of the players he has overseen since joining the Reds.

Since his step up the likes of Ryan Kent, now with Steven Gerrard at Rangers, and Harry Wilson, on loan with Bournemouth, have caught the eye away from Anfield, but others appear ready to make their names within the Liverpool setup.

As the club’s success rate has increased under Jurgen Klopp, so have the windows of opportunities for Critchley’s under-23s players at first-team level, particularly in the Carabao Cup.

Seven youth stars were called upon for the 2-0 win at Milton Keynes Dons in the competition, while the same number played in the astonishing 5-5 draw with Arsenal in the last round. Curtis Jones, who scored the winning penalty in the shootout which followed, has been joined by Neco Williams in gaining an immediate call-up to the Club World Cup squad, ruling them both out of the Villa clash. 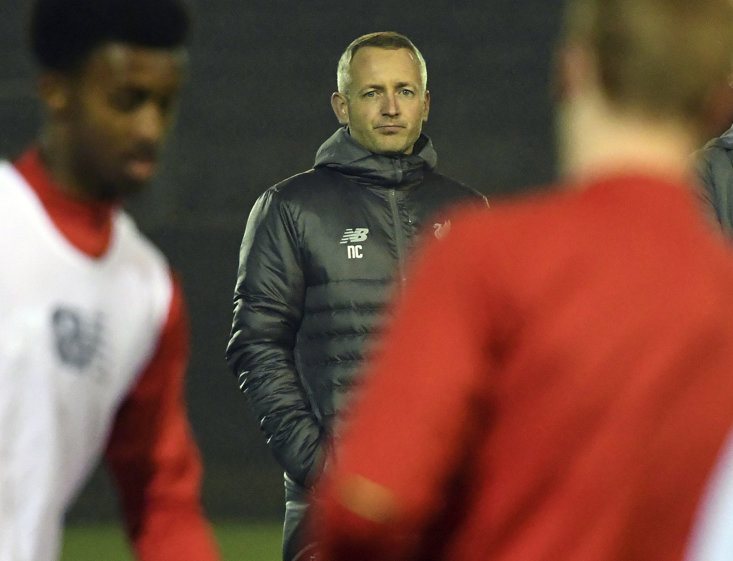 “Coaching is about putting players in situations they are not used to and seeing how they respond to that challenge,” Critchley told the Telegraph. “So when you see Curtis Jones under that pressure, walking up to The Kop and scoring that winning penalty… you see it not just as a great moment for the players and for Liverpool, but also their families.

“At this level you see yourself as a guide, really. They will have many mentors during their career at the academy. It is like a pyramid rather than a path, working your way through to that top end.”

If things go well for Critchley and his side at Villa Park, there could be some involvement in Qatar for a couple more youngsters, as the coach revealed on Monday:

“I believe there’s a flight waiting. It might depend on how they play in the game, so we shall see. I think one or two might take that journey. I might try to sneak on the flight myself!

“It’s a great opportunity for all of us, myself included. I’ll be very proud to lead the team out. But the pride I will have will come from the players playing to what they’re capable of.

“The group of players that will take the pitch is one that I work with constantly, so it’s not like we’re throwing a team together. It’s important that we go and play like a Liverpool team.”

As humble as he is personable, Critchley adds that he isn’t about to make the Villa game about him:

“I am honoured to be in this position. I am someone who prefers to do his work in the background. This will be a little different.

“I love this job and come in every day wanting to make these players better. Where that takes me in the future, who knows. I am aware of what it means. To lead a Liverpool team in a cup game is fantastic. But I like the idea of this being all about the young players.”