Football
Features
His move to the Toffees has allowed him to do things his own way
Kris Voakes
18:00, 15 Jan 2021

James Rodriguez’s career so far has been a great big ‘what if’. Whereas some footballers arrive at superstar clubs and are able to play above themselves, delivering an extra 10 per cent thanks to the quality around them week-in, week-out, others are hindered by the expectation or by the more restricted roles they are asked to play.

The Colombian appeared to fall into that latter category during his spells with Real Madrid and Bayern Munich. Having caught the globe’s imagination at the 2014 World Cup, James was expected to be a monumental addition at the Santiago Bernabeu following his £80 million transfer within weeks of his star showing in Brazil.

But while he had revelled in the responsibility of being the central focus of attack in his successful stays with Porto and Monaco, James didn’t find being a big fish in a gigantic pond to his liking. At Madrid he was sharing attacking spaces with the likes of Cristiano Ronaldo, Gareth Bale and Luka Modric. And when he moved to Bayern on loan, Arjen Robben, Franck Ribery, Serge Gnabry, Kingsley Coman and Thomas Muller all had ideas of how to influence play which didn’t necessarily fit in with James’ nature. 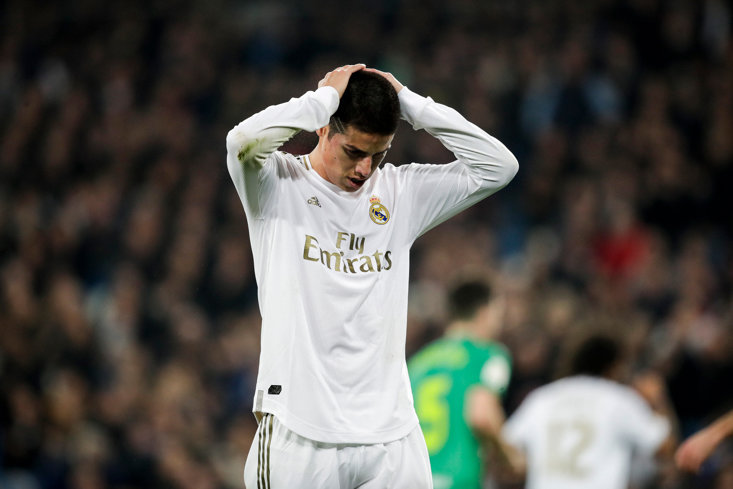 This was in stark contrast to his experiences with Colombia. When playing with the national team he has been the star attraction, being both the focal point of the play and the golden boy of his country. Supporters cheer his every touch, the media hangs off his every word, and the coach knows better than to do anything other than give James the ability to affect the game in whatever way he conceives.

But you can’t get away with that at a behemoth of a club unless you’re Ronaldo or Lionel Messi. There needs to be a bit more give and take, a bit of adaptability on both sides. So when James took the step down to join his old boss Carlo Ancelotti at Everton last summer the excitement was understandable. Here was one of the most dazzling talents in world football signing for a club who could afford to give him a far longer leash. 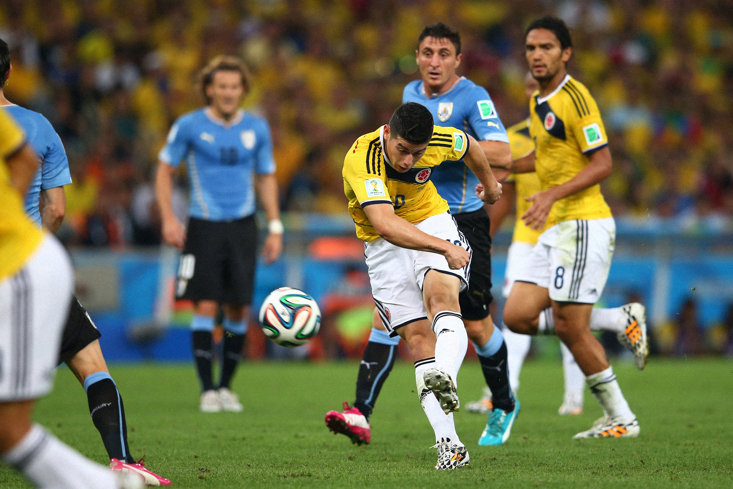 At Goodison he has proven to be an inspired addition, given the licence to come off his starting wing position whenever he feels the need, affecting play however he sees fit. It is no coincidence that Everton have made their best start in seven years, and Dominic Calvert-Lewin has kicked on to become a 14-goal striker and international centre-forward in the four months since James first pulled on a Toffees shirt.

Calvert-Lewin’s form has come as no surprise to Ancelotti though, with the Everton manager saying at the beginning of the season, “I said to [Dominic] ‘You have to score at least 20 goals’. If I played as a striker and I have behind me James, Gylfi Sigurdsson and Andre Gomes I could score goals, and so they have to.”

For a club like Everton, the priorities are different to those at Real Madrid or Bayern. Success is not counted in trophies won. Defeats are not debated on the front pages for three days straight. At Everton the main job is pumping pride through the veins of their supporters, and 2020-21 has seen a new strain of that pride. 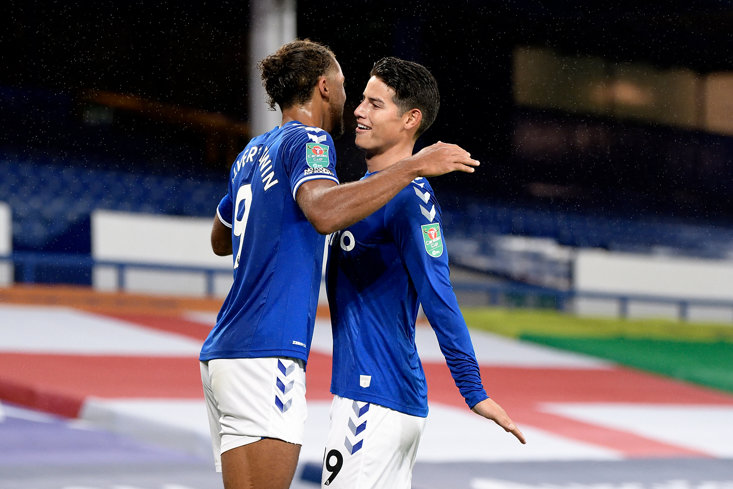 Evertonians love nothing more than to see their side entertain, and James is the entertainer in chief with his quick feet, quicker mind, and the silkiness to seduce any opposition defender. So long as Rodriguez and co continue to deliver eye-catching football, the team is doing its job in the eye of the Goodison faithful.

When you live in the shadow of a bigger rival club, supporters are forever having to justify their reason for following the so-called ‘lesser’ team, and right now James is all the excuse you could need for sticking the Toffees on the telly.

On his day, he is the most exciting player to watch in the Premier League, and unlike his spells in La Liga and the Bundesliga he is now being heralded more for the good days than he is castigated for the bad. And it is in that kind of environment that James Rodriguez revels most. He is as made for Everton as Everton are made for him.