Manchester City are going to Wembley again. Manchester United are fielding questions about their readiness for the big stage again.

Wednesday night’s 2-0 success for Pep Guardiola’s side in the Carabao Cup semi-final at Old Trafford underlined what many have suspected for some time, that while United are currently better positioned to challenge for a Premier League title it is City who are most likely to come up with the goods when it counts.

Second-half goals from John Stones and Fernandinho were the almost inevitable consequence of City having more than 60 percent of the play. They also served as a reminder that, of these two sides right now, it is still City you would back to provide the quality.

There was a lot of talk earlier this week which suggested the very thought of United topping the Premier League was something of a novelty. It was an alien concept. For many, this United side, managed by Ole Gunnar Solskjaer, just don’t look, smell or feel like a title challenger. Their position in the table – second, behind leaders Liverpool on only goal difference and with a game in hand – is not enough to persuade them that there is something developing at Old Trafford. 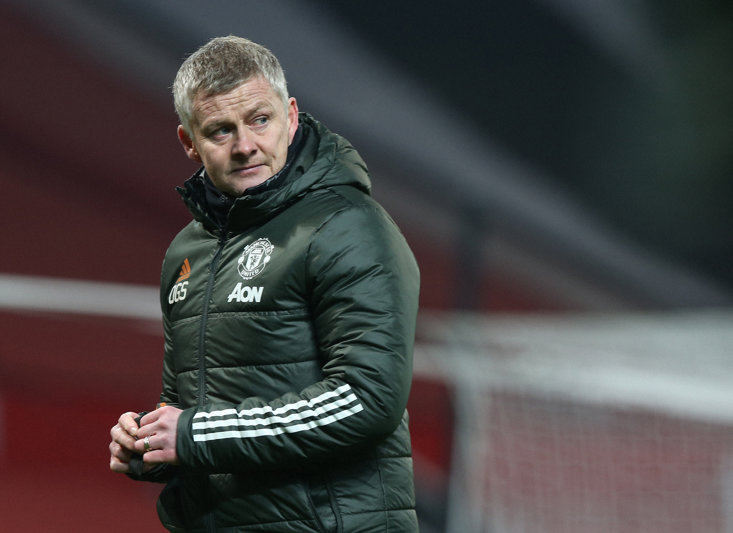 Against City, we got a picture as to why United are still not taken seriously. For the fourth time in two seasons, they lost a major cup semi-final. Once again, they looked suspect at the back, short of invention in midfield, unable to come up with anything in the final third when given the ball against a back line of real quality.

For Solskjaer and United it means they still haven’t really proven themselves as anything beyond what their critics claim them to be: a counter-attacking force who have snatched results from the jaws of defeat but offered little else. A small-club mentality being acted out with a big-club badge on the chest.

In some senses, to level that at them is to forget a lot of what Sir Alex Ferguson brought to Manchester United. The Scot’s great sides were also often found counter-attacking into space, and regular come-from-behind wins were what made ‘Fergie Time’ so famous. But that is not to say that the critics are wrong. Guardiola’s side always looked to carry the greater threat on Wednesday night, and that is by no means a surprise. 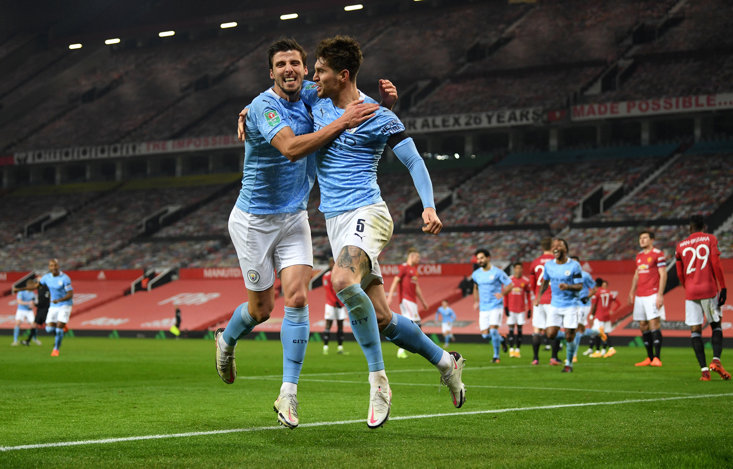 “City are finding form at the right time” is a widely used phrase already in 2021 such has been their form in recent weeks, and a fourth successive Carabao Cup final appearance certainly backs that up. Guardiola is 90 minutes away from a ninth trophy since arriving at Eastlands in 2016. Solskjaer, meanwhile, has fallen at the penultimate hurdle again and remains eight years removed from his last silverware: the 2013 Norwegian Cup.

In a closely-contested domestic season to this point we have seen a number of turn-ups. The likes of Everton, Aston Villa and Southampton have rocked the boat with regularity, while Liverpool and City have been far from last season’s sizzling best. But City returning to the League Cup final brings a sense of normality back to the calendar.

Pep has never been a man to take knock-backs lying down. He has yet to go two years without a league title in his 14-year managerial career to date and you wouldn’t back against him rallying City when it matters this time around. Across the town, though, there is a distinct need to show that the red side has even half the big-game belief of their noisy neighbours.