Judd Trump aimed for the pocket of the top-left. A difficult angle but potting the red would allow him to continue his break of 63. His opponent rested on one. This was cruise control anyway - he was too far ahead. There was collective disappointment when the rouge ivory tickled the Strachan cloth edge, teasing the neck of the hole but remaining delicately on the table. Groans omitted from the crowd. Not simply for the missed shot, but that this sublime spectacle had reached its conclusion.

After an awesome display, an 18-9 frame result, and arguably the greatest final The Crucible had ever seen, the 2019 World Championship belonged to Judd Trump. In doing so, Trump had become one of just eleven players to win the Triple Crown of snooker with success at the three most prestigious tournaments in the sport: the World Championship, the UK Championship, and the invitational Masters. Among those eleven luminaries is Alex Higgins.

Like ‘The Hurricane’, Trump had achieved it with an emphatic, breathless whirlwind performance, or ‘superhuman snooker’ as presenter Hazel Irvine deemed, that could only leave his challenger in awe. Emerging from his seat, John Higgins had put his cue down to congratulate the champion after a record-breaking two day final. Concession was honourable, his following speech gracious. “I was the lucky one,” John Higgins said, “I didn’t have to pay for a ticket.”

Furthermore, Trump had just collected half a million in prize money.

Almost half a century earlier, Alex Higgins was just 22 when he won snooker's World Championship at his very first attempt in 1972.  The man he had to beat was his hero, John Spencer. 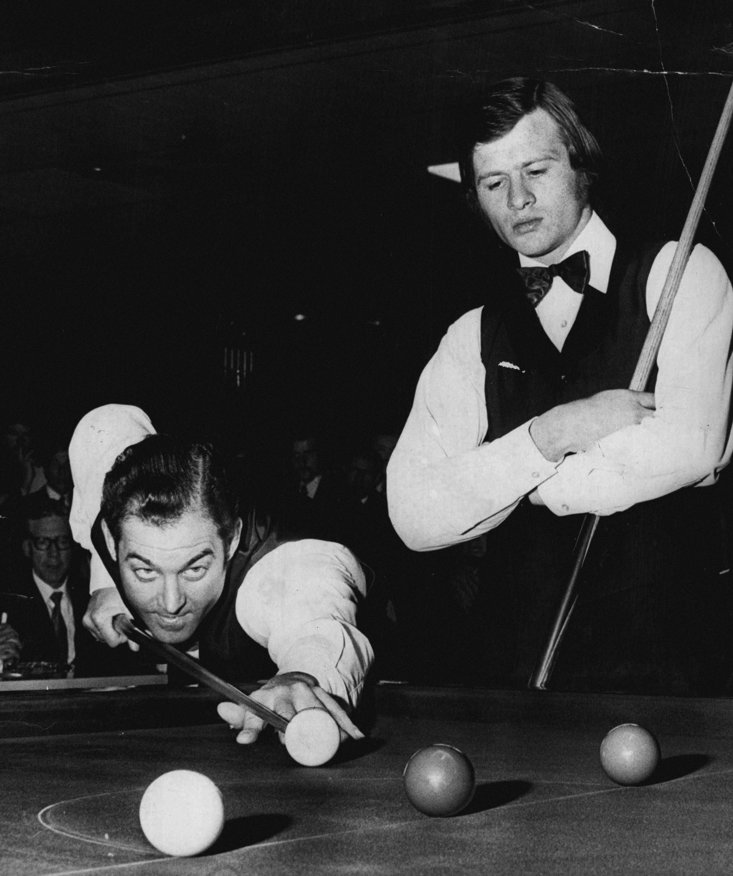 Higgins, 22, won the World Championship at his first attempt in 1972 (Getty Images)

Higgins was a £380 World Champion.

The man he displaced, Spencer, had had to only beat seven other professionals for the crown. The top table, so to speak, of snooker was dictated by the board. Spencer was the exemplar, entrance was provided by adhering to a certain image and character: being courtly, cordial, and cultivated with a cue. Higgins however was the TNT that would detonate within the establishment, breaking through the barriers of snooker as he did with the ball off the baulk line.

Honing his talent in the dark, gloomy-lit, smoky snooker halls of Belfast, after school, during school attention for the sport grabbed the working class. Those dingy rooms in the Northern Irish capital started becoming packed. Alex Higgins was money, he was box office. He just needed a more visible arena. Like other professionals of the time, Higgins had to support his burgeoning career by participating in exhibition matches. As word spread of his playing power, he became fully-booked across the United Kingdom, and as the TV documentary ‘Like a Hurricane’ explained, ‘travelled alone from Accrington to Ilfracombe, from Middlesbrough....everyday there was yet another journey, yet another destination.”

Higgins was a hand grenade, but aim at the vault and expect a rain of notes to flutter.

His vices were well documented: drink, drugs, gambling, verbal and physical violence, dalliances with married women (leaving him with black eyes, either from the object of his affection, or a disgruntled husband). But that energy of the nonconformist drew audiences to the arena. 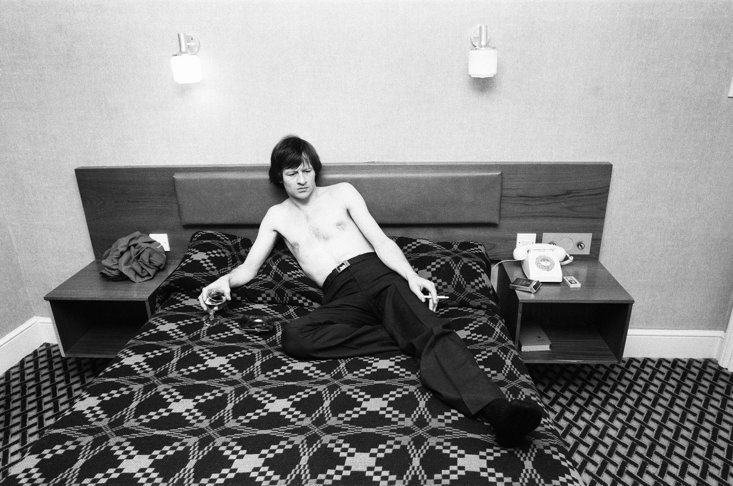 “The sheer spirit of the man just came through. And you never knew what type of Alex Higgins was going to be there.”

Higgins loved the limelight, and was dubbed ‘The People’s Champion’, endearing himself through the greater visibility snooker and he had afforded each other. Before 1980, only the final of the World Championship was televised, and then for just two hours. Higgins’ elevation of the sport meant full 17-day coverage by the BBC, around the time it found its famous home at The Crucible in Sheffield. “He was like a breath of fresh air for snooker,” described Hearn, “He was the one who put bums on seats.”

After missed opportunities in 1976 and 1980, Higgins reached the summit again in 1982, tearfully calling forward his wife and daughter as he was anointed world champion. Higgins was used to providing the entertainment and exclamation, but this time it was emotion. 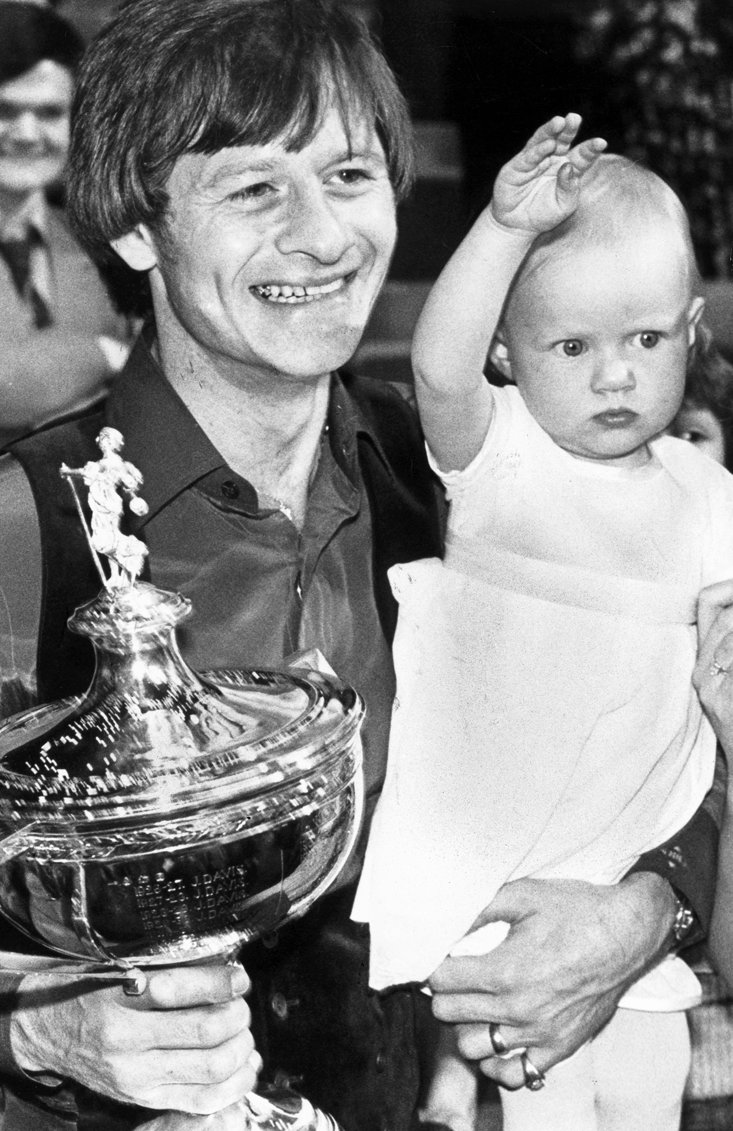 Ronnie O’Sullivan who, like Trump, has been one of the clearest-cut examples of taking Higgins’ baton, would regale the first time he met the Northern Irishman at the Barking Snooker Centre, where he was warned to keep a tight hold on his cue, equipment his dad had mortgaged his car for, with Higgins notorious for desiring special ones that he liked.

“If it wasn’t for Alex I do believe that snooker may not have had the injection that it had and would have rised [sic] as quickly as it did to become popular in the eighties,” O’Sullivan would later declare.

“If you ask most snooker players, they would agree, he was ahead of his time.”

In concurrence, said fan, friend, and former featherweight world champion boxer Barry McGuigan, “He was great to watch, he just went out on a limb just to give people the type of entertainment they’d never had before.” 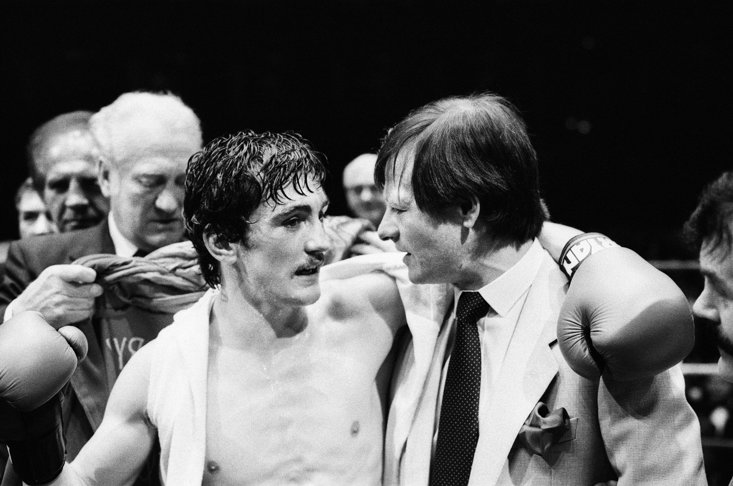 In one of his final interviews before his death on July 24, 2010, Higgins told The Telegraph:

“I think I was one of the most natural, charismatic players who ever lifted a cue. I think my presence around a table was mesmerizing at times. It captured people.”

“The audience knew I was trying to entertain.”

“I have such a great affection and love for playing snooker.”

To this day Higgins still holds the highest break to win a World Championship.