When the worlds of sport and style unite, rarely is anything so satisfying as when the athlete’s uniform becomes a street fashion statement. Think of Fred Perry, Liam Gallagher at Maine Road, or the much-missed NBA jersey trend of the 80s and 90s, worn any time, any place. Whatever your aesthetic preference, the rugby shirt can most definitely be added to that list. The ones you will see in action in the Six Nations Championship over the next couple of weeks are the result of centuries of fine-tuning.

A sport that has existed in some form or another since the 12th century before finally being gentrified in the 19th, the creation of the rugby we know and love today is usually credited in a fabled tale to the man with his name on the World Cup, William Webb Ellis, simply daring to run with the ball at The Rugby School, Warwickshire, in 1823.

It was later in the mid-1800s in order to differentiate between teams that the rugby livery was born. However, in order to play this game in this era, you’d have to get the right wardrobe ready. That would mean putting down that stiff-collared polo-looking shirt, you supposed traditionalist. For required would be a white button-down shirt, matching white trousers, and walking boots.

Take a moment to picture it. Go on. And please be aware, that if that fact has suitably shocked, it won’t be the last of the more flamboyant style choices that have featured in the scrum…

Quite predictably, the bow tie ensemble didn’t last the distance, as the kit evolved at The Rugby School - who had the first known team to play in any kind of uniform. The bright idea of using woollen jumpers now sounds excruciating, and quickly became outcast in favour of the recognisable heavy-gauge cotton shirts. Long flannels and shirts and caps were made out of loose-fitting material which were far too easy to grab on to, giving the defending side an advantage against the attack.

This was the case until synthetic fibres were developed and became cheaper and more readily available. The caps were also realised to be impractical and the long white trousers eventually became shorts. While sensibility and logic prevailed in this sense, other decisions retrospectively baffle. In the late 1800s, some saucy sports stars even decided to wear the monocle. The monocle: 30 blokes running round a muddy field dressed like Mr Peanut. 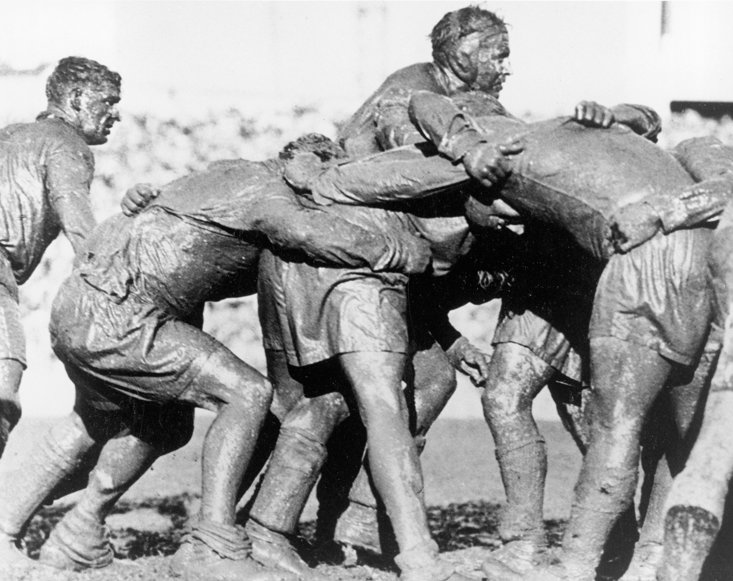 But in the classic long sleeve cotton jersey, rugby had its staple. Drowning you in the winter through lashings of rain and making you sweat profusely in the summer, the biggest innovation across well over a century was merely the introduction of rubber buttons, and with that came shorter collars so that they couldn’t be grabbed hold of and the buttons wouldn’t scrape a player’s face. When football rolled around in the last chapter of the century a deal was formed with teams which stated rugby would use horizontal stripes, whilst football shirts would use vertical stripes.

It was in the 1950s that people visibly wanted to channel their inner-Bleddyn Williams as the sport infiltrated the street, from the pub to pounding the pavement, with the long-sleeve, heavy style offering comfort and warmth while looking visually pleasing. The largely boldly colourful or striped jerseys produced the biggest style statement, their brash colours with contrasting collar proved popular both on and off the pitch. It remains immediately identifiable: the garb of the person you want to have a drink with in the local boozer or not, the costume of both the working man and every public school toff in every film ever. 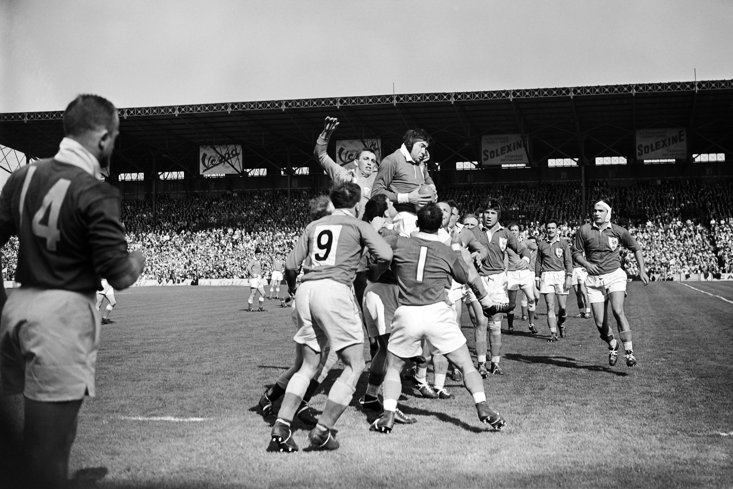 But it was in 2003 - the year that England were crowned kings of the world - that the rugby shirt enjoyed its most seismic change. Incredibly, it was only eight years after rugby union had become professional over 170 years after rugby’s establishment. Like most things rugby-related, it was the All Blacks that led the way in the sport’s evolution, New Zealand being the first proponents of the tight-fit. Following a noticeable on-pitch advantage, head coach Clive Woodward asked Nike to produce a similar design for his England team, outspokenly believing the figure-hugging new kit would give his men an edge at the Rugby World Cup Down Under, with its less grabbable material also retaining less sweat than its predecessor.

Kit-wise there was no looking back, with England becoming the first nation to lift the Webb Ellis Cup in the newly-adopted attire. 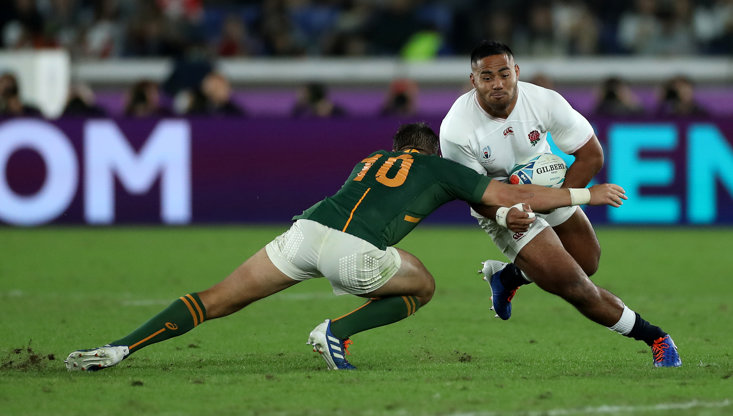 The kits are now scientifically designed with synthetic fibres creating tighter-fitting shirts and hugging the body (six packs ready or severe breathing is required). Whilst this not only makes it more difficult for opponents to grab each other by their shirts and level the playing field in attack and defence, the breathable fabrics are designed to be tear-resistant and better at sweat control. Undetectable rubber bubbles on the chest and shoulders are designed for better ball-catching and grip. In a visual sense, techniques such as dye-sublimation printing have allowed direct printing on to polyester or other synthetic fabrics for logos, sponsorship, and name printing.