Our domestic trophies now take a backseat in the football calendar, restricted to a whisper among the noise of the Premier League and European glory but the Carabao Cup still provides plenty of drama.

Top-flight clubs nervously ready themselves, desperate to avoid a shock exit while the Football League select lick their lips at the prospect of slaying one of the big boys.

In the last decade, 21.8% of second round ties have resulted in a lower league scalp while in 2012, 10 of the 25 clashes resulted in a team beating a side from a league above.

However, with the title race and Europe a closed shop for many, this competition provides most Premier League clubs with their best opportunity to win silverware.

Here, we rate the chances of a giant-killing in Tuesday and Wednesday evening's fixtures, while we also assess whether a team outside of the top six can upset the status quo and lift the EFL Cup at Wembley in February. 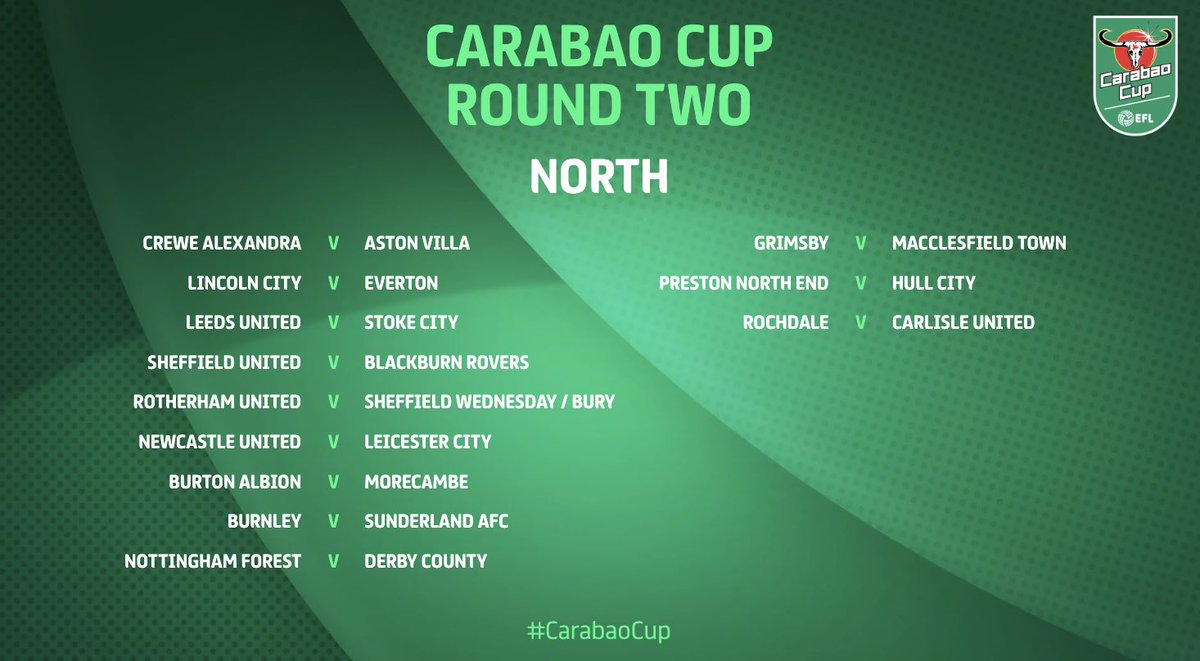 This was a Premier League fixture only six months ago but, following the Cottagers’ relegation, they head into this one as underdogs.

They’ve had a mixed start to life in the Championship - after an opening day defeat by Barnsley, they won three on the bounce, playing Millwall off the park in the process, but lost at home to Nottingham Forest.

Southampton look shaky at the back, despite a clean sheet at Brighton, and we fancy Fulham to claim victory.

Confidence will be sky high among the Villans squad after they sealed their first Premier League win of the season against Everton on Saturday.

Though survival will be the main aim for Dean Smith this campaign, they should have too much for League Two Crewe.

Could they go all the way in this competition? Their focus is elsewhere.

Colchester make the trip to the capital with just one win this season in the fourth tier.

While Palace should ease to victory, their ability to beat the big boys (Palace are the last away team to have won at Old Trafford, The Emirates, Anfield and The Etihad) could see them go far in this season’s tournament.

Darren Ambrose, scorer of one of the great League Cup goals for Palace at Manchester United, ended his career with Colchester - any excuse to see that goal again.

This could be an opportunity for Rovers as the Blades are yet another side putting their energy and effort into Premier League survival.

Sheffield United did the double over Blackburn on their way to promotion last season but one too many changes and they could slip up.

In the last decade, Watford have been dumped out of the League Cup at the second round stage on seven occasions.

Back in 2017, it was at the hands of Bristol City, 2016, Gillingham beat them and a year earlier, Preston knocked them out.

As Watford prop up the Premier League with zero points, the Sky Blues have a chance.

Carabao Cup
@Carabao_Cup
⭐️ ROUND TWO MAGIC MOMENTS ⭐️
❓ Most hat-tricks
❓ Most goals in one game
❓ Biggest away win
Do you remember any of these moments from the Cup's history?
#CarabaoCup | #MagicMoments
4
41

Brighton will be looking to bounce back from Saturday’s home defeat by Southampton, though the Memorial Ground will be a test.

The Pirates are in mid-table after five League One matches but this one could go either way.

In seasons gone by this would be a really good bet for a ‘cupset’. However, West Ham look a different animal this season and we think they have too much talent not to get the job done in Wales.

Famous last words as they say, as Newport have beaten Leeds and Leicester in recent seasons.

The Toffees have started slowly and the pedestrian nature of their defeat at Villa Park was a cause for concern.

They’ll be looking to bounce back as they aim to end their 24-year wait for silverware.

Lincoln, who put up a solid fight at Goodison Park in the FA Cup last season before being undone by Bernard, could make life difficult again for Marco Silva and his men.

This is the homebanker of our rundown. The Cherries love to score goals and are as efficient as they are exciting going forward.

They should have too much in attack for Forest Green and we reckon they’ll be untroubled.

Not so much a ‘giant-killing’ when two top-flight teams meet, though the Foxes will be the much-fancied side, here.

However, after Newcastle’s heroics against Tottenham, fans will be buoyed to get behind Steve Bruce (some of them, at least) and could progress to harness the negative vibes which envelop the club during the current era.