Despite never winning the Champions League, Buffon is the greatest goalkeeper of the 21st century, and the evergreen goalkeeper has shone in the 2010s.

In a battle with Real Madrid’s Iker Casillas, Buffon’s longevity at the very top of the game and his stellar record sees him come out on top.

Unbelievable saves and reflexes of a cat, he was the ultimate shield in front of goal and part of a consistently solid Juventus backline.

The pocket rocket Brazilian was playing at the top level well into his 30s, giving wingers across Europe a torrid time.

Seemingly getting more energetic as he got older, the defender moulded classic wing-back play with all the attributes needed to dominate today’s game.

Immensely strong and a constant support for his attacking team-mates, he had a giant role to play in the three Champions League trophies he lifted with Barca and the nine titles he scooped across Europe.

A tower of strength for Barcelona’s passing megastars, Pique is the bedrock on which the Catalan giants could build their success.

So good is he at bringing the ball out from the back, and so high are his concentration levels, he was an ideal fit for Barca’s Tiki-Taka domination.

A real defender able to put his body on the line, he was often the man at the very start of the attacks before, ultimately, everyone gave the ball to Lionel Messi.

A born winner, Ramos mixes quality with nastiness, going to great lengths to win at all costs.

Never afraid to use the dark arts, the Spaniard is an animal in his duties, scrapping for every ball with full-blooded commitment.

Leading by example with a giant presence at the back, he can play too and will go down as a Real Madrid great having guided Los Blancos to La Decima and beyond.

Just like compatriot Dani Alves on the other side of the pitch, Marcelo just didn’t stop.

A brilliant attacking weapon from deep, his assists record speaks for itself and he is another key player in Madrid’s consistency for winning the Champions League.

Curling it, drilling it or floating in, he is a striker’s dream with brilliant delivery. 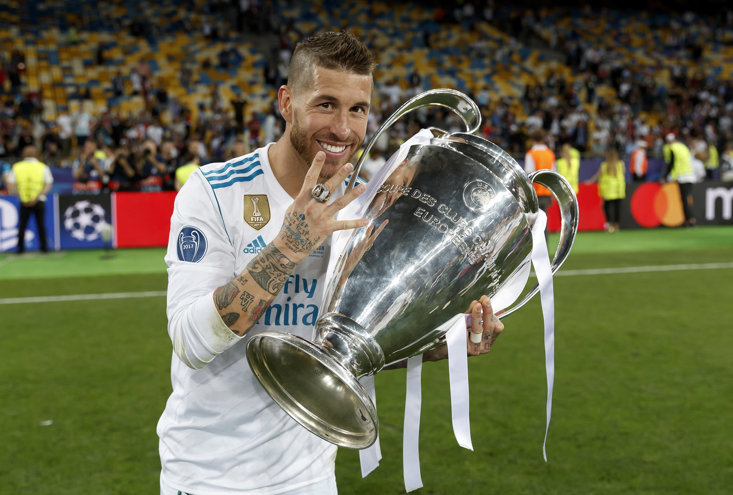 The man who finally broke up the Messi/Ronaldo duopoly on the Ballon d’Or.

Modric’s ability to always find space in a packed midfield is another level, and his nous for a quick touch and ball forward is near impossible to counter.

Drifting across the pitch at ease, he is a dream to watch. There is always a pass on for Luka.

Such was his delicate touch and vision, he would more often than not float through matches, sweeping the ball from the back and into attack with majestic ease.

An extraordinary football brain, Xavi would paint pictures on the pitch and see things an age before anyone else. He always seemed to be one step ahead of his opponents.

A little younger than Xavi, Iniesta soon caught up in terms of global recognition.

With quick feet, he could jink in and out of two players in a split second at any angle he fancied.

The turf around him at Camp Nou always seemed vast. Such was his ability on the ball, time would seemingly freeze as he weighed up his options.

The Xavi and Iniesta axis was a huge factor in the Messi-inspired Barca revolution which burned brightest this decade.

The best ever, arguably. The best this decade? Probably. Pushed close by Cristiano Ronaldo, this is the decade in which Messi took football to the next level.

Unreal natural ability, his showreel of the last 10 years would make for a picture-book classic.

We’ve stopped being shocked by his majesty. He does things that shouldn’t be at all possible on a football field but, such is his talent, we’ve come to expect it.

With ‘only’ two Champions League triumphs to his name since 2010, he is deserving of the plethora of individual awards heaped on him.

The ultimate goal scorer on the European stage, the Bayern striker is somewhat unfortunate to be playing in the same era as Messi and Ronaldo as his exploits should surely earn more recognition on the biggest stage.

With 10 goals in five Champions League games to his name already this season, he is in red hot form for the Bavarians on the continent.

Lewandowski is lethal in the area and once one goes in the floodgates usually open. Scoring constantly with both Dortmund and Bayern Munich, he is fully deserving of the titles he has won at the Allianz Arena.

What Messi boasts in natural ability, Ronaldo matches with workrate and desire.

He dragged Real Madrid to European Cup glory, such was his desperation to write his own name into the pages of football history.

The scorer of one of the greatest goals in European history, that overhead kick against Juventus saw all four corners of the stadium stand to applaud before his switch to the Italian giants.

His sole focus for the 2020s will be to repeat his Real heroics with the Bianconeri.